The jocks, taffs or Ukraine in with Gareth’s brave boys.

There’s almost no chance of us not qualifying is there?

Senegal have a nice draw. On paper have an excellent team.

There’s almost no chance of us not qualifying is there?

There’s only a few more European spots I think? We couldn’t qualify for a 24 team Euros last time

Migs gets to the nub of the issue 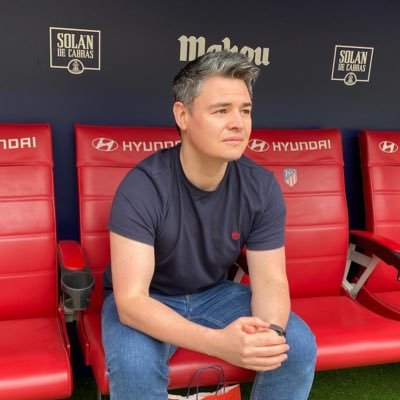 @MiguelDelaney
It’s just occurred to me that, with a World Cup in December, pubs are going to be a battle ground between seasonal drinkers and season football fans - esp without the same scope for beer gardens with TVs in the weather
Elvis_Brandenberg_Kr April 1, 2022, 5:22pm #29

The Islamic Republic vs The Great Satan is the standout tie from the opening round.

In 2018, Peru were in the group with France, Denmark and Australia. They’re in with France and Denmark again - if they beat Australia (or UAE) to get the World Cup.

What time will the games be scheduled for? Think it is a 3 hour time difference so something like 10am, 1pm, 4pm and 7pm Irish time?

Or will they be earlier?

I think you are spot on there. Second round is 3 pm and 7 pm.

The WFH crew won’t miss a minute of action

A real pendulum swing from teachers being in the advantageous position to watch tournament football. The WFH lads hold all the aces now.

France, Belgium, England, Portugal and (Spain or Germany) are all in the same half of the draw.

Lads in pubs since 11am watching football
Carnage by tea time

Tony hasn’t gone away you know

Always at major tournament draws the dates, times and venues for each fixture are set in stone according to a pre-arranged formula.

But not this time.

The FIFA fixtures committeeee have been and are working as we speak to sort out the exact fixture details and slotting them into the Wikipedia page as they go on.

It’s all very reminiscent of Des Cahill doing the sports bulletin on the News At One just before Liveline and telling us “the dates, times and venues for Round 3 of the All-Ireland Football Qualifiers have just been announced”.

With four fixtures a day and just eight stadiums to be used, a few exceedingly attractive double headers may be in order.