1-0 at the moment. Scott McDonald header from a corner. Killen just missed a sitter.

Played ok, nothing more. Boruc had a couple of early saves from shots around the edge of the box. Defence haven’t been overly convincing. Kennedy is doing most things well but he looks painfully slow and they’re trying to expose him and Caldwell on our right hand side.

Brown is having a good game in the middle and is making and getting chances. Hartley hasn’t seen as much of it. One time there we lost the ball when they were both forward. Nothing came of it but they need to be more disciplined. Aiden’s having a very good game. Lively and has the beating of the full back. He’s won a few corners and got some good pacy crosses in. Naka’s quiet enough but nice touches.

McDonald has been a real handful for them. Ridiculously booked for diving. Killen’s putting himself about well but his shooting is erratic.

First one is working for me though very shuffly. Thanks for the links.

We looked good going forward. McDonald played excellently and took his goals well. All very easy really. They didn’t look good going forward and we were dominating possession as well as chances. Interesting line up and it could well be what we go for against Benfica in two weeks time with the addition of Jvoh in place of Killen. Donati seems to be falling out of favour.

Boruc 7 had to make a few saves, nothing spectacular but a few good stops and did well.

Caldwell 6.5 defended well but got caught up the park a couple of times.
Kennedy 6 was exposed for pace a good bit. Never did anything wrong except be outrun though.
McManus 7 was very good. Decent interceptions and bossed it at the back.
Naylor 7 was decent. Got forward well and linked well with Aiden.

Naka 6.5 sloppy with the ball sometimes, other times he did lovely stuff
Brown 7 ran the middle of the park very well. Unlucky not to score
Hartley 7 came into it more as Motherwell pressed and looks a classy holding midfielder now
McGeady 8 gave their full back a torrid time. Excellent effort

Killen 6.5 good link up play and created a few chances
McDonald 9 got three, could have scored even more. Top class.

Some smashing Green Brigade banners from the game today: 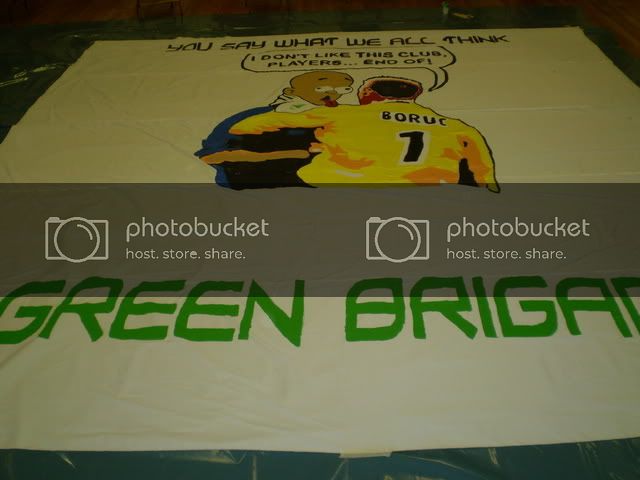 Same one in the ground: 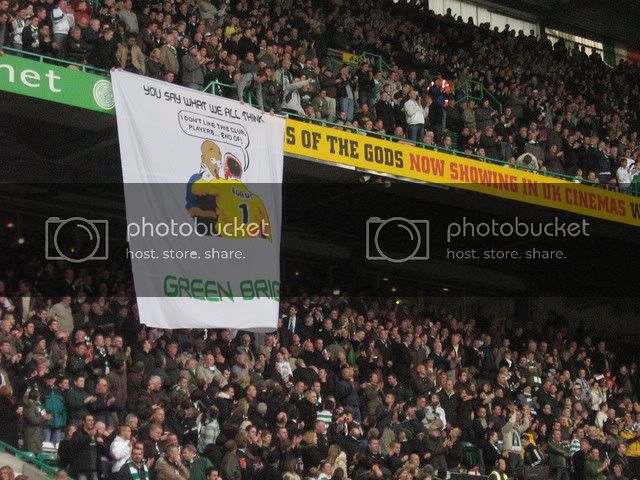 The anti- John Reid one: 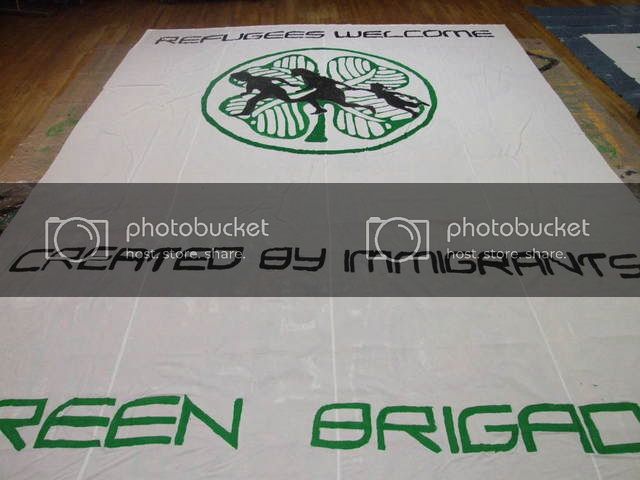 Same one in the ground:
http://www.picturepile.net/files/odznyerz25acjzddomay.jpg