I don’t see it either, a potential starter but of the easily replaceable variety

Will Australia enter a team in the all ireland?

That’s beyond a logistical nightmare. Costly as fuck too. No chance

Not much else out there.

I dont know is he. Didnt stand out last week i thought. Big but not much hurling.

Were Cork kind of lining him up for a half back role ? played there v Kerry a few weeks back, was very good , admittedly not against tier 1 opposition

He had been named at centre back for the Tipp match tomorrow.

Watched the game there. Surreal to see both teams put in so much effort for a mid-January “final”. Might be a Cahill versus Ryan thing.

Thought Twomey did ok in parts, although his man won a load of ball. Some of the puck-outs aimed at him were pure shite however. Dalton looked leggy in the kind of conditions that should suit him, also should be putting the ball over the bar when he has it in his hand not looking for speculative cross-field balls. O’Connell was getting ragdolled by the Tipp lads the moment he went into any form of contact. Roche and O’Leary Hayes seemed to do ok? Wasn’t paying much attention to Cormack, how was he?

Feel sorry for Downey playing at 3, it isn’t his position at all, very ponderous when he has the ball or when it is around him. Massive problem position.

This is very ominous

The reporter on radio one yesterday was positively giddy about it.

Be lucky to get a ticket for Saturday week.

They’re gone in the long grass. 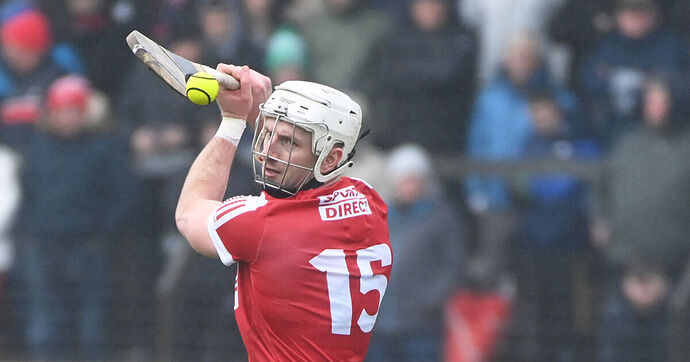 Patrick Horgan ready to put 'unfair treatment' of 2022 behind him

He doesn’t spare Kingston or The Rock there.

Has to be a bit awkward when he has Kingston Jnr sat beside him in the dressing room.

Apparently there was a team meeting last year at some stage where Horgan was called out by team mates and management for his lack of tackles and GPS stats.

It must have been fairly humiliating for him considering he’s carried Cork on his back for years and years.

The cork management should have sent a message to the squad by dropping Horgan.

He doesn’t mention either of those two - it’s well known who he is talking about.

All in all a stupid interview, particularly as he could very easily find himself on the bench this year. Pat Ryan will expect a lot off the ball that Horgan probably isn’t - and never was - capable of.

for his lack of tackles and GPS stats.

This isn’t in his DNA and never has been - he is a pure hurler. Not all lads are athletic or physical enough to close down the necessary space and make dispossessions, and Horgan is 34 at this stage.

Not the sharpest tool in the shed is the boy Hoggy.

Who is he talking about?