I’va a Wahoo Kickr that i mount the road bike on. Then i have a sub with Zwift.

I’va a Wahoo Kickr that i mount the road bike on. Then i have a sub with Zwift.

Too much hassle getting the bike set up and changing the tyre etc. I have a Novo Elite Smart but not the biggest fan of it.

Spin bike can sit in the corner behind the door, hop on at 6am and an hour done before chaps budge.

‘Jan Ullrich The Best There Never Was’ by Daniel Friebe is a fine read for those with an interest in cycling/human fragility. An outrageous talent who could/should/chose not to achieve so much more.

Davide Rebellin was killed last week. Hit by a truck in a hit and run and killed instantly. Aged 51 and just retired last October. He’d been racing away at lower grades. The driver stopped, took a look and continued his journey. They arrested him in Germany.

Chap I work with was hit a couple of weeks ago off his road bike in south Poland, three days induced coma, facial surgery, nine broken ribs down one side, three down the other. He’s a lucky buck.

Sam Bennett having a good week at the Tour de San Juan in Argentina. Won the first stage and in the overall lead after three days. 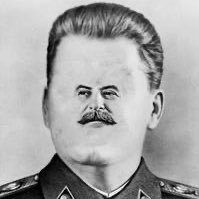