I thought he had a PR company?

I’m not sure pal. I always thought he was an accountant, the way the gooch is a banker.

Graeme is playing a game of darts in a nice jumper, which this poster believes he got for Christmas. He is joined by a certain respected TFK poster and are in good order.

A man who always did a savage man marking job on Bernard Brogan in the early 10’s.

These Dublin 5 coffee houses are the Cafe Nero, Alderley Edge of the GAA

Brian Fenton is probably perplexed by seeing the same sweaty lad forensically documenting what he’s wearing every time he pops in for a coffee with Brian Howard.

Former Irish captain and hooker and possible Lion (I can’t be bothered checking) Ciaran Fitzgerald, inside and outside O’Briens off-licence in Carrickmines yesterday. He had a carrier bag of 6 bottles clinking away. They looked like a Spanish red but I think there was a sneaky bottle or two of craft ale in it.

Ciaran drives a very understated 142 Lexus. I imagine he’d rarely frequent a deli counter but if he did, he’d stick out like a sore thumb. He was full of Irish whiskey recommendations for anyone who’d listen though.

I can’t be bothered checking

I can’t be bothered checking

About lads representing a team that includes England? Seriously?

You’re probably the type of person who shushes people in the pub when someone 50 miles away is taking a kick.

I’m surprised you recognised him now.

Oh Mac indeed.
Where is your fucking pride? 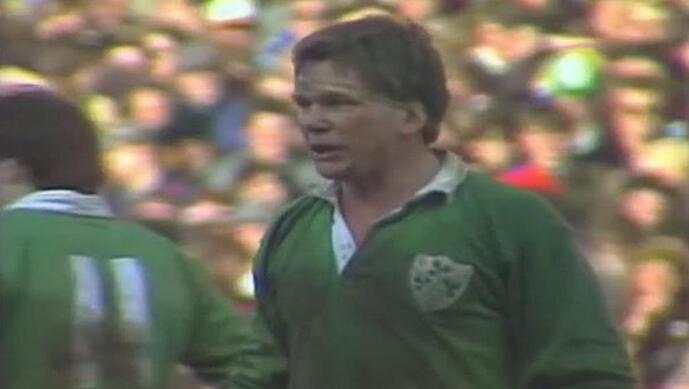 It is one of the iconic moments in Irish sport. And 30 years on, as the memory fades into myth, there are many who will swear they actually heard Ciaran Fitzgerald's famous rallying cry in the ground or on their TVs.

Graeme is playing a game of darts in a nice jumper, which this poster believes he got for Christmas. He is joined by a certain respected TFK poster and are in good order.

Are you inviting former Wexford footballers out for pints just so you can log them on TFK.

Captained the Lions 1983. Hails from Loughrea.

The day we matured as a nation