We have more than one team mate.

The papier mache heads are circling

We can only look on enviously at that level of expenditure.

As bad as he is at least he pays his taxes.

Pat has them on performance bonuses. 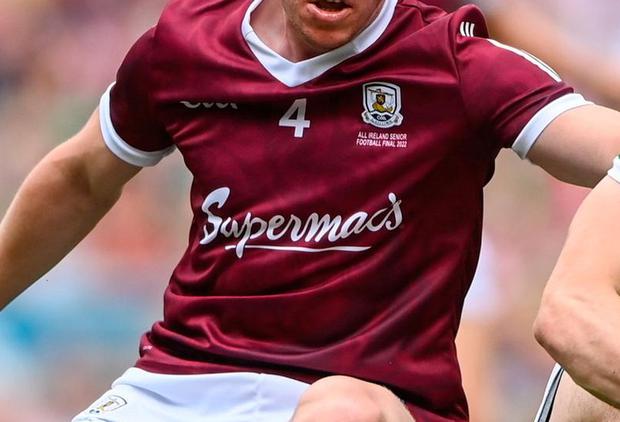 Galway GAA and their long-time sponsors Supermac’s have reached a new five-year agreement that could potentially be worth up to €3m for the county.

The agreement, which will cover Galway’s senior hurling and football teams and all underage teams in both codes until 2027, will be officially announced next week.

It is believed to involve up to €400,000 per year up front with provision of food, water and accommodation bringing it to €450,000 in each of the five years. The remainder is made up of performance bonuses dependent on how far the teams progress.

Galway’s brand has been strengthening on the back of improved team performances. This year they reached the All-Ireland senior football final, losing to Kerry, while their minor footballers won the All-Ireland title, beating Mayo.

In hurling the seniors made an All-Ireland semi-final, losing to eventual champions Limerick, while the minor team lost to Tipperary in a semi-final.

But resourcing inter-county teams is becoming an increasingly challenging environment for counties with Galway’s inter-county team preparation spend for the 2022 season coming in at €2,161,497, a new record for a county and the first time the €2m barrier has been passed in a year, despite the more condensed schedule. Of that, around €1.7m was spent on the two main teams.

Galway were still able to return a healthy surplus of around €410,768, thanks to healthy club gate receipts and fundraising around the All-Ireland football final.

A previous five-year deal with Supermac’s expired at the end of this season and in the middle of that the company raised questions over how and where the money they were providing was being spent at a troubled time for the county’s finances.

But reforms put in place have improved their position considerably, creating the environment for a new deal.

Earlier this year Supermac’s, who have been Galway’s main hurling sponsors since 1991 when the GAA’s sponsorship rules were relaxed to allow the company logos on the front of jerseys and football sponsors since 2013, ended their sponsorship of Galway Camogie.

Visions of Captain Daithi sweeping up naked chicken bones on the cold concrete floors in Croker.

Earlier this year Supermac’s, who have been Galway’s main hurling sponsors since 1991 when the GAA’s sponsorship rules were relaxed to allow the company logos on the front of jerseys and football sponsors since 2013, ended their sponsorship of Galway Camogie.

I think it’s more the other way around, the Camogie got a far better deal and said goodbye, thanks and nice knowing ya.

400k a year, for fuck sake. The Limerick team spend that on legal fees and bail every year.

How can we even compete with JP and ……