Irish soccerball nil - That boy Bazunu will save us (Part 2)

@McDonnellDan
Back to work today with more Ireland staff news... Stephen Rice is set for talks with Swindon Town about becoming their new boss after the League 2 club approached the FAI to request permission to speak with Stephen Kenny's chief scout independent.ie/sport/soccer/s…
myboyblue January 17, 2023, 10:43am #1844

Poor aul Spock, he needs to appoint more useless cunts around him that no one will want. 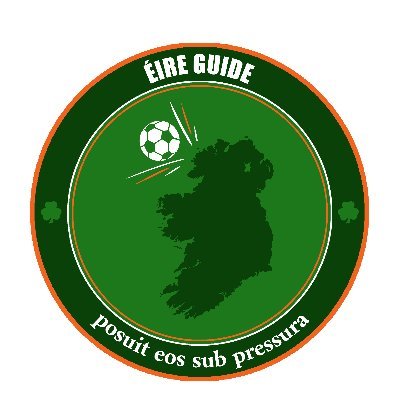 @eireguide
Some effort from Eoin Kenny (son of Ireland manager!) at the weekend for the Ireland U18 schoolboys during the victory over Australia at Abbotstown. ☘️ https://t.co/VsoWrZ6Afy
Raylan January 23, 2023, 9:59pm #1847

Must get the flair and spontaneity from the mother’s side

Jim Goodwin the man for me if Kenny goes. Doing a great job at St Mirren. Eddie Howe best of English options but couldnt imagine he’d touch it.

Jim Goodwin’s Aberdeen dumped out of the Scottish Cup by sixth tier no hopers Darvel.

good news, he can go to a club that appreciates his talent

a good result for Oireland

Obafemi to Burnley and Coventry on loan to Rotherham

Great move for Obafemi as long as he gets and stays in the team. Burnley as good as promoted already.

Great move for Obafemi as long as he gets and stays in the team. Burnley as good as promoted already.

Ya big chance for him. 22 now, needs to kick on

Burnley should suit him, good footballing team make plenty chances. Came back from a goal down against West Brom there the other week, who’d be strong like. Played right way all through.

Young Costelloe there from Limerick I think, gone out on loan to league 2, very strong, needs a bit of refining.

Things are starting to look up a bit.

Two decent keepers, three if you include Travers as well who has played a lot of premier league games this season, though he is in and out.

I think Collins is the best player we have produced in a long time. In time O’Shea or Omobamidele beside him.

Doherty’s been decent for Spurs anytime I’ve seen them, one of the few performers of a bad lot.

There’s the bones of a decent side there. Still lacking a bit of creative spark. And I think we’ll need to get shot of Kenny and his sideways passes to nowheresville

Go to four at the back again.

Struggling for left sided players. A far cry from the halcyon days of Harte, Kilbane and Duff

Smallbone and Hodge doing well of late too.