Irish soccerball nil - That boy Bazunu will save us

I believe Christensen had a dominating game for Chelsea today and completely snuffed out Lukaku. They have aerially dominant centre backs in Christensen, Kjaer and Vestergaard so Slab will need to be at his best.

I have a bad feeling about this one.
I don’t know why.

Because we’re not great?

Quite possibly that, but that’s never bothered me before.
I knew we’d beat Wales who are shite, even with bale. I have a nasty feeling that Denmark may be better than we think. Maybe I just remember them always being a really decent side back in the day.

The most ominous thing is that Denmark are once again playing in a Hummel-made kit.

That makes them seem a lot more intimidating.

Did I hear joergensen broke his wrist playing for Feyenoord today?

Scoring against Eire can really put you in the shop window as a Denmark footballer. Johnny Sivebaek
scored his only Denmark goal in nearly 100 caps in a 1-4 win at Lansdowne Road in November 1985 and was off to Old Trafford a few weeks later.

Did I hear joergensen broke his wrist playing for Feyenoord today?

Only you can answer that bro

Emmet Malone has a decent interview here with the Danish manager. He seems like an alright sort in fairness 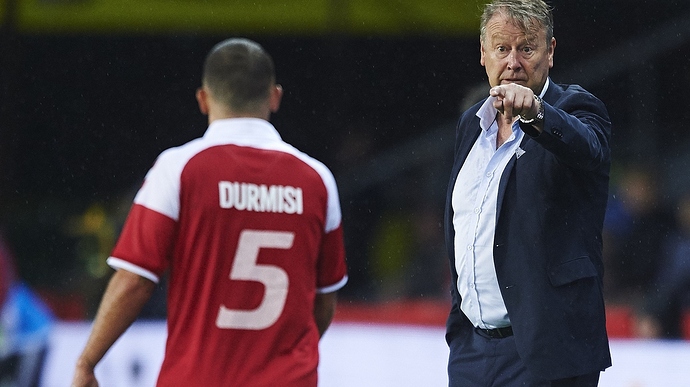 Hareide takes Denmark into playoffs with point to prove 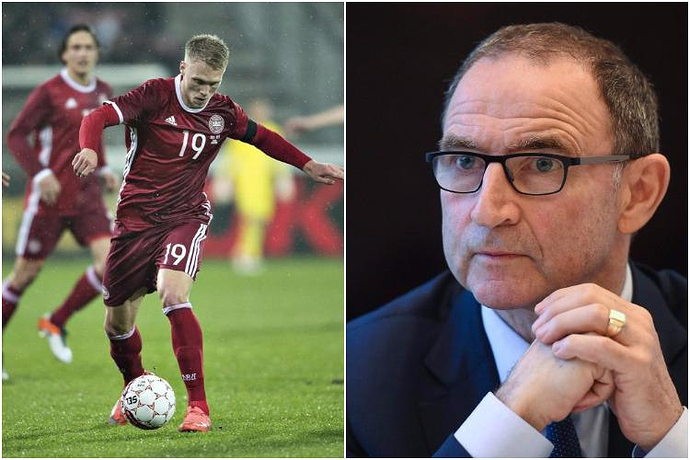 Denmark rocked by injury problems ahead of World Cup play-off

DENMARK have been rocked by injury ­problems ahead of their World Cup play-off with Ireland. Four Danish stars are either out or serious doubts ahead of the clash against Martin O’Neill’s men. Capt…

Never heard of any of the cunts who are meant to be hurt.

Give me a lucky manager any day of the week

Kjaer is a good footballer, he might be their captain too? You’d imagine he’d be a big loss. Outside of him and Eriksen, they’re not exactly overloaded with big names either. The Delaney fella is supposedly quite handy too.

bad feeling about this one
think about a 2 nil defeat on saturday night
it was the worst possible draw for us i think, actually worse than croatia, not in terms of technical ability obviously of course, i was going thru their side the other day and its solid out, the likes of Daryl Murphy will be whatever the equivalent of meat and drink is to those boys at the back , they’re hard cunts as well so the whole up and at em attitude wonts say intimidate a bunch of puffs like say switzerland or italy who could get a little bit intimidated by that…
up front they look average tho
they have a lad called Martin Braithawaite in their squad, he must be the danish equivilant of Norway’s Josh King

Saw Braithwaite play at the weekend, looked a decent footballer. But Murphy has scored more goals this season in the same league.

They absolutely bossed Poland and beat them four nil. And Poland aren’t bad.

Christian Eriksen will be given the “respect he deserves”, per O’Neill.

McCarthy, Keogh and Maguire out through injury.

Hendrick doubtful after going off injured after an hour for Burnley at the weekend.

The football correspondents with the daily papers have been suggesting that it’ll probably be the same starting team as Cardiff with the exception of Whelan coming in for the suspended Meyler.

I think Whelan’s time is up so I’m quite wary about this.

Not sure what other potential changes could be made. Maybe Long for Murphy but I think the latter deserves his place and Long might be useful off the bench. There’ll be the perennial Wes debate on RTE anyway.

No way Wes starts. Whelans slowing big time. Has to be a better option?