the door fell off his heliopter while flyin over kerry,the funny thing is it doesnt seem one bit strange,cant even keep doors on our goverment helicopters now,what chance have these boys at savin the country

Coming from the fucking yank… 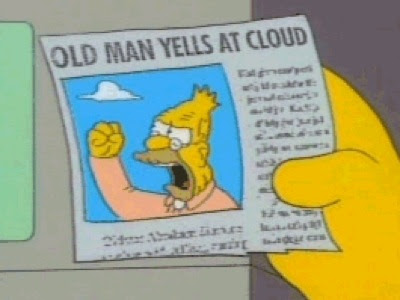 the door fell off his heliopter while flyin over kerry,the funny thing is it doesnt seem one bit strange,cant even keep doors on our goverment helicopters now,what chance have these boys at savin the country

A helicopter carrying Minister for Tourism Martin Cullen was forced to make an emergency landing in Killarney this afternoon.

Mr Cullen had just finished addressing the annual conference of the Irish Hotels Federation and the Air Corps AW 139 had taken off from the grounds of the Malton Hotel in Killarney.

The left door of the helicopter fell off at a height of 150 metres as it flew over Killarney National Park in Castlerosse.
Advertisement

The helicopter made an emergency landing nearby at Killarney Golf and Fishing Club.

No one was injured in the incident.

Witnesses say Mr Cullen, who was flying with an assistant and a crew of three, was shaken following the incident.

He continued his journey by road to Kerry Airport from where a second AW 139 helicopter, which was diverted from a training exercise in Cork, picked him up and is returning him to Dublin.

The Defence Forces said in a statement that the aircraft is on the ground until a Military Airworthiness Inspection Team and technicians from Air Corps HQ examine it.

This team will fly to Kerry to assess the helicopter and it will be moved after the inspection.

The passengers had boarded the helicopter through the right-hand side door before take off.

The same helicopter brought Minister Cullen from Waterford to Killarney this morning and was returning to Dublin when the incident occurred.

According to the Defence Forces, the AW 139 can fly with doors open under certain speeds, but this is normally in military and winching roles.

Would it cost much to rent a helicopter for a day? I’d a friend who’d a horse going to the sales and a lad rang them and wanted to see it before the sale. He was from Dublin. They landed down to Kilkenny on a small chopper. I thought it was a bit bizarre on a Sunday. Kilkenny to Dublin is hardly a long trip.

Would it cost more than say if you were landing it a few times or is it a fixed price?

No idea. I suspect it might be easy deal with them at times.
Back in the noughties boom, a few local young lads approached my Dad on Galway race week to know would he let a chopper land in his field to pick them up. The track is 35 miles from my place

I looked into one once when I had to get from a wedding in sligo one day to a wedding in west cork the next day. It was waaaaay too expensive.