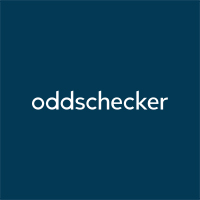 Premier League - Next Manager To Leave Post Betting Odds. Get the best available Premier League odds from all online bookmakers with Oddschecker, the home of betting value.

odds on in some bookies,14/1 in others

Hope so, never ealy rated him to be honest, has had plenty of time and money at Villa and hasn’t really improved them…

odds on in some bookies,14/1 in others

what a great tip by me

another 14/1 winner to add to my collection

what a great tip by me

another 14/1 winner to add to my collection

Great call, NCC. Got a ton on just before it was official. Many thanks, mate.

Time for the Hoops to tell Lenny to hop it

I’m retiring off the back of this.

Do we know the background to this? Presume it’s not related to Milner leaving as he seemed happy enough for that to happen. Could it be that he hasn’t been given any of the money to spend or is it something else? Seems odd timing.

Timing of the resignation is very odd.
Couple of days before the start of the new season.
Can only be a transfer budget issue surely.

Very odd. He had obviously given them an ultimatum over something, and they’ve gone against his wishes. If only it had happened a month ago and he’d be Liverpool manager already.

Apparently Young wants out, O’Neill was having none of it but the board are going accepting an offer from Tottenham Hotspur against his wishes.

Time for the Hoops to tell Lenny to hop it

whats lenny got to do with SRFC?

O’Neill ate the soup and the crust has flaked.

£23m was probably too much money to turn down for Young but I can also see O Neills side of things he is losing both his best players in the space of a week must have been hard to take. O Neill was asked to cut his wage bill after signing flops like Sidwell and Heskey on big contracts and he failed to do this. I’m not too worried about losing O neill it’s the timing that’s all wrong. If you bring in a new manager now and give him the £50m to spend it’s too late.