His account of the Münster Rebellion during the reformation is particularly fascinating.[/QUOTE]
This is pure class. It’s pretty much the entire history of Rome in nice handy Nutri Bullet slices.
http://historyofrome.wm.wizzard.tv/webpage/2010/02

Looking forward to your feedback. You also need to update me on how you got on with Nathan For You.

I’ve listened to one and a half episodes so far and found it very interesting. They’ve told the story really well so far. Well worth a listen and great material for driving.

I’ve watched one episode of Nathan For You and found it to be very good also, expect it to get better as I get to know the ‘character’.

Ray D’Arcy Show - D’Arcy gets on my tits, but he has some good podcasts up there, especially the recent interview with Ferrell and C Reilly.

I have you rattled since last night. Almost 24 whole hours of seething.

I have you rattled since last night. Almost 24 whole hours of seething.

Been listening to Undisclosed.

First season is about Adnan Syed. Same person as first season of serial. But this is done by lawyers instead of a journalist. Goes into way more detail. A lovely expansion to those who listened to Serial.

James Richardson is leaving The Guardians Football Weekly Podcast. He’s taking that Producer Ben fella with him to set up a football podcast.

James Richardson and Ben Green are to leave the Guardian Football Weekly, Football365 understands, in order to take up roles on a new podcast.

Presenter Richardson and Green, the show’s producer and known to the listener only as Producer Ben, are the only permanent fixtures on Football Weekly, which is consistently the UK’s most listened to football podcast.

The news will come as a blow to the Guardian, who have hosted the podcast since its founding as a daily show during the 2006 World Cup. Football Weekly is the current holder of the Football Supporters’ Federation Podcast of the Year award.

Muddy Knees Media will produce the ‘The Totally Football Show’, a podcast using Green and Richardson in similar roles to those they flourished in on Football Weekly with focus on the Premier League and European football. The first episode will be recorded on Monday, August 7 and available shortly thereafter.

“We know the power and popularity of podcasts,” Macintosh says. “What we want to do now is to harness that power. We want to put James and Ben in the driving seat. They are shareholders in the business, they have full creative control and we can’t wait to hear what they do with it.

“But it’s not just about the main football podcast. We want to build on that. If all goes well in these opening weeks, we’ll look to expand, and that could mean good news for people who, like me, support teams outside of the Premier League. And perhaps across Europe too. Ultimately, we want to be the home of football audio, from podcasts to audiobooks. These are exciting times.”

Richardson had been out of contract since the end of the 2016/17 season and has chosen to leave, while Green has resigned from his role as producer in order to take up his new position.

“It was crucial [to get these two on board],” Macintosh says. “Quite simply, we have the best presenter and the best producer in the land. James and Ben have been making brilliant podcasts for years and we’re delighted to have them.”

As well as the bi-weekly show, Football Weekly has branched out into hosting a number of live shows in Dublin, Manchester and London. This is something that Muddy Knees Media also intends to continue in the future.

The Totally Football Show will be found on Twitter @TheTotallyShow.

An Irishman Abroad’s interview with Tadhg Kennelly is excellent.

The new 30 for 30 podcasts are excellent. YANKEES SUCK!

I was recommended to give Shit Town a go. I find myself 2 chapters in, and unsure whether to carry on much further. It’s interesting, but in a depressing, morbid way.

Has anyone finished it? Worth it?

No to the first, or second question?

Thanks for the feedback. That’s disappointing.

I’ll just wait for a credible poster to confirm.

The main character dies and fuck all else happens

RTÉ Radio 1’s Documentary Series - Documentary on One is excellent. Well worth a look and pick out what ones interest you. The Orwell Wheelers was mentioned on here before, and the one on Kevin McClory is a great listen too 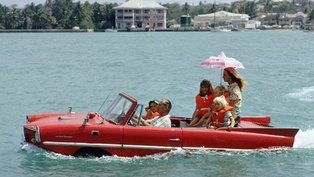 James Bond brings many famous names to mind, Ian Fleming, Sean Connery or Grace Jones. The name Kevin McClory is rarely one that people connect with the famous spy. Kevin spent his life pursuing the rights to this character which he helped re-vamp....