How many US/NATO bases on the borders of Russia?

Who cares? Sovereign democratic countries have the right to align themselves any way they want. Ukraine is a sovereign democratic country which is not even part of NATO and Russia occupies part of it and wants to invade the rest of it. So you can sort of see why countries in that neck of the woods would want to be part of NATO. The reason being they have a rapacious monster on their doorstep in the shape of Russia.

Do you think NATO and Ukraine should give a commitment that Ukraine wouldn’t join, if that prevented an invasion?

Do you think NATO and Ukraine should give a commitment that Ukraine wouldn’t join, if that prevented an invasion?

No. That’s Chamberlain at Munich stuff.

The woke neo-liberals continuing to pile in behind the biggest war mongerers in the world.

It’s time for the US to fuck off out of Russian affairs.

The point is, Ukraine is absolutely nothing to do with Russia. Russia has no business there. Ukraine is a sovereign, free, democratic country.

The fascist imperialists are showing their true faces.

This was an interesting post from back in the day. Ukraine gave up its nuclear weapons. It probably shouldn’t have done. Because Russia didn’t, and so we arrive at the present shit show of a situation, where the nearest thing Europe has seen to Hitler has become drunk on his own absolute power.

Common Sense podcast from Carlin in the Crimean situation is pretty interesting. Critiques the whole idea of NATO, and says that ultimately it’s ridiculous to expect that Western leaders should take the risk of starting WWIII over somewhere like the Ukraine or Latvia. Is the sovereignty of Crimea worth the deaths of one billion people?

He says that if we are serious about the independence and freedom of smaller nations, the real way to address it would be to provide the likes of Latvia with a tactical nuclear weapon. Knowing that a military incursion would prompt the deaths of a million of their own people is about as significant a deterrent a small nation can offer to a great power.

Basically his point was that Putin’s actions call NATO’s bluff on article 5 protection, that when it comes down to it a nuclear war won’t be started over small nations on Russia’s border and Putin had taken advantage of that fact. However, a small country having its own independence threatened is far more likely to take drastic action, which necessarily changes the thinking of aggressive superpowers.

eh, they were not Ukraines weapons to keep.

No they shouldn’t because the Baltics will be next. There will be a pretext over a boundary dispute or an incursion. Then they’ll be pricking about around Kalingrad.

Putin uses his macho posturing to hide from his own public the fact that the Russian economy is shit, population is falling, drug deaths are high and he and his henchmen have stolen billions from the country.

You’re right on the second part but not the first, I think. The Baltics are already part of the EU so they’re a different story altogether.

That won’t stop him. They will invent some spiel about the Russian minorities being persecuted. Wait and see.

That won’t stop him. They will invent some spiel about the Russian minorities being persecuted. Wait and see.

They’re also in nato. I think it’s a different story entirely. He knows how far he can push and that no one is rwoing in behind Ukraine.

What’s Tony Holohan got to do with anything?

This book is worth a read if you ever get your hands on an unredacted copy. 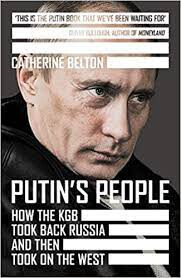 This is a good one as well. Baically the West had it in their hands to bring Russia on board once and for all and made a bollox of it 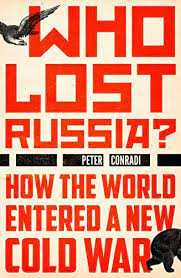 I’ve never fully followed this but didn’t the US topple the government in 2011/12 to put in a government more at ease with repaying the IMF and selling off state owned assets to the private sector, ie American companies? All under the guise of free market economy … What’s the Russian angle, merely to stop American exploitation of the these resources and keep Ukraine on the Russian tit?

I see Putin has declared he will make no incursions on Ukraine.
The @balbec and @Cheasty alliance has clearly given the Kremlin some food for thought