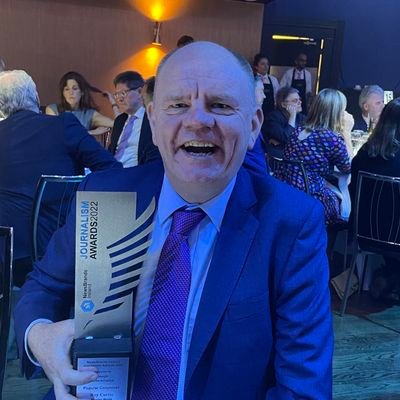 @RoyCurtis68
Some words on the great Christy Dignam and the iconic Clerys department store. About sickness and rebirth. About the people and buildings that make and define a city. https://t.co/GA960B4E7e

@RoyCurtis68
Brendan Gleeson is among the inestimably brilliant, charismatic, classy, passionate, funny, caring, one-of-our-own characters that elevates what it means to be Irish. His Trump in Comey Rules was a David Clifford/BOD/Ruby Walsh level declaration of genius.#OscarNominations2023

Disappointed with Roy that he saw something deeper in BOS.

Saturday after January payday in the capital tonight. Young people out doing young people things. Celebrating engagements, birthdays
and all the wonderful unbridled anticipation youth is bundled with

I’m in a cab. A tourist from a distant land they will visit one day.

Bliss it was in that dawn to be alive, but to be young was very heaven…

His accent/ethnicity escaped me. It wasn’t obviously geographically culinary associated. I needed a new angle.

He had an 80s music radio show on.

I said very little until Maniac came on the radio.

Then I pounced (after a quick Google to avoid making a fool of myself).

What movie was that in?

Five minutes later the radio was lowered and he was asking me was I ever at the 80s90s nights in 3 arena. The best music era ever he said. I agreed with gusto.

I then showed him a photo of my almost 50 year old pal who ran a 4.x200m relay today with 20 year olds into a bronze medal spot and he laughed at how happy my pal looked.

Then I was home.

You were right - the Guinness did taste better than it looked in the premium.

Lots of kids leaving Croke Park this evening. Some of them were bibbed up. It’s great to get the match going into them *

17k might seem paltry but Dublin gaa isn’t about bums on seats but developing and encouraging the next generation to participate eg DEVELOPMENT funding. Mick Muldoon doesn’t see that and thinks it goes into senior team preparation

Lads may laugh but there’s as much if not more emphasis in Crokes on keeping D players playing as making A lads Dublin players.

Most half sensible adults know underage sport is about making memories and learning a lesson or two that might help general life and that lesson can be equally learned in an A or D game.

The difference is the analysis and anecdotes are weighed differently by peers and an A grade tale does carry more value.

The key to it all, B, C, D teams stacked with possible future committee members, coaches and late blooming players

Most half sensible adults know underage sport is about making memories and learning a lesson or two that might help general life and that lesson can be equally learned in an A or D game.

The difference is the analysis and anecdotes are weighed differently by peers and an A grade tale does carry more value.

I agree but it also leads me to disagree with the idea that underage is all about producing players for senior and the u14, u16, minor, feile titles don’t matter. Winning those really are ‘winning with the lads you grew up with’ and they are absolutely big in their own right. Gods make their own importance. At senior in a big club who wins semi regularly you wouldn’t get half the same joy out of winning.
I experienced both sides growing up in my first year at the age we got hammered in my last year we won loads. I remember the build up to the finals, the craic at the medal presentations, driving through town with the cup, team trips away to feile etc I certainly don’t look back fondly on the camaraderie of the years we were getting hammered.

Wasn’t RO’C on the third team in Crokes underage growing up?