Group A of the hurling didnt tickle your fancy this year no? All 6 teams in the last round could get into the knock out stage and only 1 team guaranteed through before the games began and 3 teams could have been in the relegation spot, not qualify or get to the quarters. Or Group A in the football, where no team was guaranteed through and 5 teams with a shot and one would miss out. It seemed highly competitive to me where every game mattered and all came down to the last round of games

Just my opinion. My club has 3 guaranteed championship games. Bit of excitement around them. Move that to 5 and they start feeling like league games.

How do you measure cut and thrust?

Crowds for one, atmosphere, excitement.

Any word on underage for next year, are they going even or odd numbers?

I had heard that there would be no change until 2024 whatever the outcome. Whether that will change is another story

Had heard similar, next year odd and the changing to even in 2024. Apparently the are worried about having enough refs for competive u-12

For a county with 36 all Ireland’s, 8 years without 1 which it will be by next year is a baron run.

For a county with 36 all Ireland’s, 8 years without 1 which it will be by next year is a baron run.

They’re 7 years without an All Ireland, have they gone this long before?

They went from 83 to 92 and 47 to 57 i think. The cunts thought they were living through a famine

@billyocean think its currently a famine and they going for 4 in a row in Leinster.

Do you go to many matches in Wexford?

As I said in KILKENNY standards 8 years as the earliest they can win an All Ireland is 2023 is a famine, its probably the most bizarre 3 in a row you’ll come across. This year they lost 2 games in the round robin and wouldn’t even have made the final if Wexford hadn’t made a dogs dinner of the Westmeath game, last year won a game after extra time and the other beat a team short 4 players due do covid, 2020 was the strangest championship we’ll probably all ever experience. They lost to Wexford and Galway this year so hardly dominating the province.

As I said in KILKENNY standards 8 years as the earliest they can win an All Ireland is 2023 is a famine, its probably the most bizarre 3 in a row you’ll come across.

I bet if you look back over the last 130 years of the GAA you’ll see plenty of bizarre provincial title wins.

nah, that’s not my experience at all. 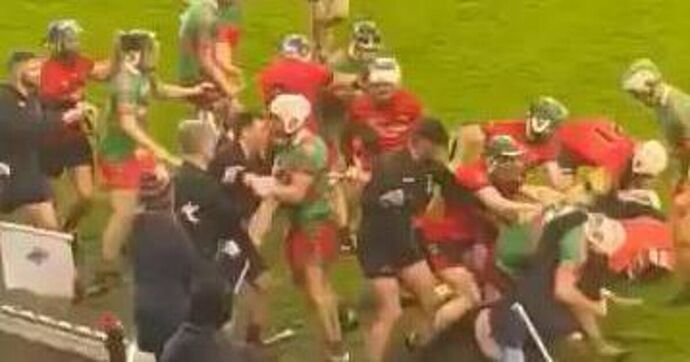 Common sense prevails. Once upon a time they most certainly wouldn’t have 2 matches in December in the park because of the state of it, now it’s one of the best pitches in the country, it’d be alright with the two of them.

James’ on a Barron run this past 14 years

There’s no James in the Barron family

Can someone copy and paste this story? Cheers 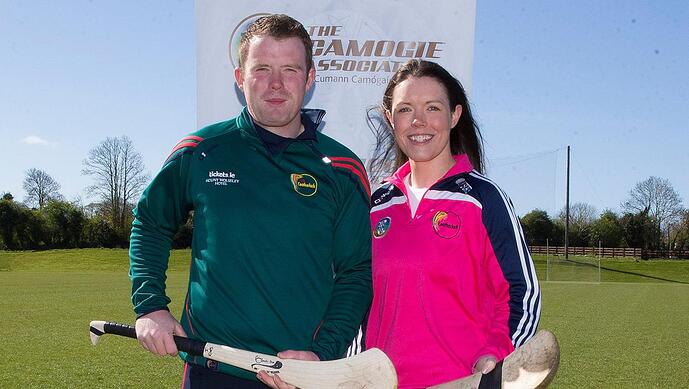 Áine Kinsella has shattered the coaching ceiling by taking on role with...

You can nearly count on one hand the number of women involved in a hands-on coaching capacity with a men’s team at inter-county level and that makes Áine Kinsella’s role as coach with the Wexford footballers all the more ground-breaking.

Carlow native Aine Kinsella, pictured with her brother James, will take up a coaching role with the Wexford footballers
Gaelic Football

Áine Kinsella has shattered the coaching ceiling by taking on role with Wexford’s men’s footballers
Carlow native Aine Kinsella, pictured with her brother James, will take up a coaching role with the Wexford footballers

Michael Verney
November 23 2022 02:59 PM
You can nearly count on one hand the number of women involved in a hands-on coaching capacity with a men’s team at inter-county level and that makes Áine Kinsella’s role as coach with the Wexford footballers all the more ground-breaking.

There have been a few outliers with the likes of Julie Davis (Armagh football) and Clíodhna O’Connor (Dublin hurling) – both strength and conditioning coaches – involved at the inter-county coalface in recent years along with Mags D’Arcy (Wexford hurling coach) but they are the exception rather than the rule.

Elaine Harte, Tipperary football goalkeeping coach, is another to join that rare air while sports psychologist Caroline Currid has enjoyed extraordinary success in both codes over the course of the last decade or so.

You could easily argue that Kinsella’s role in John Hegarty’s coaching set-up breaks significant new ground for female coaches/managers within the GAA as no woman before her has scaled such heights in the intercounty sphere.

That may not be as surprising as one would think, though, given that just 20pc of coaches in Gaelic games across all four codes are female, based on a joint study of 10,400 coaches undertaken by the GAA, LGFA and the Camogie Association earlier this year.

Dubbed “the largest ever coach development survey undertaken in Irish sport”, it concluded that there was a major under-representation of females involved in GAA coaching with a significant portion of that 20pc involved solely at nursery and Go Games level.

As an association, the GAA has lagged behind when it comes to gender balance in many areas, including coaching, but Kinsella has earned her place at the top table having had successful stints at inter-county level in recent seasons.

Colm Bonnar (Carlow), Davy Fitzgerald and Darragh Egan (both Wexford) have utilised her as a hurling video analyst and statistician in recent years but she is now set to get her hands dirty with drills, small-sided games and much more in training and on match-day.

It must be hoped that her ascension to such a position can see more women in high-profile coaching roles, with former Meath footballer Vikki Wall adamant there is a “huge opportunity” for female coaches/managers to prosper in the GAA.

“I’d love to see more women in coaching to be honest. The two I’ve had in my career, Diane O’Hora and Angie McNally, who would have been in DCU, are both unbelievable coaches,” Wall told the Irish Independent earlier this year.

“So any experience that I’ve had with female coaches has been unbelievable. They are few and far between, even at club level, never mind inter-county level. So there’s definitely a huge gap for it.”

Five years ago, Roisín Jordan became the first female chairperson of a county board since the founding of the GAA in 1884 when taking the reins in Tyrone, while Tracey Kennedy also climbed through the ranks to take the top job in Cork.

While women have become a more central element in the GAA boardroom, progress in the coaching arena has been much slower with Harte, an eight-time All-Ireland winner with the Cork footballers, highlighting some of the challenges involved.

“You’re going into a male-dominated area,” Harte told this paper in January. “It’s hard to break ground. You need to have a strong character and make sure that your voice is heard. So there are a lot of barriers there, but none that can’t be broken.”

Appointments like Kinsella’s will help to break down those barriers even further and show others that there is a chance to follow in the Carlow native’s footsteps and climb the coaching ladder within the GAA.

Shattering a glass ceiling like this isn’t too much of a surprise given that Kinsella’s sister Marie is GPA National Executive Committee co-chairperson and her role with Wexford’s footballers increases the female profile within the men’s game.

Kinsella will be surrounded by men with Hegarty’s backroom consisting of Diarmuid O’Hanlon, Mick Casey, Joey O’Brien, Ciarán Deely, Darren Siggins, Matt Pearson and Arthur Dunne but this could be one giant leap for womankind in the GAA.