I’d say the two of them had great craic altogether

By NIAMH HORAN
Sunday Mar 11 2012
COY Brian Kennedy has refused to deny reports that he had a fling with an [color=#009900 !important]international rugby player.
The man, who regularly sings Ireland’s Call in front of 50,000 spectators at home matches, is rumoured to have hooked up with a well-known rugby international.
When drawn on the matter, the Belfast-born singer – who has just finished penning his autobiography – refused to stamp out the rumour, saying with a grin: “Oh dear. I can’t confirm or deny.”
But he admits that sporting hunks are certainly his type. "What I like in a guy is old-school masculinity. I certainly would be very attracted to an alpha male guy. The bigger and stronger the better.
“I sometimes meet gentlemen who are at the top of what they do from a sports point of view,” he added.
"All you need to know is that they are some of the finest men on the planet. I’m friendly with some of them. And some from the other teams.
“I lived in England for a long time so I got to know one or two over there too.”
The singer described his match-day performances as among his proudest moments.
“Coming from the Falls Road you can imagine standing on our big beautiful pitch – England on the one side, Ireland on the other, and our President in front of me. There’s no greater feeling. I feel so proud. You hear the whole crowd singing. In that moment you understand what it must be like to be Bono singing on a normal day.”
Kennedy also touched on the friendships he has made with Irish rugby stars.
"I’ve met most of them and the ones I’ve met are very friendly. Brian O’Driscoll is obviously a total sweetheart. I remember I had been particularly heart-broken at one point and I met him out socially. He had just started to date Amy and looked really happy.
"He asked me how I was doing and I was pretty upset and we had a conversation. The next day, he sent me a text saying ‘you’re a great guy, the right guy will come along I know it. And don’t you worry about anything’. It’s so sweet that he thought to do that.
“I’m pretty friendly with Alan Quinlan too – who is an absolute sweetheart of a man. He is an alpha male and very up for being vulnerable. Which is an incredible quality in someone so strong. I think that makes him even more of a man. We have a really good friendship.”
Kennedy, who has had his heart broken several times, said: “At the time it felt like something in there had literally broken into many pieces. And also the physical pain of it – I wasn’t prepared for that. But when you come out of that and meet someone who is good for you, that’s when it’s worth it.”
Kennedy is currently in a relationship with someone away from the limelight.
Describing the worst part of fame he said: "Without naming names, being accused of having an affair with someone I absolutely did not have an affair with.
“The funniest part of all, and of course now I can see the light side of it, is given the type of gentlemen I’m attracted to, he’s not my type. Not now. Not ever. Also he’s 200 per cent heterosexual.”
The star, who rose to fame after being spotted by Van Morrison, also touched upon his mentor’s tragic year.
“God love him. I sometimes text him. He’s someone I feel very protective of. He has been so good to me. What do you say to someone?”
Kennedy, who is a judge on RTE’s The Voice, has also just completed his new album – and will perform at the Olympia on June 8 and 9.
“It’s going to be a fantastic show with some songs from the new album, some classics and plenty of surprises on the night. I think I might even get some of the singers from The Voice to join me on stage,” he said.
But he doesn’t always practise his craft in the conventional sense. “I suffer from insomnia a lot so sometimes I write during the night or play… sometimes in my pyjamas, sometimes without anything on if it’s too warm,” he revealed.
- NIAMH HORAN[left]
Read more: http://www.independent.ie/lifestyle/independent-woman/celebrity-news-gossip/brian-kennedy-i-cant-confirm-or-deny-fling-with-leading-rugby-star-3046380.html#ixzz1onzqDOWD[/left][/left]

Seems to me as if he has fairly got round the West Brit rogbee football team.

Would this be a new low or high for rugged bugger? 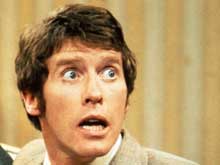 Thats cos they are West Brits sure.

Brian Kennedy sure is a rampant homosexual.

It was tommy bowe. It’s a well known fact.

He’s got nothing, absolutely nothing.

All the very best of luck to them.

This thread is a bit queer.

I know who it is, the rumour has been around for many years. Although the player has bearly played for Ireland over the past few seasons

I know who it is, the rumour has been around for many years. Although the player has bearly played for Ireland over the past few seasons