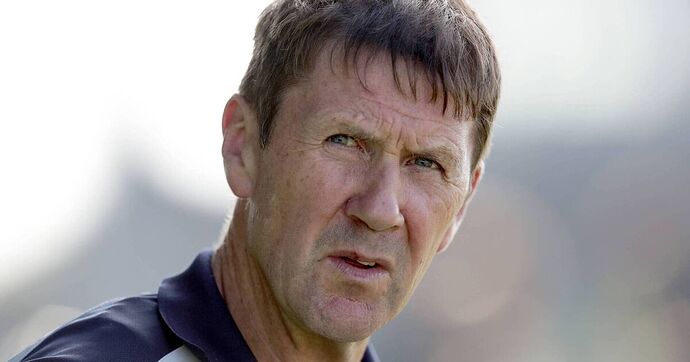 O’Connor, who stepped down as Kildare boss in September citing travel commitments before being appointed for a third term in charge of his native ...

Without having to read the article when are the first round of league games scheduled for?

Mayo will be hard bet

Mayo and Donegal expected to be a sell out.

It’s on in Sligo as Elverys Machale Park is out of action for the first few games. 12k capacity for Sunday and there’s around 4k season ticket holders between the 2 counties.

@croppy_boy - did Naoiseán McAlooby make himself available for Donegal this season? Rumours of him signing a pro football contract with Dundee.

He gave a few tour de Frances in the Bob Radcliffe as a young fella.

did Naoiseán McAlooby make himself available for Donegal this season? Rumours of him signing a pro football contract with Dundee.

No I believe he’s considering his future within the Commonwealth and outside of the European Union.

Donegal Daily are bemoaning it as he’s supposed to be ten times the footballer the Gooch ever was.

There’s a promising bit of depth starting to form in division 2. Roscommon should be in the mix for promotion as usual, Galway favourites to win that division, Cork finally have a decent manager in charge by all accounts, Derry are a coming team under Gallagher and Meath should be improving too. The game badly needs those 5 teams to be competitive in the upper echelons.

What’s the story with the Kerry captaincy this year?

Joe o Connor chosen by stacks. Has to make the team now.

Derry have an 18 year old from a junior club starting for them tomorrow. Very rare you see fellas as young as that featuring at intercounty level in recent times, be interesting to see how he goes.

More so in football, so I’ve noticed.

Interesting to see how Gannon goes. He’s been well hyped.

Armagh playing the football so far.

Gooooaaallll for Armagh. Terrible misjudgement by Davy Byrne and a sliderule finish by Rian O’Neill.

Rian O Neill is the truth

The empire is crumbling