Can’t believe there’s no thread for this. I’d always stop at an antique shop if I’m away somewhere and pass one. I generally wouldn’t buy anything but have in the past if the item and price is right. At the moment I’m thinking about buying a grandfather clock but I’d say they’d cost north of a grand for a proper one and I believe you’ve to get it serviced regular enough by a proper fella if you’ve to maintain it right. Anyone got one or had one in their family growing up? There is a nice one for sale on an auction site at the moment. I’m not in a rush to buy one soon I’d rather do my research.

We have one in the granny’s house. Always broken because we never pay for people to come in and fix it.

You could nearly leave it broken it’s as much an ornament as anything. Would it have chimed at midnight loudly? That could be a bit creepy. The rest of them would go mad here in the house if that happened nightly.

I have a small collection of random coins, some of them very old.

Go on the antiques roadshow with them.

They aren’t worth anything.
You’d need an ancient coin to be in absolute mint condition or be extremely rare to be worth anything big.

We have two. One left me by my godmother, and one left herself by her grandad. They don’t seem to need servicing, but we leave ours off cos they make a bit of a racket.

A moneybox that you are too miserable to open. Get the fuck out of here

When it comes to antiques buy condition, provenance and quality, even if you have to pay a lot more. Another general rule is that a century ago paddy was stone broke compare to his neighbour on the mainland. The nuns and priests were an exception and a lot of quality has turned up in convents and parochial houses…but they’ve been well raked over by dealers. Still, It’s well worth checking in with your elderly Sr. Smart
I’ve already said too much.

Good point, not to mention liquid gold in the form of whiskies that could be a hundred years old. There was a parochial house in West Cork that was more or less abandoned and builder’s came in to do it up and found a large quantity of different types of really old and good whiskies in the basement, that I think all told fetched over €250k in auctions. 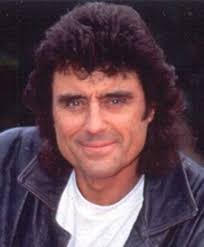 Was a great show

I had all the episodes saved down onto my Sky Q box. Very enjoyable show, even if he is a bit of a dick and your man Tee is as gormless a character to ever grace the TV.

The Repair Shop is a great little program too. They find auld heaps of shit and restore them to their former glory.

Drew Pritchard is the main dealers name. Yeah your man ‘Tee’ comes along to humour Drew and does all the donkey work like driving 600 miles in a day etc. I’d love to watch every episode start to finish, I think there’s about nine seasons, although I’ve seen most of season one as they were on YouTube. Hard enough get Salvage Hunters anywhere else, I wonder if I put in a request to @Copper_pipe mate would he try get them in the tv series section, does he humour requests? Drew is gone from the wife in later seasons but she still appears on the show in a mickey mouse kind of role at the end of the show where she excitedly observes what treasures the lads brought back in the van. Drew is never present for this part it’s left to Tee to interact with her. I’d say she’s a bit of a dragon to be fair but he could be awkward himself too. It’s very easy watching you can be half watching and doing something else

Good point, not to mention liquid gold in the form of whiskies that could be a hundred years old. There was a parochial house in West Cork that was more or less abandoned and builder’s came in to do it up and found a large quantity of different types of really old and good whiskies in the basement, that I think all told fetched over €250k in auctions.

Do you have any more detail on that story? Sounds fascinating but I have never run across it.

Old Redbreast used to be known as ‘the priest’s bottle’.

I’m fairly certain it was your man Anthony from Irishwhiskeyauctions the fella from Dundalk that mentioned it in some whiskey podcast or YouTube video. The description was fairly brief, more or less the details I posted earlier as I recall.

If you have a basic Sky subscription it’s on Quest every night at 8pm.

He did the dirt on the wife with another married woman in the village. Himself and her husband came to blows in the pub one night and it ended up in the papers.