Best wishes to the England cricket team in defending the Ashes. The long flight from Heathrow to the Colony departs round about now. Tour gets under way in Perth next Friday.

Can’t wait, it’ll be all over come the Marquee tests of Melbourne & Sydney I fear though?

A big welcome to the England, Wales and whatever other countries they come from cricket team to the Republic of Australia. Promises to be a cracking summer of cricket, the Sri Lankans are here already, lightening up the Australian sky with their 20/20 and 1 day prowess.

I fully expect England, Wakes and South Africa B to win the Ashes. If they can’t do it this time against a weak Aussie side, with an increasingly useless captain, they never will.

Great stuff on ESPN Classic earlier. Gladstone Small skittling out Australia in the Boxing Day Test at the MCG in 1986 as England coast to a facile innings and 141 run win to wrap up an Ashes series win Down Under.

Hussey, North and Hughes all failed with the bat in shield games today. The big all rounder took 3 wickets at 40 apiece. Siddle took a few wickets the other day. The fact that E&W are having proper preparation games this time will stand to them.

Panic on the streets of Sydney. Merv Hughes dumped as a selector, Greg Chappell’s in. Expect to see a lot of changing of the guard with Australia as a result. Chappell won’t be as sentimental with selection and there will be more impatience. North and Hussey will be under severe pressure. Usman Khawaja could make his test debut in the Ashes, he’s a good prospect. I could see Hauritz gone as well with the main spinning duties falling to Steven Smith. The Aussie pace attack could be the make or break element here. Ben Hilfenhaus is back fully fit, he’s a terrific player, he was excellent in India, you have Johnson after that and Bollinger who will be aggressive. Siddle is back and Harris is there or thereabouts. A lot of talk about Brett Lee, but I can’t see him playing a part. I still think the united nations of England will be too strong and the fact that they have a month to warm up will give them plenty of time to acclimatise. Pietersen may even play well.

Hussey, North and Hughes all failed with the bat in shield games today. The big all rounder took 3 wickets at 40 apiece. Siddle took a few wickets the other day. The fact that E&W are having proper preparation games this time will stand to them.

North got a century yesterday in the Shield. If the Aussie pace attack fails, expect to see Mark Corcoran coming on board - 11 wickets in 2 days for NSW against QLD.

Some great stuff here from Matthew Hayden, memories of times past, I particuarly like no’s 1 & 10. Amazed however that he left out Steve Waugh’s last ball century from the Sydney 2003 test, great times indeed.

Panic indeed - the shit is hitting the fan for Australia - they lost an unlosable ODI last night against the always enteratining Sri Lankans.

Is there a team more universally liked in international sport than the Sri Lankan cricket team? They play with smiles on their faces, with extraordinary skill and real daring, they’re a joy to watch. Last night Lasith Malinga and Angelo Matthews put on a 132 run 9th wicket (!) partnership to win this ODI in Melbourne against Australia. They will hopefully win the WC next year.

But all the talk here is of Michael Clarke’s pathetic captaincy (Punter was at his grandmother’s funeral). The test captain in waiting is in trouble, with rumours of Marcus North being installed as ODI captain and the sucessor to Punter, the problem with that of course being that Marcus North has his own problems with actually being selected. Its been well known for some time that the senior members of the team are not impressed with Clarke, Katich decked him a few years ago and he made some really stupid comments about Mike Hussey’s and Doug Bollinger’s committment to the cause.

So Australia have now lost their last 6 games (3 tests, 2 ODI’s and a 20/20) and the team seems to have divisions, along with plenty not performing and a lot of uncertainty as to what their preferred line up is.

The united nations of England will win the Ashes, if they don’t they should really give up.

In the meantime, the rest of us will continue to be entertained by the best team currently in Australia - Sri Lanka. 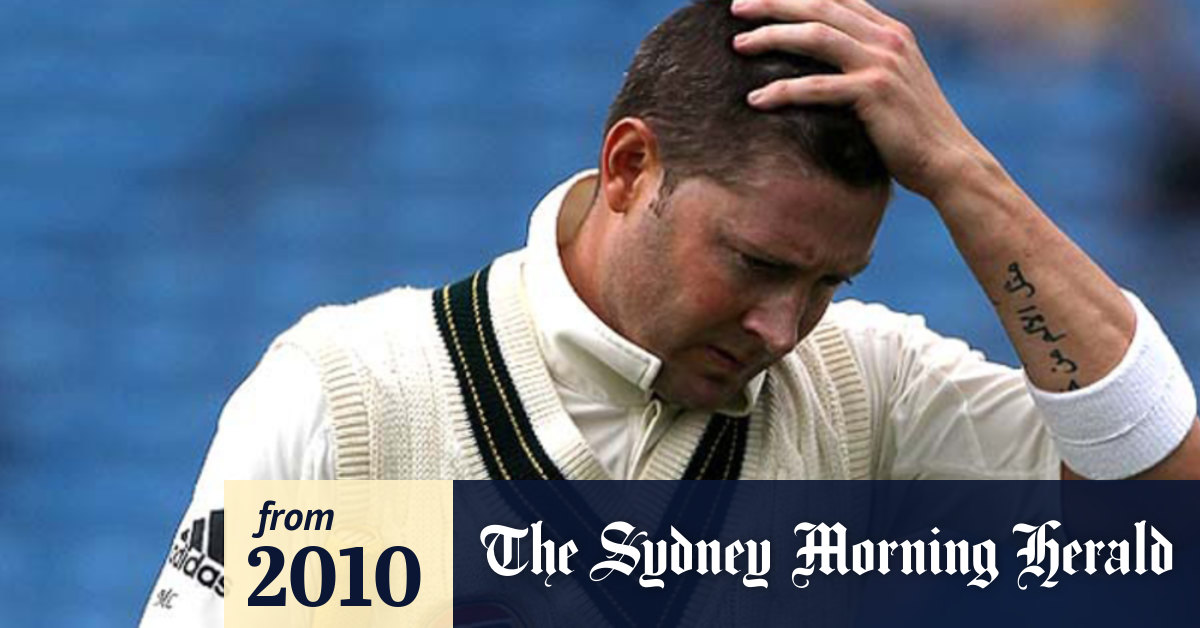 MARCUS NORTH has emerged as a shock contender for Australia's Test captaincy as Michael Clarke's popularity within the side continues to wane following a bitter tour of India.

Mixed performance by E&W in the first warm up game against Western Australia. The bowlers did ok in the first innings, Broad took three early wickets and Anderson bowled with good economy. Swann got one wicket. A batting collapse however in reply. Pietersen scored 58 and Broad and Swann put on a hundred odd for the ninth wicket. WA then scored 109-1 in 2nd innings, England bowlers did not do much.

Some questions remain to be answered re the batting in the next two games. It is essential that Cook and Strauss score heavily if England are to win. Collingwood not in good scoring form at the moment, Trott will occupy the crease and will be ok. Pietersen seems to be getting his confidence back. I wonder will Morgan get a bat the next day? If he scores well he might squeeze the brigadier out yet.

Hard to imagine Collingwood being dropped, unless his form is absolutely putrid. They’ll give him a couple of Tests anyway. He has proved to be very reliable when it matters most, and they’d be loathe to lose that I’d imagine. His fielding is superb too. He had another great run out yesterday.

Yeah, you’d expect that they this weekend’s team will be the team for Brisbane.

England won by six wickets. good performance by the bowlers to restrict WA to 220 odd, Swann taking four. Then a unbeaten Strauss on 120 set up the win. Pietersen scored 35 at a fast rate and Cook failed again.

Good performance from the bowlers and its handy when you have Broad & Swann at 8 & 9 both able to pick up a few runs. Scores of 9 & 5 from Cook and 4 & 26 from the Brigadier are disappointing though. Both need to find form fast.

Strauss looked the part yesterday and KP seems to have benefitted very well from his time back home in South Africa. Cook is a major worry for you English boys though. Australia finally won a cricket game yesterday, albeit a dead rubber ODI against Sri Lanka.

Good article by Roebuck in the SMH on Saturday about KP: 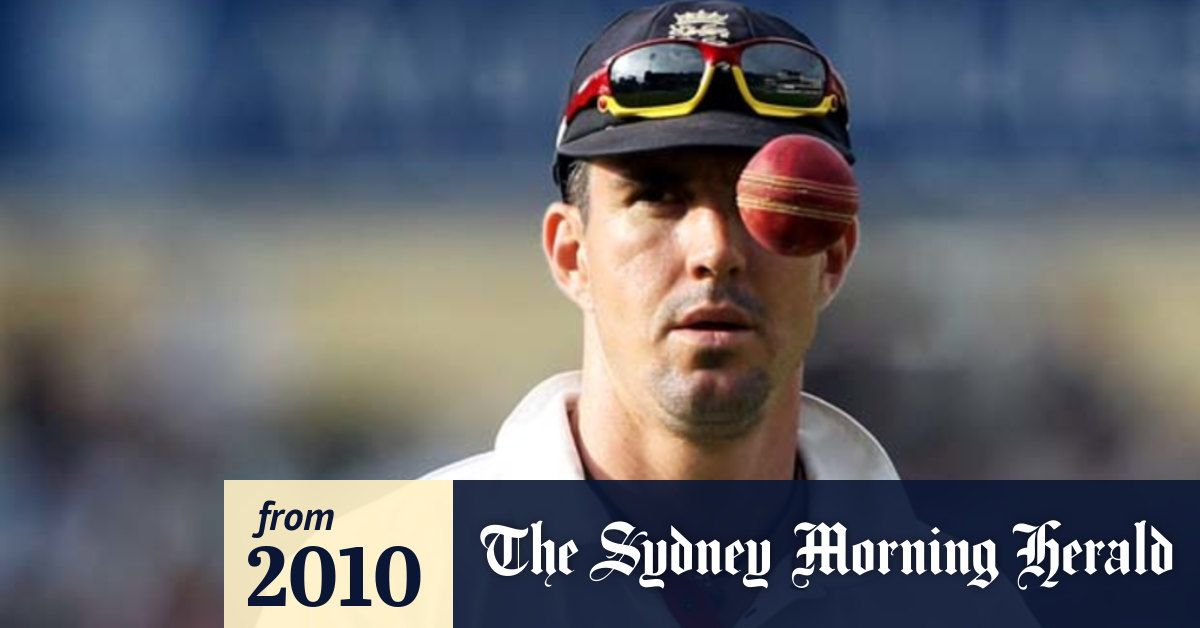 KEVIN Pietersen is a cricketer in search of his game and a man in search of his life. At last he is starting to look in the right places. After two years spent in self-indulgent folly he has gone back to work. Last month he returned to his roots in...

Bit of housekeeping needs to be done here, before the first shots are fired.

Are we all happy to keep the Ashes to one thread, rather than starting a different thread for each test? I think we’re better off keeping it all in the one place. I can do a preview the day before each test (stats only such as location, weather etc a la what Sid did with the WC).

Also, everyone must have their predictions in before the start - I’m going with a 2-1 series win to the United Nations of England.

I can’t wait for this, its not exactly the best cricket you’ll see, between the best teams (that would be India and SA), but its obviously important to those of us who live and follow cricket in Australia and for you English gentlemen as well.

Keep it all in one thread. Glenn McGrath says 5-0 to Australia but that it will be closer this time. I think E&W will win 2-1. They will win in Brisbane, draw in Adelaide, lose in Perth, win the Boxing day test and draw the last one.

Whilst I share Pigeons optimism I reckon E&W [SA & I] may well win in Melbourne or Sydney.

Better from the Brigadier in Adelaide with a welcome 94. Bell looked in good nick too and I expect him to be a real match winner for England in this Ashes series.

Better from the Brigadier in Adelaide with a welcome 94. Bell looked in good nick too and I expect him to be a real match winner for England in this Ashes series.

ENGLAND’S new-found ambition knows no bounds, with batsman Paul Collingwood outlining the team’s plans to dominate world cricket for the next 15 years in the manner of the great 2006-07 Australian side that humbled them 5-0.

Collingwood well remembers that side, bristling with Shane Warne, Glenn McGrath and company. He believes his English teammates can reach the same lofty heights.

‘‘The team that we played against four years ago, they built up an aura over a good 10- to 15-year period. They dominated cricket for a very long time,’’ said Collingwood, who yesterday struck 94 in the South Australian tour match.
Advertisement: Story continues below

''I think every team gave them a lot of respect because of that, and even before you went out on to the pitch they had this aura about them. And obviously they had the confidence, and they had the arrogance when you got out there, and too right they should have.

‘‘And that’s something we’re trying to build over the next 10 years as well, to create an aura about ourselves. We believe we can get better and better all the time.’’

The cause of all this optimism is England’s recent successes against Australia, having beaten them in all three forms of the game in the past 18 months. They feel the tide is turning, but also the belief in this touring side is genuine, as opposed to the false hope carried by Andrew Flintoff’s hapless 2006-07 crew.

‘‘I think what’s different is that we’ve had 18 months of solid cricket, the belief and confidence we’ve built over that period of time is genuine belief,’’ Collingwood said.

‘‘Another thing that has happened is that we’ve beaten Australia quite a few times in this past year, whether it be in the Ashes last year, in pressurised situations, the one-day series after being hammered by them [6-1] the year before, and the Twenty20 World Cup final. I think you can take a lot of belief out of beating Australia in pressurised situations and those kind of victories.’’

England won the opening game of an Australian tour for the first time since 1965 in Perth last week, and already appear a side extremely comfortable in the foreign surroundings.

‘‘Whether they’re being cocky or not, that’s maybe a confidence thing with them. They’ve been playing well for probably 18 months. Good luck to them, and if they want to throw around a few words, then that’s fine, but we’re just going to focus on our game.’’

England batsman Kevin Pietersen said he was ‘‘on fire’’ following knocks of 58 and 35 not out against Western Australia last week.

‘‘I did hear him say that he was on fire - that was about all I heard,’’ Johnson said. ''But talking about cocky comments … that’s probably one of them. It’s just how Pietersen is - it’s what gets him going.

‘‘But if we go out there and focus on what we need to do … we will win this series - that’s the plan, and do it in front of a home crowd and hopefully put a few of those comments away.’’

Collingwood revealed this Australian team was sledge-shy compared with its predecessors, but the 34-year-old is also wise enough to know that even great teams can lose their way on these pitches and disagreed with England fans who assume this series will be a walkover.