Johnston was pictured training on Friday so may be available.

I’m hearing from rumours close to the camp that Kyogo is going to start.

Rogic will start too surely after resting for the first hour at Ross County.

Ange was non committal on availability of anyone at the press conference.

I expect Hibs to line up as expected.

Looks like I was correct on Johnston. I wouldn’t risk Kyogo.

If Mikey is fit, I’d like to see him in the unused substitute role.

The same chaps who give MJ abuse are no doubt the same ones who had Ralston wrote off from the start.

If Kyogo is fit he should play. Who knows whether he is or not but a cup final is not a game anyone should be sitting out optionally.

I think one of Kyogo or Forrest will start. No point bringing one of them on to potentially waste two subs if they go down then, especially with potential extra time. May as well try get first 45/60 out of one of them

I’d normally agree, but I’m the kind of bitter ex wegie who is happy with finishing anywhere in the league as long as it’s a place above rangers.

What are we thinking team wise?

I don’t think Kyogo will start, but I’m happy to bow to Rocko’s sources if required.

Montgomery has surely played himself out of the starting line up in recent weeks. I’d say Taylor will be restored at left back, even though Scales has done well when called upon. That would allow Juranovic to play ahead of Ralston on the other side. Johnston to get a tentative nod on the left wing then.

If someone’s playing out of position upfront, I think I’d prefer Abada over Turnbull. That would see Bitton missing out in midfield.

That leaves me with:

I’m assuming Forrest, Jota, Giakoumakis and Ajeti are all definitely out.

We are long on players, and short on quality, a legacy of the dog days of the Lennon/Lawell era, which seemed to involve buying six unproven or mediocre players on the off chance that one could be offloaded at a profit (with bonus), rather than one or two of proven quality.
We are ridiculously reliant on kyogo at present imho.

I think we have a chance of seeing Forrest. All conjecture but some talk of him training yesterday too.

The left back will be up against Boyle and I think Taylor will win that too. 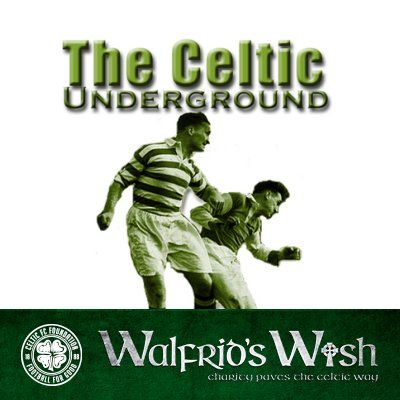 Kyogo is currently walking the pitch. On the bench at least. 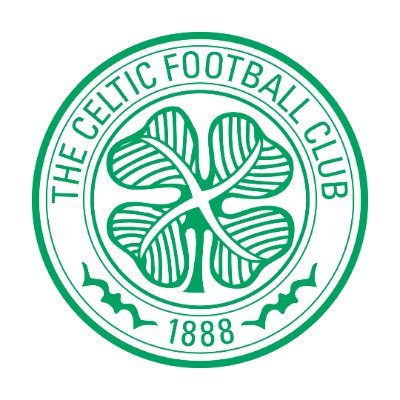 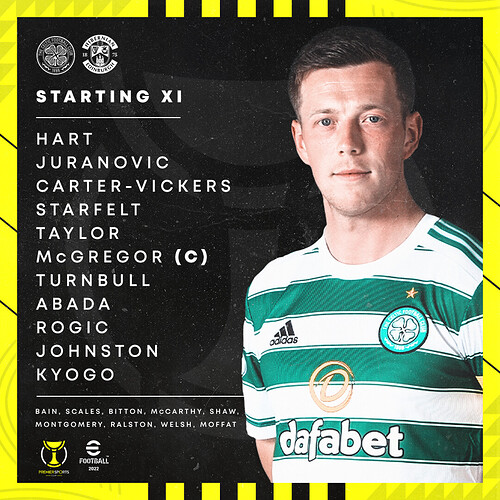 No Ralston. Ange said he wasn’t fit the other night so he drops out, Juranovic moves back and Kyogo and Johnston come in.

A couple of big surprises there. Kyogo starts, as I predicted.

Ralston must be injured. Ange mentioned him playing through injury the other night. 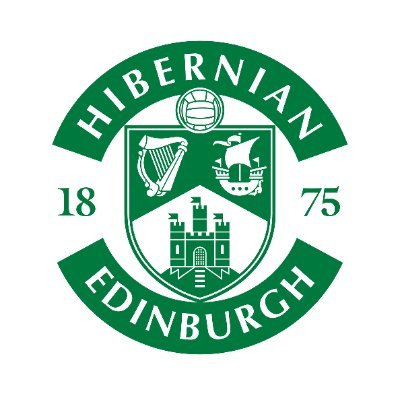 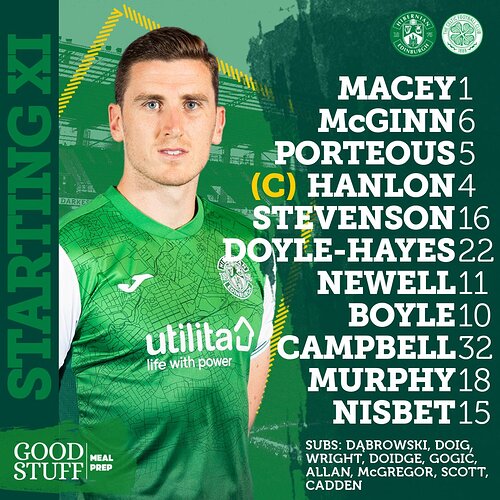 I didn’t think Kyogo would start, as he wasn’t in the picture gallery from Friday’s training session. Ange has just said that he trained yesterday but I wonder if he was out on the grass (as we say in the game) earlier in the week. It would tickle me if we just didn’t want Hibs to think he was playing, and some social media employee had to make sure he wasn’t included in any of the pictures posted. Sitting down with the photographer to make sure his dyed hair isn’t flashing around in the background.