The Gover is moving this back to blighty, the home of football, where it belongs
MANCHESTER CITY V CHELSEA

Michael Gove says the United Kingdom government is currently locked in “delicate negotiations” to move the Champions League final from Turkey to England.

Manchester City and Chelsea will contest the all-English showpiece event on May 29, which is currently due to take place at the Ataturk Olympic Stadium in Istanbul.

Both sets of supporters are set to miss out on attending the game due to the fact Turkey has been added to England’s coronavirus red list for travel, but Gove says steps are now being taken to switch the location.

The Minister for the Cabinet Office told Sky News on Sunday: "My son is a Chelsea fan and he would dearly love to see the game played in the UK.

"But there are delicate negotiations that are going on at the moment.

“My friend, my colleague the Culture Secretary Oliver Dowden, is talking to people about this at the moment and so I don’t want to cut across that, but I’m sure that fans in the UK would dearly love to see the final played here in the UK.”

Who will make the final decision?

UK transport secretary Grant Shapps has confirmed that UEFA will have the final say on where the 2020-21 Champions League final will be held after insisting that red-listed countries “should not be visited except in the most extreme circumstances”.

“The UK has a successful track record of hosting matches with spectators so we are well placed to do it,” Shapps said last week.

“So we are very open to it, but it is actually in the end a decision for UEFA to make. But given it is two English clubs in the final, we look forward to hearing what they have to say.”

Where could the final be staged in England?

Wembley has been mooted as the most likely venue for the Champions League final if Istanbul’s hosting rights are taken away, with the famous London stadium also set to stage the European Championship final on July 11.

It has been reported that the EFL play-offs could be re-arranged to prioritise the European showdown between City and Chelsea, with the Championship play-off final also currently slated for May 29 and the League One and League Two deciders scheduled for the following two days.

Great news. The memory of European Cup finals at the Ataturk Stadium in Istanbul will remain unsoiled, for another year at least.

It’s going to be a Douro’ld final. 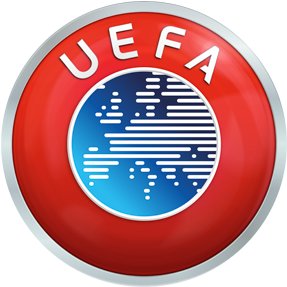 6k tickets allocated to each side, Chelsea fans will be delighted with the extra tickets City will have left to distribute to them.

Not unless the British Lions belatedly arrange a match for Lisbon. It would make sense to be fair. Would make a nice stopover for the boys on the way out to South Africa and be a great boost to Portuguese rugby.

Indeed - a nice green and white hooped shirt for the occasion

Only about 300km off there

Indeed - a nice green and white hooped shirt for the occasion

That way the Lions would have both big Lisbon teams covered in terms of colours. A great marketing opportunity, up there with Sir Ian McGeechan’s Official Lions Wine Club.