What lineup are we expecting? Hampered with injuries and international duty I would go with the below

I just don’t see Guchi making it after Saturday and Abada possibly not fit to start.

These rats will be up for it, we need to start well.

Not to get all cliched…but this could be a bigger game than the derby next week in some respects. If we drop points then it takes a lot of pressure off them. I just don’t want to have Ian Crocker at full time going on about John Souttar going a long way to ensuring the title will be remaining with the club he’s joining in the summer etc etc.

The first choice midfield three from the first half of the season are all injured/unavailable so the personnel in there tonight won’t have much experience of playing together. McCarthy is the other option if he wants to go a little bit more conservative and leave O’Riley or Hatate on the bench. I think I’d chance Bitton, Hatate and O’Riley myself. Ideguchi’s injury is now meant to be quite bad after Ange clarified the situation yesterday. McGregor is meant to be out too but might be able to play next midweek.

Abada is fine so it’s probably Abada, Forrest and Jota vying for 2 wide spots. The only other selection issue is whether Taylor plays left back, making it a straight Juranovic/Ralston decision on the other side.

Yeah I think that’s the team. Huge game for O’Riley to make his debut. Could be anything really at full back but Juranovic seems preferred and Ralston got the goal against them last time.

If Celtic play well, it should be a good win irrespective of hearts. If not, it’ll be a long night.
Been looking forward to it all week.

Worth speaking out on it at least… 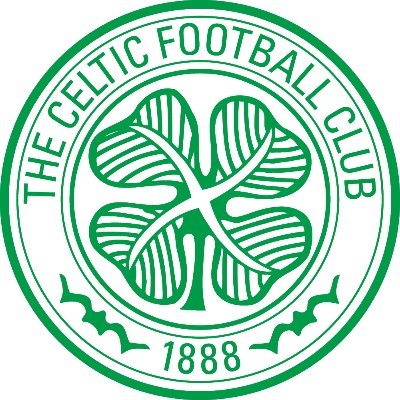 @CelticFC
🗣️ "You want referees to provide that protection for both sets of players, both from deliberate actions but sometimes just by reckless action."🍀 Ange Postecoglou is looking for protection for his players👇
1 Like
Bandage January 26, 2022, 3:41pm #6

I’d also be much obliged if we didn’t make a hero out of Craig Gordon. The guy seems like a bit of a dick to me. When he was at Celtic he was the type of lad that would post multiple angles of a save he made in a 4-0 defeat on social media but would have nothing to say about a team win.

A complete prick and a very average keeper, shameful penalty record. Sad inditement he ever pulled on the shirt.

Ralston and Abada miss out. O’Riley starts! Doak on the bench.

Updated lineup with Bitton in this year’s kit. 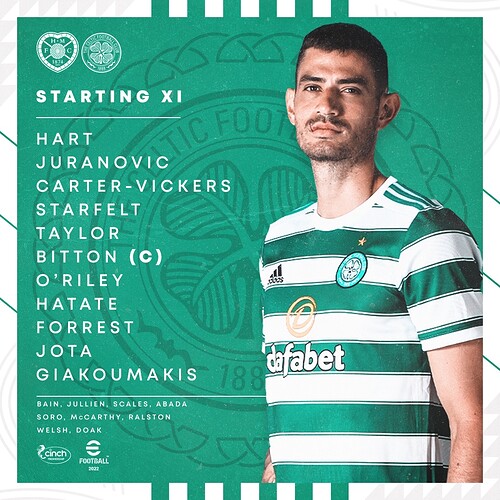 No Mikey suggests he’s heading off on loan

Jullien on the bench too. It’s a bit defence oriented but most of the injuries are in attacking areas. Where does Doak play?

He’s a winger (or full back) I think. Linked with Liverpool last week and hasn’t signed a pro contract yet

McGregor doesn’t look too bad. Hopefully be ok in a few days. 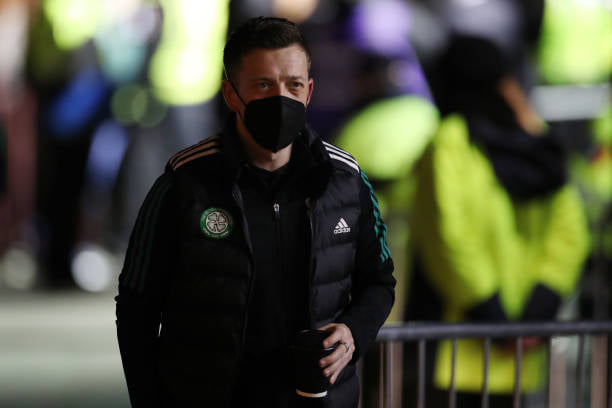 Celtic getting into a rhythm now and Jota looks very sharp. Early stages were a little dodgy. Possession in our own half but not able to progress with the ball and some careless/sloppy passing. Looking better now but need more of it.

Just glad neither of you have had a cheap cut at Craig Gordon after that.