A shortlist of seven potential host cities has been announced. 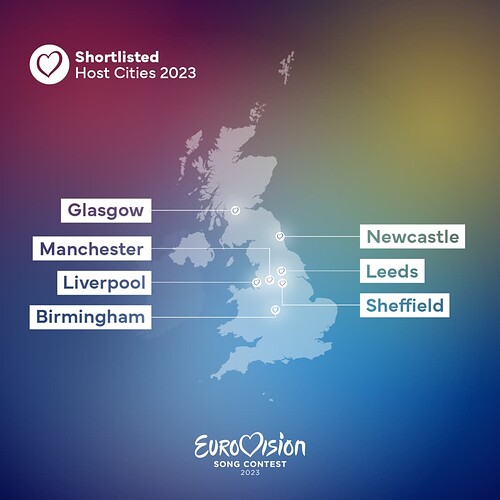 No more ‘nul points’ for the UK? Why Eurovision is about to get a lot less sleazy

‘Irregular voting patterns’ – or, countries scratching each others’ backs – have ruined Eurovision. But a new system could change the tune 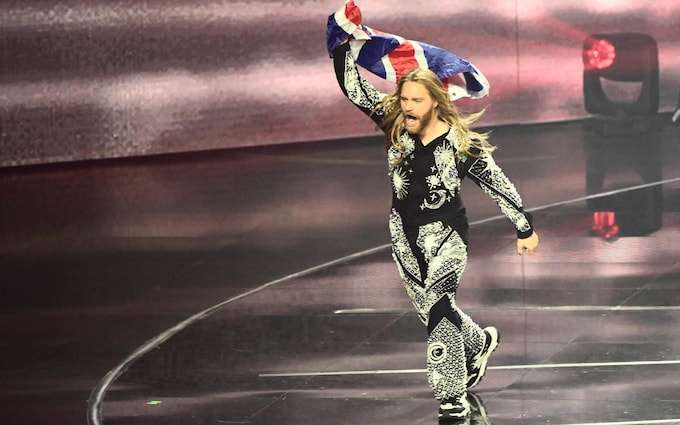 Hold my cocktail and unplug the confetti cannon! Organisers of the Eurovision Song Contest have announced sweeping changes to the voting system for next year’s competition in a bid to eradicate vote rigging.

From 2023, juries from individual countries will be banned from deciding which nations progress from the semi-finals to the so-called Grand Final, with the qualifying countries being solely determined by a public vote. Further, viewers from countries not taking part will be able to vote for their favourite songs for the first time. In a bid to stamp out sleaze, Eurovision is essentially becoming a global reality TV competition.

The move follows the discovery last year of irregular voting among the juries of six countries during one of Eurovision’s two semi-finals: Azerbaijan, Georgia, Montenegro, Poland, Romania, San Marino. The countries had effectively all voted for each other. So organiser the European Broadcasting Union (EBU) set about finding ways to “protect the integrity of the event”. Today’s changes are the solution. They will, according to Eurovision’s executive supervisor Martin Österdahl, “acknowledge the immense popularity of the show by giving more power to the audience of the world’s largest live music event.”

Translation: giving more power to the audience means taking power away from potentially corrupt juries. The rankings in the all-important final will still be decided by a combination of votes from viewers and points from countries’ individual juries, albeit using a slightly tweaked formula.

The new rules shouldn’t affect the United Kingdom as we are one of five countries that automatically qualify for the Grand Final every year as we’re such a big funder of the EBU. If the final as well as the semi-finals was to be decided solely on the basis of a public vote, then the UK would surely be banished to “nul points” purgatory for evermore. The reason? No one likes us very much, Sam Ryder’s stellar performance last year notwithstanding. But banishment, thankfully, will not be the case. 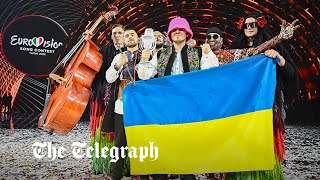 So what are the changes likely to mean in practice when the Eurovision takes place in Liverpool next May (we’re hosting it on behalf of last year’s winner Ukraine, which can’t do it for obvious reasons)?

Firstly, the show should become fairer and more transparent. The noxious notion of countries scratching each other’s backs or voting in blocks will be wiped out in the run-up to the final. Last year’s vote rigging – or the emergence of “irregular voting patterns”, in the official parlance – was so obvious it was almost comical. Independent Eurovision bodies the pan-European Voting Partner and the Independent Voting Monitor (which are like our Electoral Commission but for cheesy music) noticed within hours of the second semi-final on May 12 that something iffy was going on.

Four of the six juries of the countries named above had placed five of the others in their top five (taking into account that they couldn’t vote for themselves), while one jury voted for the same five in their top six, and the final jury placed all the others in its top seven. Alarm bells rang as most of these countries had been ranked in the bottom six by the 15 other countries in the semi-final. Go figure. The irregularities were “unprecedented”, the EBU said.

Secondly, the changes will mean that Eurovision fans from India and Iran to Mexico to Malaysia will be able to join in. The event is already global: last year it drew a television audience of over 160 million, and Australia now takes part. But this will broaden it further. “Fans in Asia [are] absolutely thrilled by this news,” wrote one fan on Twitter about the changes in the voting system. Another wrote: “At least five people in my family in Peru are gonna vote and there [sic] hundreds of Eurofans about Latin America.” 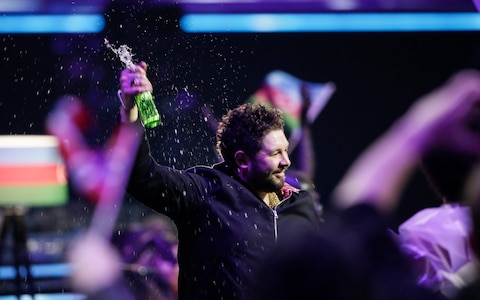 James Newman, who won zero points for the UK in 2021 CREDIT: AP

This will in turn alter the 50-50 ratio to give the general public a 50.6 per cent say in the winners, versus a 49.4 per cent say for the juries. In reality such a shift is unlikely to alter the winner. But it’s symbolically huge. It means Eurovision is a now predominantly a “people’s competition”. Public voting of any kind was only introduced in 1997.

Thirdly, I predict that the contest will become more fun and slightly more chaotic and controversial. Fun because the music might become more diverse – there are fans in Peru to appeal to, after all. And the global element will mean that those Eurovision parties will stretch far beyond households in participating countries. Chaotic and controversial because widescale change always has the potential to be fraught.

Voters from Rest of World countries will have to pay to vote via a secure online platform using a credit card from their country, the EBU has said. Paid voting is already done via text or a phone call in participating countries (or by paid online voting in Australia). An EBU spokesman tells me the cost of voting will be published nearer the time. But some Rest of World potential voters are already sceptical. “Uhmmm, credit card, really?” wrote one Manila-based fan.

Whether any of this matters to you depends on whether you see Eurovision as kitsch entertainment frippery or a series competition. But one thing is for sure: Eurovision 2023 certainly won’t be boring.