Former England footballer Paul Gascoigne has been detained under the Mental Health Act following an incident at a Tyneside hotel.
Northumbria Police said a 40-year-old man was detained at Gateshead’s Hilton Hotel on Wednesday evening when concern was raised about his behaviour.

Mr Gascoigne had been asked to leave Newcastle’s Malmaison Hotel earlier that day after a disturbance.

Police said he was not in custody and was now receiving medical treatment.

Mr Gascoigne is understood to have moved to the Hilton Hotel after leaving the Malmaison in the early hours of Wednesday.

Northumbria Police confirmed a 40-year-old man had been detained under the Mental Health Act.

A Hilton spokesperson said: "We can confirm that the guest in question checked into the hotel early on Wednesday 20 February.

"While there was no disturbance caused (at the Hilton), we did receive a phone call from the police later that day.

“Since then we can confirm that he was escorted calmly from the hotel and we are continuing to co-operate with the police.”

Mr Gascoigne has battled for some time with alcohol and health problems.

In January 2005, he was hospitalised with pneumonia and last year he underwent emergency surgery for a perforated stomach ulcer after being taken ill as he was celebrating his 40th birthday.

He was arrested for an alleged assault on a photographer outside a Liverpool city centre hotel in 2005. The charges were later dropped.

A former player with Newcastle United, Tottenham Hotspur, Lazio, Glasgow Rangers and Middlesbrough, he was sacked after 39 days as manager of Kettering Town in 2005.

He was capped 57 times for England.

Very sad. A very gifted player but was too fond of the sauce. Best English player of his generation.

There was a headline on the BBC site last night that went ‘Managers tip Gazza recovery’. I thought it was pretty funny what with Steve Bruce and the likes assessing his mental problems and assuring everyone he’d be fine.

my childhood idol - I’m not wagging my tail now I tells ya.

but good enough for him for joining the huns, but he was class on football italia.

They had him doing predictions on matches and him only in the country a few months. Also it was Gazza - not exactly blessed with brain cells.

I remember one line from him in his thick Newcastle accent:

‘Dunno much about Foggia’

Gazza’s been sent to a facility that houses a collection of the sickest and most depraved people in Britain. His family are reported to be extremely concerned about his welfare but Walter Smith has told journalists that he’s delighted to welcome Gascoigne back for a second spell with Rangers. Boom.

Could see that coming from Cork

apparently he has been holed up in that hotel for months now, and he just plays nintendo wii all day, and is always trying to get the staff to play with him

Could see that coming from Cork

I typed it using a keyboard in a Dublin office.

Many greats have graced the pitch of Dalymount Park since the ground opened
for business in 1901: Pele, Zidane, Beckenbauer, Best, Van Basten.

Few of them managed to spend time in the bars of Dalyer as well as the
pitch, but Paul Gascoigne achieved that a decade ago when he eschewed the
traditional cup of tea/slice of orange/slug of Gatorade as a half-time
pick-me-up and instead used the break to have a sneaky fag and pint in the
Dalymount Park bar while he was on duty with Middlesbrough.

The date was October 16 1998. In midweek nothing was happening in the
English game, but it was a busy night in this country. In the Brandywell
there was the odd sight of French legend David Ginola playing for Derry
City in a charity match against a Mick McCarthy/Ireland XI, a game to raise
funds for the families and victims of the Omagh bomb which occurred just
two months earlier.

Down in the capital, Middlesbrough used the break to come to Dublin for
what could be described as a valuable workout in a friendly against
Shelbourne.

Then Shels player Pat Fenlon used his ties with Boro to bring them over and
as Tolka Park was out of bounds due to work on the pitch, Shels played Boro
at Dalymount. The game itself was not so remarkable, as one match report
makes clear: Goals from Irish international Alan Moore and Mark Summerbell
gave Middlesbrough a pedestrian 2-0 win over Shelbourne in a dour friendly
that rarely caught the imagination of a crowd of some 2,000 at Dalymount
Park last night.

But it was Gascoignes unorthodox half-time refreshments which caused more
interest. That night, assistant manager Viv Anderson was in charge of the
side as Bryan Robson was back on Te eside for other business, and Anderson
obviously had difficulty in holding Gazzas attention as the midfielder
walked out of the dressing room (Boro were using the home changing room),
walked down the steps and into what was then called the Harp Bar, a
distance of eight feet, and according to some witnesses had a half-time
cigarette and the best part of a pint.

Once Anderson saw that his star midfielder was missing he was sent for.
Gazza caught the end of what must have been a stirring team-talk by
Anderson and possibly as punishment was sent out to play the second
half.

He came in and chatted to his pal and had a few pulls on his mates
cigarette. He must have been there for five or 10 minutes, said one
eyewitness.

Viv Anderson had to come in and tell him to get back with the other
players for the half-time talk. Viv was clearly peeved. It was a 0-0 draw
at that point and Gazza hadnt even had a good first-half. In fact, he
contributed very little to the game.

In a strange twist, Gazzas half-time fag came just days after Boro had
announced that the Riverside Stadium would become a no-smoking zone.

The half-time fag didnt stay long in the headlines: within 24 hours Gazza
was in the news for another reason as it was revealed that he took the
clubs new team bus for a joy ride and smashed it up. The brand new bus had
just been delivered to the training ground, when the driver was distracted.
Gazza told his team-mates he was going to the bookies, hopped into the bus
and smashed it into a wall. The distraught bus driver didnt know what had
happened and was about to call the police to report the vehicle as stolen
when a team-mate told all and said Its Gazza.

That’s a smashing story about Gazza’s half-time pint and also crashing the team bus. I know he’s an extreme example but I’d say half the scheidt that goes on behind closed doors at these clubs would thoroughly amaze you.

Mike Tyson is offering to provide counselling and support to troubled Paul Gascoigne when he arrives in Britain next month.

The England legend suffered a mental breakdown, which required two weeks in hospital for psychiatric treatment, and the former heavyweight champion believes his own chequered past could help.

'A lot of top sportsmen have suffered in their private lives, including me, and that is why I want to help.

‘I still see him as a superstar and would like to meet him if he feels up for it.’

Their first meeting three years ago was a boost for the young footballer at a time when he was under fire for his aggressive style of play.

Tyson said: ‘Back in 2005, Wayne Rooney was on a downer and I met him and lifted his spirits. I am sure I can do the same for Paul Gascoigne.’

Tyson makes an unlikely counsellor, having been convicted of rape in 1992 and jailed for a day in November last year for driving while under the influence of drugs.

He will complete a series of speaking engagements in northern England next month, including a date in Gateshead, a stone’s throw from where Gascoigne grew up.

‘He has been through a lot and he said he would like to meet Gazza and help him if he could.’

Gascoigne was detained in February after Northumbria Police were called to a Newcastle hotel following reports he was acting erratically.

He has since been treated and has been staying with members of his family in the North East.

The tabloids are reporting Gazza made a suicide attempt in a London hotel yesterday. The lad seems seriously fooked up.

Arrested again. Criminal damage this time. Presume it’s to some kind of property as opposed to his (ex)wife.

Technically neither of them ever played in the SPL!

Gazza yesterday morning outside his local, 9am, trying to get in 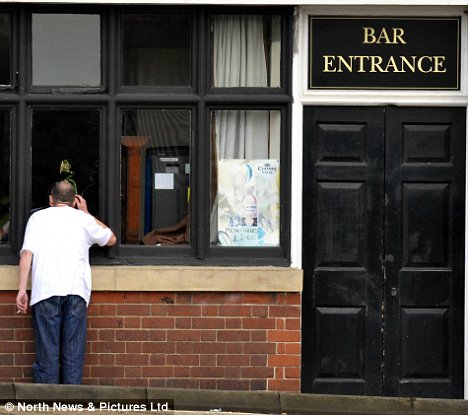 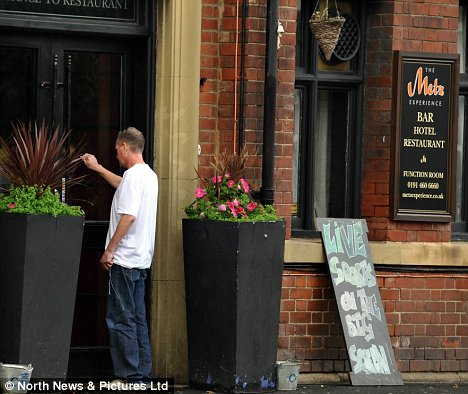 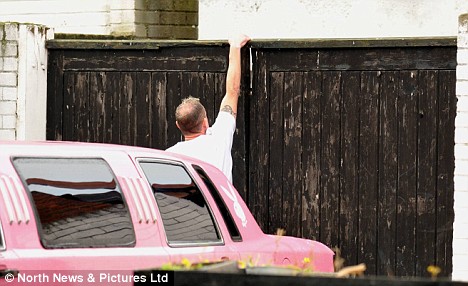 Technically neither of them ever played in the SPL!

sorry your pedadtic majesty:rolleyes:…i will change that to grace scottish football…

heard on todayfm this morning how Neol Gallagher was kicked out of a club coz when he got some soup, Gazza walked up to him and said do you want a ‘roll with this’. And Neol doused him with a fire extinguisher. sounds like a horsehit story to me.

then I was just in a ship there and saw the front of the mirror (I think) which says Gazza tried get into a pub at 9am or something.

And now he is arrested? hard to know what is really going on at all. In his auto biography at the end he goes through all the myths and storys about him and which are true and which are false. its amazing the amount of stories about him are bullshit.

Good shot of him trying to get into a pub at 9.30 in the morning. Nothing much wrong with that I would have thought.

Whatever happened to his ‘mate’ Jimmy Five Bellies?

there was a great interview with abel xavier when he was leaving everton for liverpool…presume it was taken at evertons training ground when hlaf way through it gaxxa starts roaring down from an upstairs window “please don’t go abel, i wanna have your babies” etc…