Usually value to be got there. 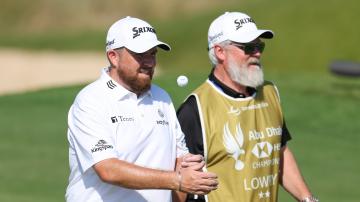 Lowry and Martin parted as friends

As Shane Lowry bids to remain in the pack, split with caddie Bo Martin may be just the thing

For the postcard-perfect recollection of how Shane Lowry and Bo Martin blended as a team, return to the drenched summer Saturday at Portrush in 2019 when Lowry was brilliantly pulling the Open Championship into his lap. Martin, as caddie, was riding shotgun, surfing together the waves of the most incredible atmosphere seen and heard at any golf tournament for years. By the end Martin and Lowry were united in thrilled bemusement. Lowry was finishing up a stunning round of 63 that made gloriously good on everything he always promised to be as a golfer.

“Honestly,” he said, “that’s the most incredible day I’ve ever had on a golf course. I said to Bo walking off the 17th tee, ‘We might never have a day like this on the golf course again so let’s enjoy the next half-hour’. And that’s what I did. The crowd were incredible. I just can’t believe what it was like.”

The day after, when Lowry set out defending his lead, Martin was the sea wall resisting the waves of anxiety when Lowry’s mind drifted to thoughts of winning. “He was unbelievable today,” Lowry said afterwards. “He kept on my back all day, kept talking to me, he kept in my ear. I kept on telling him how nervous I was, how scared I was, how much I didn’t want to mess it up, but he was great at keeping me in the moment…I’ve known Bo a long time. He’s now become a very good friend of mine. And to be able to share it with someone so close was very special, yeah.” 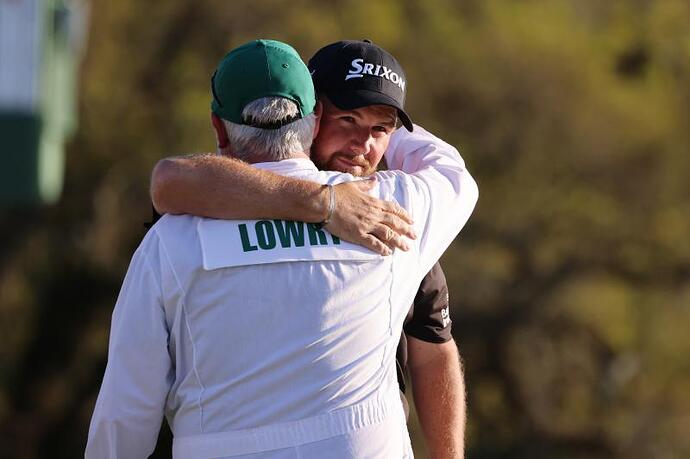 Their relationship appeared to be bright and breezy

These were the moments when the soft power of Martin as a caddie would come into play. “The golf he’s been playing,” Martin said, “it’s been flawless, really. He doesn’t have to prove to anybody that he’s a good player. But he had to prove it to himself, genuinely.”

When they met nine months before in Dublin Lowry was ranked 86th in the world. His relationship with his previous caddie, Dermot Byrne, had been dwindling but still ended abruptly after the first round of the 2018 Open. A year later Lowry was ranked 17th, the Open was his second tour victory since Martin had come on board in September.

Last September they won big again, collecting the BMW Championship at Wentworth. The DP World Tour cameras were following Lowry around, capturing the emotional swings between Rory McIlroy’s last eagle putt balanced on the lip of the hole handing Lowry a one-shot victory and the bearhug with Martin and Lowry’s coach, Neil Manchip. He posed for pictures with Martin, holding the trophy.

That was how the world liked to see them and how their relationship appeared to work best: bright and breezy, two personalities perfectly in tune resisting the torrents of mental pressure engulfing them both. Now that their working relationship is over it is easy to reverse engineer Lowry’s fairway eruption at Martin during last year’s Masters as the beginning of something. Endings are rarely that clean-cut. 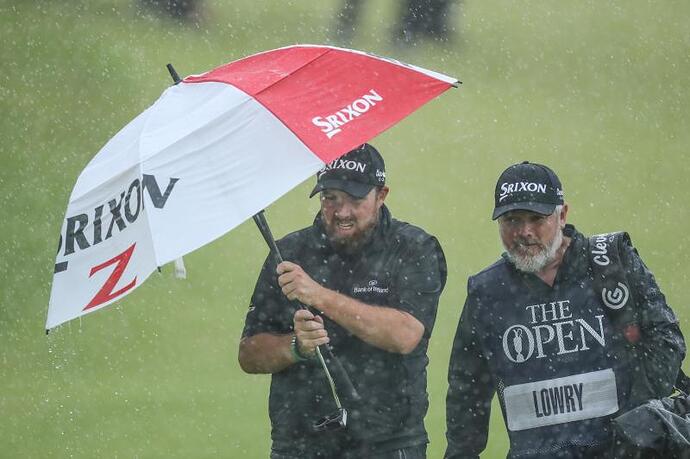 The reports last week depicted a gradual parting, beginning with Lowry failing to score a single point at the Hero Cup, between Great Britain and Europe, intensifying when Lowry squandered the lead at the HSBC Championship with a 76 in his final round, finally concluded after missing the cut at the Hero Desert Classic last weekend. There was talk of a loss of “spark” and “chemistry” between them, the sense that Lowry’s “mojo” wasn’t working. It was the ephemeral, imprecise language that goes straight to the heart of the frequently indescribable relationship between golfer and caddie. There was something that felt odd, then wrong, and then there was nothing.

Watching McIlroy sweep to another title last weekend was also a reminder of how quickly the sands in golf can shift. McIlroy is 33, playing the golf that could inspire a golden period of his career. Lowry is 35. In the 11 major tournaments since Lowry won the Open in 2019, only two players have won majors aged older than 32, Lowry’s age at Portrush: Dustin Johnson (36) and Phil Mickelson (51). Reach back to 2012 and the average age of a major winner is about 31 – Lowry was 32 in 2019. Of the 31 major winners since 2012, 24 were younger than Lowry when they achieved their victories.

This is the Saturday afternoon of Lowry’s career, the moment he must hold his position in that leading pack or risk trailing off. Years before Martin took over the on-course curating of Lowry’s mental wellbeing as a golfer, the prescription for his previous caddie was much the same.

“Dermot was great this year when my results were not good,” Lowry said in December 2012. “He kept on drilling it into me: ‘This is going to be your best year ever. We’ll make a million euros.’”

They parted as friends back then, same as Lowry with Martin this time. That innate decency hasn’t changed. His golfing self requires something different.