The screens may go up around Croke Park, legislation banning supporters’ unauthorised entry on to the field of play before, during and after games may be enshrined, but what will all that do for the culture that exists in the minds of GAA supporters in just about every of the 32 counties on this island.

Click on to YouTube and you’ll still hear the hail of abuse being directed at Christy Helebert, a former Galway hurler who turned his hand to refereeing and was climbing the ladder steadily until his appointment to the Loughrea/Mullagh club hurling semi-final.

It is the culture that convinced a young Tipperary man that he was doing some service to his parish when he entered the field of play in Kilsheelan last May, armed with a hurl and decided that Willie Barrett – one of the most respected hurling referees of the modern era – was fair game for retribution. A hurl to the back and another that caught Barrett’s hand and he turned on his heels, content that his contribution was complete.

Thumb through the archives and the lists are endless. Michael Duffy needed the cordon of luminous, State jackets to get away from the Gaelic Grounds after having the temerity to send off a Portlaoise player in the first minute of their All-Ireland club semi-final against Kilmurry/Ibrickane in February. Joey Curley had much the same escape route mapped out for him after his handling of the Carlow/Dublin Leinster U-21 match not long after that.

Need we go on? But it was from listening to the woman on ‘Liveline’ yesterday afternoon, who believes it was fully her right to have a confrontation with Martin Sludden after Sunday’s match and let him know what she thought of him and how wrong he was, that really crowned it. What qualified her intent, however, was that she didn’t want to hit him or violate him in any way! Bless her and her benign ways.

The culture of disrespect for referees in the GAA is alive and well.

And sick to the core.

The apologists for such behaviour will point to the ratio of incidents to matches and say that it is very low.

But that still doesn’t excuse the culture that is more prevalent in Gaelic games than it is in any of the other major sports in this country.

The GAA is currently enjoying probably the best Gaelic football season for some time. The four provincial championships have been revitalised, the qualifiers intriguing, and the talking points have been endless. But Sunday’s conclusion was a terrible stain.

Referees should be up in arms over this. At lunchtime yesterday their spokesman, Mick Curley, tried to play it down.

They have become the tangible scapegoats for frustration and anger. As much as the supporters feel they have the right to be on the field of play after a game because it’s tradition and the association is all-inclusive (the man that marks the pitch and all that … ), they also feel they have the right to an open season on the officials. Abuse him and lynch him? Why not? It’s our right as members of a democratic organisation.

Sunday already has the feel of a landmark day for the GAA and its fight for respect of its officials and space and safety for its players after matches.

Meath midfielder Mark Ward, no shrinking violet himself, was struck by a Louth supporter, little pockets of resistance sprang up everywhere around the field. It was chaotic and dangerous.

When the GAA All Stars tour went to Argentina last December, members of the touring party visited the ground of the Boca Juniors soccer team in Buenos Aires and got a vision of what the future of GAA grounds would be like if efforts to coerce crowds into staying off the field continued to fail.

The sight of crowds hemmed in by 10-foot high Perspex fences, which offer clear vision as long as the Perspex remains clear of stain, graffiti and natural wearing in a harsh climate.

Is that now the reality after the latest ritual harassment of a referee?

The GAA have been ramping up their efforts to keep crowds off the field after games, particularly in Croke Park. So far they have failed in every battle.

Inadvertently, the attacks on Sludden may now have given the authorities the ‘incident’ that gives the campaign they wage real impetus. The onset of legislation banning unauthorised pitch entry is upon us. For real this time.

When you purchase a ticket or pay your way into a GAA ground it should come with certain obligations and stipulations.

The health and safety of those who encroach the pitch after matches is one thing. They make that choice themselves. The safety of those at the core of the game is another issue. They play the game and then they have to run for cover. Is that the way it is?

The former referee, John Bannon, recalled yesterday how he never stood on ceremony when he ended a match regardless of how one-sided it was. Those few seconds and minutes after a match has ended can be fraught with tension. He learned to survive in the culture.

For the GAA, there is no quick-fix as to how it should deal with this unpalatable culture of abuse towards referees. So far, it has failed on just about every count.

Last year, remonstrating with a referee, under the experimental rules, became a yellow-card offence and provided a strong preventative mechanism for keeping players at arm’s length from officials. It worked. But the failure at Congress for those rules to stick saw the practice dissolve. This season, normal service has resumed.

Maybe it’s an Irish problem, a disrespect for legislation, an abhorrence of authority, something we don’t take to too well.

Martin Sludden made a big mistake. He probably cost Louth a Leinster title with that mistake. But that doesn’t make him fair game to the public like he was.

Admins please make this a sticky.

Admins please make this a sticky.

It’s the Greeks I’m after. 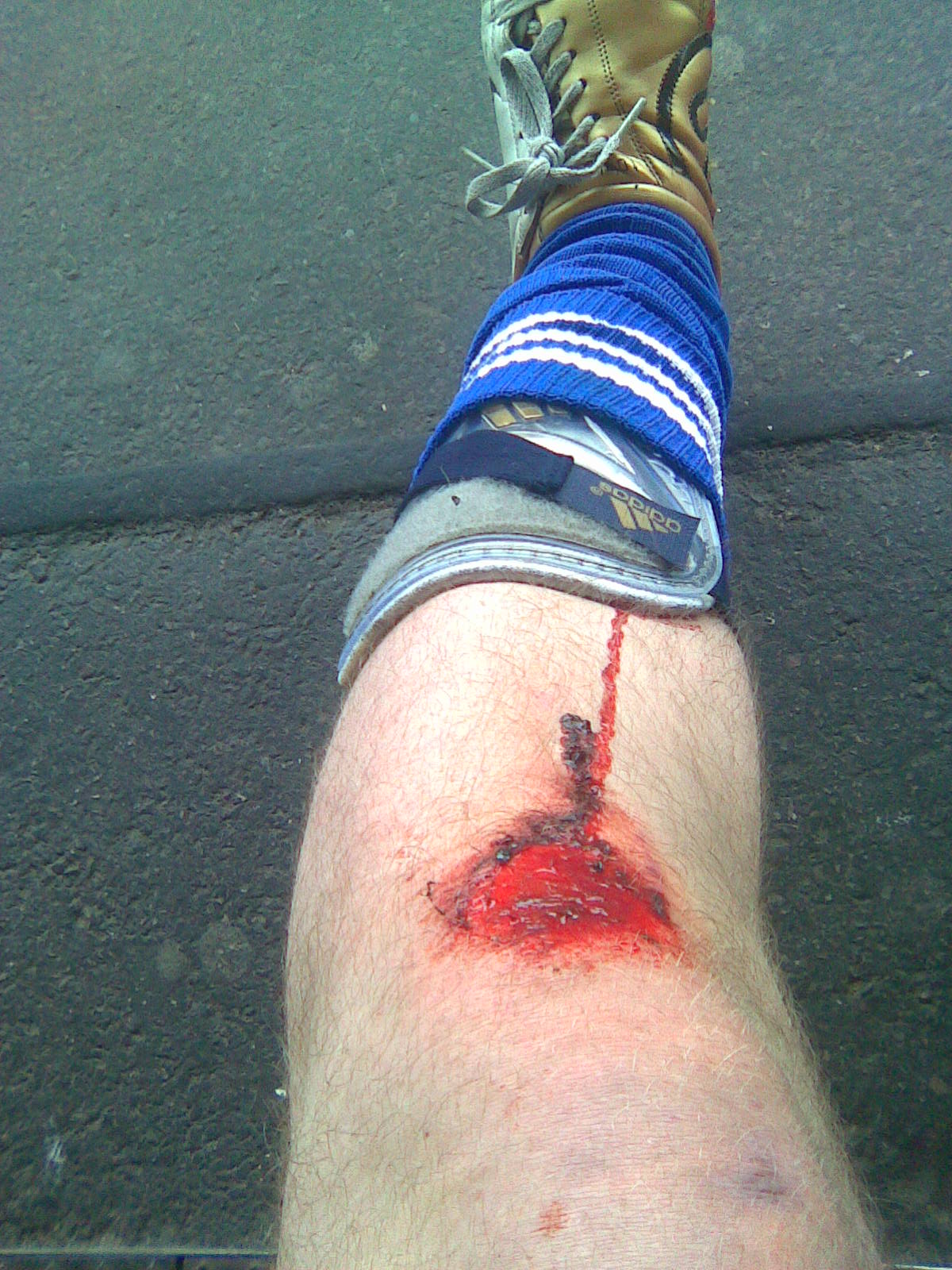 WOULD YOU BELIEVE MY OWN DOG DID THAT TO ME?

WOULD YOU BELIEVE MY OWN DOG DID THAT TO ME?

Rod Liddle, he’s the guy who ran off on his wife with a young wan.