I\'ll gamble on anything, me

While not an avid egg-chasing enthusiast, I’ve snapped up a freebie for this evening’s encounter at the RDS. The great thing about rugby betting is the first tryscorer markets, generally starting at 10’s or better. So to provide an interest I’ve backed Luke Chadwick/Fitzgerald (they’ve never been seen in the same room) at 10-1.

If you’ll bet on anything, heres one to get your teeth stuck into

I’d reckon Drogheda out of that lot. Still growing, outside the Dublin area so it would be a distinct city and has cathedrals (no longer the criteria for a city but possibly still important). However Paddy get to keep your money for 8 years maybe so that takes about a third off the rate of return.

I know. 8 years is a long time, they also have a market(suspended at the moment) for Man to walk on the moon by 2012, thats been around since 2004.

But there was those punters that bet on Kevin Doyle when he was a young fella to have reached certain milestones in his career (sorry for the lack of info, its been a long time since this happened). They cleaned up. I really wish I could remember the odds on it.

As for the City bet. Tallaght is crazy at the moment with the level of development going on, its unrecognisable from 3 years ago. Which I suppose is why its the fav

In an effort to carry on a good run for me in the gambling sphere of late, I have perused the weekend’s fixtures.
Two fixtures from the premier league stand out for me.
Man City at home to Boro are a ‘bite my hand off’ 8-11. Man City riding high, at home, with the 2 Richards as an awesome pairing of late. Boro are pants and have injury worries over Sanli and fat chap Mido.
Villa have begun scoring of late and are solid (as a dump you might have when you’ve overeaten on bread) at home. West ham are a team who might or might not turn up on the day. They’re without Bellamy(presumably has a court date) so I’m saying they won’t turn up. At 10-11 Villa represent Lidl booze style value.

Feel free Scottish or Bundesliga experts to post some extra options for a lockdown superbanker.

I’m surprised the odds for Castlebar and Athlone to become cities are so good. Athlone’s skyline is filled with cranes!

Think Athlone looks quite attractive at 33/1. The IT will be a uni before long too.

Athlone is definitely the value there alright, a few shrewdies I know were looking to back it but Paddy’s wouldn’t even give them 50.

Give it up lads, it’s a mugs game 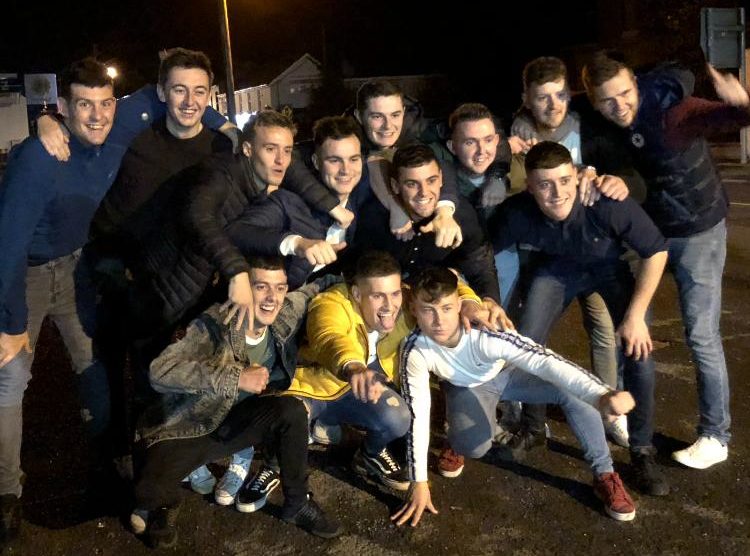 Jason 'Chilly' Ward - What gambling did to me - Laois Today

A young Laois man has opening up about his struggles with gambling and how betting led him to trying to take his own life.  Portarlington’s Jason ‘Chilly’ Ward, a talented young Gaelic footballer, has penned a very moving piece about how...

A twee snowflake article. If he was any good at the gambling there wouldn’t be a word about it. I’m off to the bookies.

He was also hooked on cocaine and weed.
A fella with an addictive personality who had little or no self control. Tens of Thousands of people had a bet at the same Cheltenham festival and didn’t end up hooked, no more than people who have a drink that dont become alcoholics.

He was also hooked on cocaine and weed.
A fella with an addictive personality who had little or no self control. Tens of Thousands of people had a bet at the same Cheltenham festival and didn’t end up hooked, no more than people who have a drink that dont become alcoholics.

Precisely. Knows it all now in his early 20s as a result🙄. Like all these cunts (Davy Glennon types) he’s the victim after robbing his whole family. He’ll be lauded by all the snowflakes as an inspiration. All is forgiven “Chilly”

If you’ll bet on anything, heres one to get your teeth stuck into

Interesting market that. Sure will any of them become a city in the next twenty years even? How many “new cities” has Ireland created in the last 100 years?

I’ll pray for you lads, and your families and friends.

Interesting market that. Sure will any of them become a city in the next twenty years even? How many “new cities” has Ireland created in the last 100 years?

Tralee is value there with the Healy raes in situ. They would love nothing more than a city in Kerry

Cork not even priced up is interesting…

That’s a great piece. Fair play to the young lad. I’m happy to see he is on the right path in life and I have no doubt that his honesty will strike a chord with some people and give them the impetus to seek help.

Is there any money/grants to be got from it?If not the Healy Raes will have no interest in it