Time for its own thread, catching up on tonights episode. Alan Quinlan and Jason Sherlock the judges this week, this is comedy gold really. Quinlan bringing his customary intensity here to his role.

The heads of them though 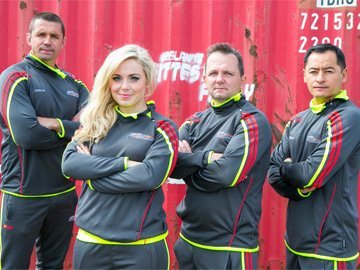 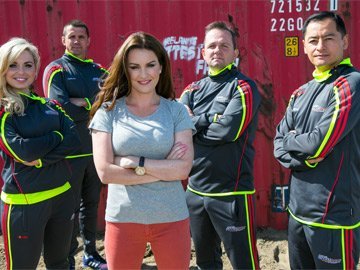 There was a Mayo family on it tonight, and the auld fella when he fell from the hanging task, decided to shout at the children giving them encouragement. To which the boys shouted back at him to shut up.

The way it should be.

That ugly bitch in the second picture has a great rack. This program is Davey’s idea, so I hope it fails miserably and will never watch it.

Its far from failing, last I heard it was being sold abroad.

The families are hilarious though. The manic intensity, jesus it takes all sorts too.

Watched this for the first time ever yesterday. Harmless enough watch

Its great entertainment, wait til you see the Offaly MMA family. This is their 3rd year on the show trying to win it. Roid crazy the lot of em.

Said to the missus in the first episode of the season that I wonder if they’d show their faces again this year, and low and behold, there they are. I know the pool in Ireland is probably low for this sort of thing, but still, they’d have been better off being told to go away out of that. I almost want them to win it now.

The daughter is growing up into a grand girl.

To spite the environment. Given the way they’re going on, it’s likely we’ll see her married and with kids before they win it.

Watched a bit of this last night and thought it was harmless enough but turned it off when they showed one of the families out jogging together. Psychotic carry on.

Farrell is many things…but ugly!!!

The most RTÉ show of all time. A family element, intercounty element & a competitive element all with Z List Celebrity Managers.

Farrell is many things…but ugly!!!

She does absolutely nothing for me I have to say. I don’t find her in the least bit alluring.

Kev has to know some of the people competing on this show. I haven’t had a chance to take a look at it this year.

Is this the Daveron family for Tullamore?

Farrell is an average Irish chick but does have a good rack. The tracksuits are comical - its like when a GAA club goes with a new supplier for gear cos they’ve quoted the cheapest price.

She’s also an idiot. While I don’t expect women to remain permanently on mute as if it was still the 1950s (other than in certain circumstances), I find her very annoying. Same applies to most other women with this mouthy, brash, in your face, “I’m fucking great craic” persona.