As the lads here said when we beat Gibraltar 1-0 under Mick McCarthy, its all about results.

In fairness to Big Mick, he got two friendlies in which he handed out a heap of debuts and dominated the likes of New Zealand and Bulgaria with scratch sides out scoring three goals in both.

What we wouldn’t give for that now.

Malta always a tough place to get a result.

Big Jack’s boys only managed two 2-0 wins home and away in the Italia '90 qualifiers.

Mick McCarthy nearly came a cropper in 1999 when a 2-0 lead suddenly turned into 2-2 before Stan bailed us out with a peach of a free kick.

Good win for Eire in Malta.

Great to see Mark Sykes make his debut tonight. Looked to have a bit about him plus it will piss off the angry nordies.

Guys Malta finished AHEAD of San Marino in the recent Nations League group. This is a savage result for Ireland.

They are no Gozo’s

The mood music has completely changed and Stephen is finished it looks like. One heavy defeat next year and hell get the boot. Need to start lining someone up now.

I don’t really read or listen to irish soccer journalists. Have his supporters turned on him? 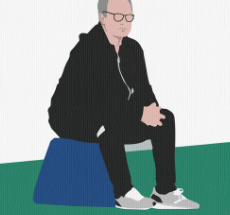 The mentaliers over on Ybig.ie have even turned on Kenny now.

For all this talk of Kenny bringing through younger players his policy of keeping hold of past it old lads like Coleman, McClean and Hendrick will cost him his job. 3 lads totally past their best who have nothing to offer for next year. Not bringing on Smallbone was a bad decision. Sykes looks full of energy and a player to keep an eye on.

When I was posting on YBIG in the autumn of 2020 when I was banned from here I was fiercely anti-Kenny. After I got banned from YBIG in March 2021 for making a joke about gambling while unaware that another poster had a gambling habit which was apparently known to most of the forum, and started posting here, I jokily decided to back Kenny as a piss take and then decided I’d start to believe my own bullshit for real in an effort to go against the grain and attract attention.

The INTERNET does strange things to people.

The mood music has completely changed and Stephen is finished it looks like. One heavy defeat next year and hell get the boot. Need to start lining someone up now.

No point in giving him the boot at that stage. It’s back him or sack him

Theyll stick with him now. But they won’t be able to ten his position after the france game. It’ll be untenable. I’d say they will stick with him but when Jeff Hendrick comes on up front and gets a late equaliser against Gibraltar after losing to Greece hell finally be toast.

France could be coming in hot after the World Cup. You aren’t going to sack him if he gets beat 3 or 4 nil by WC semi finalists

The FAI should crawl to Lee Carsley and beg him to take over our senior men’s team.