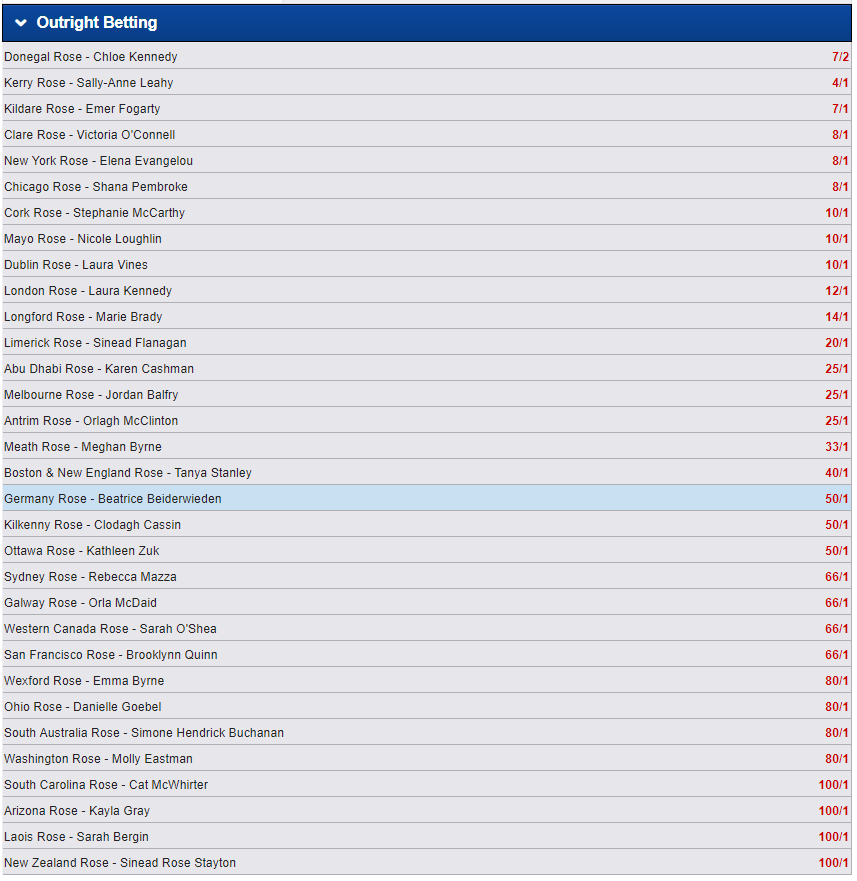 Its the all important Escort of the Year title where the money is to be made! 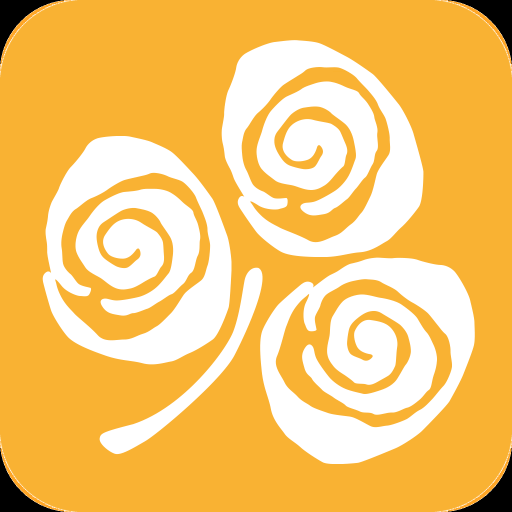 Rose of Tralee International Festival - About

With 59 years of history to our name, learn about who was the original Rose of Tralee, the legacy behind the infamous song and much more.

She entered it for a bet, and won it. A bit of a leftfield choice from the selection committee.

Seamus Flanagans sister might have a chance for us.

I’m so lucky: Rose of Tralee contender tells of her battle with cancer before...

Why don’t limerick do this anymore?

Not Fanny Chemeler again, the wan from the Chase by any chance…

Nothing there to beat the donegal story 7/2 fav, Limerick haven’t a hope unless we throw a dress on @iron_mike and let him enter it ta fuck.

The Kerry rose will be hard bet this year I’m hearing.

Because @Malarkey 's been through every wan in the county and none of them can show their faces in public now for the shame.

Why don’t limerick do this anymore?

We are covered by Galways representative, an export of Askeaton. Footballers and roses we are really looking after ye @KinvarasPassion @Lazarus

And Kerry are long overdue a winner 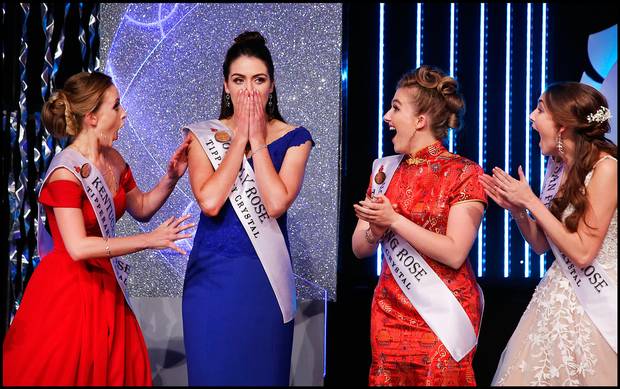 Watch the fakeness in all of them, they actually gave it to a doctor who will be earning €150,000 plus a year. Might aswell be washing her merc for her while their at it.

And Kerry are long overdue a winner

The New York rose is of good Pallaskenry stock

We have half the entrants this year sure, the Noo Yawk wan is a Pallaskenry woman, the Melbourne Rose is from Caherconlish, and we’ve an actual Limerick representative as well.

That’s either a really good photo of the Meath wan, she has no “talent”, or she’s good odds.