But his career kept a relatively high standard unlike Hannon’s

In your opinion it was poorer quality music but maybe someone else liked it. But anyway, so what? According to you he wanted to make more money. Good luck to him. I’d imagine he doesn’t give a fuck about losing your respect. I think most of us would do the very same thing.

Respect to Hannon for making some sound commercial decisions!

I don’t know about that Appendage - in “the arts” and sport sometimes there are more important things than money. I hate Shaun Maloney for choosing money over Celtic, I will never forgive Liam Miller for making a similar decision (though at least he could claim ambition). And some of Hannon’s stuff (National Express for me was a personal hatred) really takess the biscuit.

I’d probably have more time for him if he just fecked off and became a pop star if that’s what he wanted. But he always wants to portray himself as an indie creative talent and frankly he gave up on that dream years ago.

Of course there are more important things in life than money but more often than not, alot of money can have a serious influence on the decisions we take.

I’d have a problem with Hannon if he was doing something that was morally wrong to make his money. He was making shit music, in some people’s opinion, but people were buying it. It’s easy criticise but if most of us were in his shoes we’d do the same.

As for pro soccer, and pro sport in general - well its fair to day its sick with money. And the lust for money. Not to change the direction of the thread but the greedy bastard that annoyed me most was Rio “fishface” Ferdinand the time he was holding out for more money at United. What a wanker. After Fergie standing by him. Cooont.

Have been too busy all day to defend Neil, but have to argue the point, Farmer.

I’ve actually liked most of Hannon’s music, except most of Fin de Siecle (the album with Generation Sex, that Farmer refers to) and some of the Casanova excesses Farmer identifies. I don’t actually agree that he’s been unduly commercial since Fin de Siecle (indeed it’s not like he’s been storming the charts), even his collaborations can be chalked down to enthusiasm, and I think there have been some great songs on his recent albums (Perfect Lovesong, Mutual Friend, Beauty Regime, as I said I haven’t listened much yet to the most recent album), just not as brilliant as on Promenade/Liberation. I don’t even know if commercial success was the major motivation behind the style of Fin de Siecle, the lush string ensemble sounds that one might describe as populist could just be the result of the classical circles (Talbot, Nyman) he moved in at the time. I’m getting far too technical, I doubt there’s anyone still following my argument at this stage except perhaps Farmer. But basically, the DC playlist I have on my i-pod includes songs from all his albums (even on Fin de Siecle I think Commuter Love is a fine song).

I think there’s a parallel with Blur, early brilliance followed by commercialism (Great Escape, of course), then dialling it back from there (Thirteen, Think Tank) but without again hitting the heights of songs like Holding on for Tomorrow and To the End. I may have opened a war on two fronts if there are any late-Blur fans out there!

Was thinking about this myself yesterday while you guys were posting but what constitutes ‘selling out’?

Is there something you can actually put your finger on or is it more difficult to identify?

Would you say the likes of Snow Patrol have sold out?

Big gushing choruses and anthems for the whole world to sing along to now where before they were more understated, original and quirky.

Tbh I think this highlights the fact that Farmer is a music snob. If it’s somewhat obscure, or maybe not all that mainstream, the more likely Farmer is to like it. Which is just plain wrong imo.

Was thinking about this myself yesterday while you guys were posting but what constitutes ‘selling out’?

Is there something you can actually put your finger on or is it more difficult to identify?

Would you say the likes of Snow Patrol have sold out?

Big gushing choruses and anthems for the whole world to sing along to now where before they were more understated, original and quirky.

I don’t think Snow Patrol have really changed their outlook. The band Snow Patrol has always been about being successful, Lightbody has The Reindeer Section for his artistic projects.

There’s definitely more of an emphasis on sing along anthems on this latest album though.

On the topic of selling out, my mate, a singer/songwriter, known on the bebo band section as Dr. Brian aka Sacred Hearts has an extreme view of the music industry. I totally disagree with it myself

confusions and illusions by dr. brian

right heres the thing its not really a band its me but its not really a solo thing its just fuckin about on whatever is closest and see what happens.anybody that plays music for fame money or to be noticed are idiots, a musician to most people is somebody who makes money from music do u think they got signed then wrote all those great songs? i doubt it im not sure if i want any part of the “music world” my music is my music an by sumbody been able to buy that it becomes theirs and im not sure if i want that.
you only sell music by been promoted which is prostition some of the best musicians never had an album or single in the charts but u could buy them in shops. to get to the stage of makin music for the love of it is the thing music today makes me feel sick id rather live in the shadows record under the stairs and do what i do 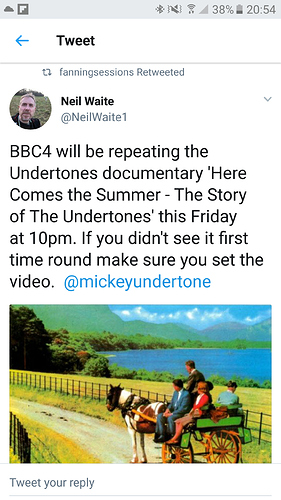