He was very much a Redmondite and John Bruton type when it came to his reading of history. Met him before and he was a sound man, not a bit like the person you’d see on tv arguing a contrarian position. R.I.P.

Judge Peter Smithwick has died at the age of 85. A descendant of the famous brewing family he was President of the District Court for 17 years. He was living in Inistioge and it’s unclear whether he was acquainted with lapsed poster @THE_LINK_WALSH or the licensed premises known as The Spots.

You’re a fair man for digging up the news around the country.

I had to Google “The Spots” as the local pub there was called The Spotted Dog years ago. I was friendly and went to school with a lad whose father owned it back then. But he sold it around that time and I think it became known as the Castle Inn.

Anyway my search told me that it has since been taken over again by the son, my old friend Johnny O’Donnell. Unfortunately it was an obituary for Johnny where I read it. Only 57…

A lovely obituary, if there ever is such a thing. RIP Johnny. 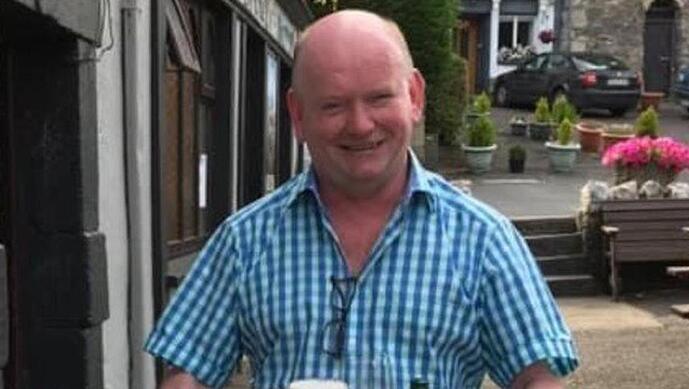 I’m touched by the lovely obituary and offer my condolences on the loss of your old friend.
I’ve never been to Inistioge but we had a poster from there who regaled us with tales of nocturnal escapades in and around the Spots.
If I might point you in the direction of the thread “I’m off to Leinster House in the morning” you’ll get a flavour of the characters that frequented your late pal’s hostelry.*

A gas man was The Link alright.

Im off to Leinster House in the Morning

Mesef and around 20 die hard Fianna Fail heads from around my way are away to visit the Dail at 11am in the morning from outside the spots,ive never been in Leinster House so im looking forward to the visit.Bobby Aylward is our man for this job and hes promising a fun filled day of walking around the place and a few beers in the Dail bar,ill be amazed if we get into the Dail bar but they say its going to happen. Im a bit of an outsider on this trip as most going are signed up members/activists,…

The Link and his brother were beside themselves with grief over Johnny’s passing as were many in Inistioge, I’m reliably informed.
A sad time for all down there when it should have been a better time.

I’d say the writer of Fields of Athenry and Dublin in the Rare Old Times is a celebrity.

‘For you stole Trevelyan’s corn, so your young might see the morn’ I beg to differ but anyway.
I’m sure God will forgive him for The Fields of Athenry.

‘For you stole Trevelyan’s corn, so your young might see the morn’

The Fields of Athenry - The Dubliners & Paddy Reilly | 40 Years Reunion: Live from The Gaiety (2003) - YouTube

Thanks farmer. I’d say the forumites who have never heard the Fields of Athenry before will really appreciate you posting that.

There you are again with the snide comments.

Ah you’re right. It’s a fine song but much like Fairytale of New York, it suffers from its overexposure. Hardly poor oul Pete’s fault.

His song list and there youse are focusing on one 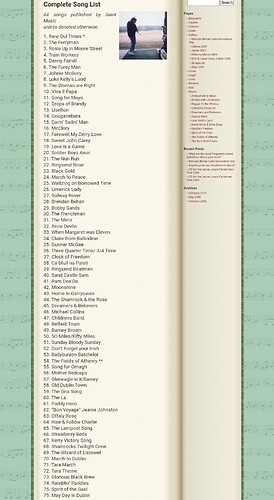 Tom Duffy, the patriarch of Duffy’s circus has folded the tent for the final time (93).
In useless information these Duffys have been in the entertainment game since 1775.

How do you kill a circus.

Go for the juggler.