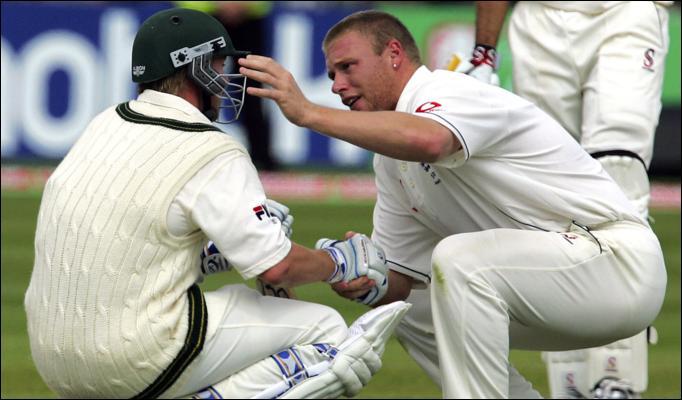 In, of course, and I’ll be supporting Wales too.

In, of course, and I’ll be supporting Wales too.

Robert Croft bellowing out the Welsh anthem there.

I’ve grown tired of our best young players being taken by England. And, given that and our geographical proximity, I think they should be doing more to assist us in growing the game in Ireland. Sending a second or third string side over every 12-24 months for a shitty ODI isn’t worth a damn. Fuck them, the disrespectful bastards. All that said, they’re playing Australia so I’ll be firmly behind them against those absolute cretins.

I’ve grown tired of our best young players being taken by England. And, given that and our geographical proximity, I think they should be doing more to assist us in growing the game in Ireland. Sending a second or third string side over every 12-24 months for a shitty ODI isn’t worth a damn. Fuck them, the disrespectful bastards. All that said, they’re playing Australia so I’ll be firmly behind them against those absolute cretins.

Am I correct in my recall that you might have strategically pitched in behind Australia during the last Ashes Series down under?

I genuinely can’t remember but I tend to be flexible enough with my allegiances/views.

A decent start today. Lets hope the bowlers can do their stuff now tomorrow.

I call it about even. Perhaps Australia marginally ahead and certainly so if they bowl us out for below 400. Hopefully the English tail can start a trend of sticking around like the Aussie tail did in the last series.

This has been disappointing from England so far. Its the old problem of inconsistency and not putting back to back performances together.

Lord’s is done and dusted now and we must focus on Edgbaston. Selectors meet on Tuesday. There has to be and there will be changes. Lyth, Ballance and Bell are the three most under threat. Hales, Bairstow, Taylor and Rashid the four pushing hardest for selection.

Bell on his home pitch and with his pedigree deserves one more chance. Its only four months ago since he hit a century of the highest class in Antiua. Its an awful pity

Rashid wasn’t blooded in the Caribbean. Its too much of a risk throwing him his test debut at Edgbaston. He could be in the frame yet though for Trent Bridge and the Oval.

We’re still 10 days out, but at the moment, I’d be thinking of a line up along the following lines:

You couldn’t make it up. Finn gets Steve Smith in his first over. His first England game since his disastrous Trent Bridge performance in 2013.

Finn has now done Clarke up like a kipper. Clean bowled, centre stump.

Nottinghamshire have declined a request from the Barmy Army to allow their trumpeter, Billy Cooper, to play at the fourth Investec Ashes Test at Trent Bridge.

Keen to recreate the atmosphere at Edgbaston - where some Australia players seemed rattled by a crowd rated the loudest Alastair Cook could remember - the Barmy Army wrote to the club asking them to reconsider their long-held ban on musical instruments inside the ground.

The club held firm, however, reminding the Barmy Army that Lord’s also do not welcome musical instruments and that there would be no change of policy.

“It’s disappointing,” Paul Burnham, the co-founder of the Barmy Army told ESPNcricinfo. "We know how much the players value our support and we thought the atmosphere created at Edgbaston was wonderful.

“The players often talk about the support the crowd give them as being like an extra man and we’re sorry we won’t be able to provide that at Trent Bridge.”

Billy Cooper - Billy The Trumpet as he is called in Barmy Army circles - attended every day of the Edgbaston Test. On the third day, 500 supporters who had purchased their tickets through the Barmy Army sat together in the middle of the Eric Hollies stand at Edgbaston and provided the foundations for some unusually loud singing and chanting described as “awesome” by Stuart Broad on Tuesday.

“What people sometimes don’t understand,” Burnham said, "is that Billy orchestrates a lot of the singing. People will still do it if he’s not there. But it will be in pockets of 10 or 20 here and there. It will be chaotic and less helpful for the side and less fun for the spectators.

“But we respect Nottinghamshire’s views and we respect the ground rules. We’re still be there and we’ll still be supporting the side. We’ll keep asking them to reconsider, but we will continue to respect that it is their decision.”

While the noise is not to everyone’s taste - and Nottinghamshire’s more traditional atmosphere has often scored very highly in spectator rating surveys - the England team continue to value it.

Ahead of the first Ashes Test of 2013, Andy Flower - the England coach at the time - pleaded with Nottinghamshire to change their stance. They refused to do so then and refuse to do so now.

That’s ridiculous, Billy and his trumpet is one of the best things about watching England play cricket.