@Armagh_GAA
Armagh team named for Round 1 of the #BOIMcKennaCup against Cavan tomorrow night. 🎫 Tickets can be purchased here: 👉 bit.ly/3JOqmQS 📺 Or if you’re not able to make it watch the game LIVE here: 👉 bit.ly/3HDCmT7 https://t.co/FFfcQrIWy7 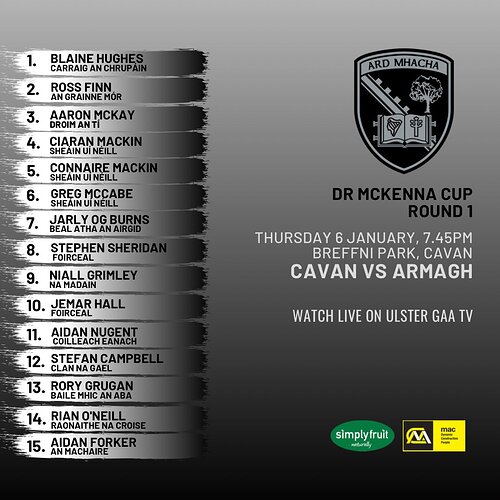 No word on the Cavan lineup yet. 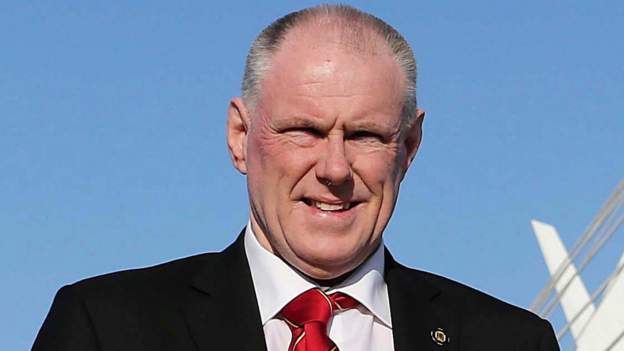 As the Dr McKenna Cup is about to start, Ulster GAA chief executive Brian McAvoy fears for the future of the competition.

Monaghan have taken the bizarre approach of naming their starting XV for their second game before even playing their first game. 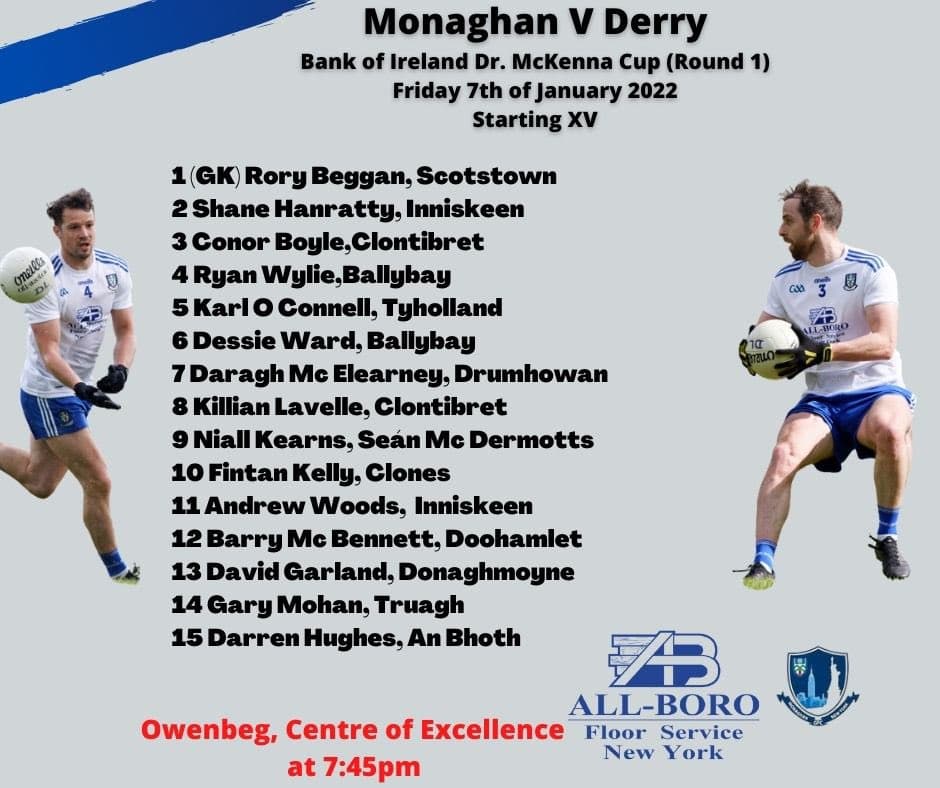 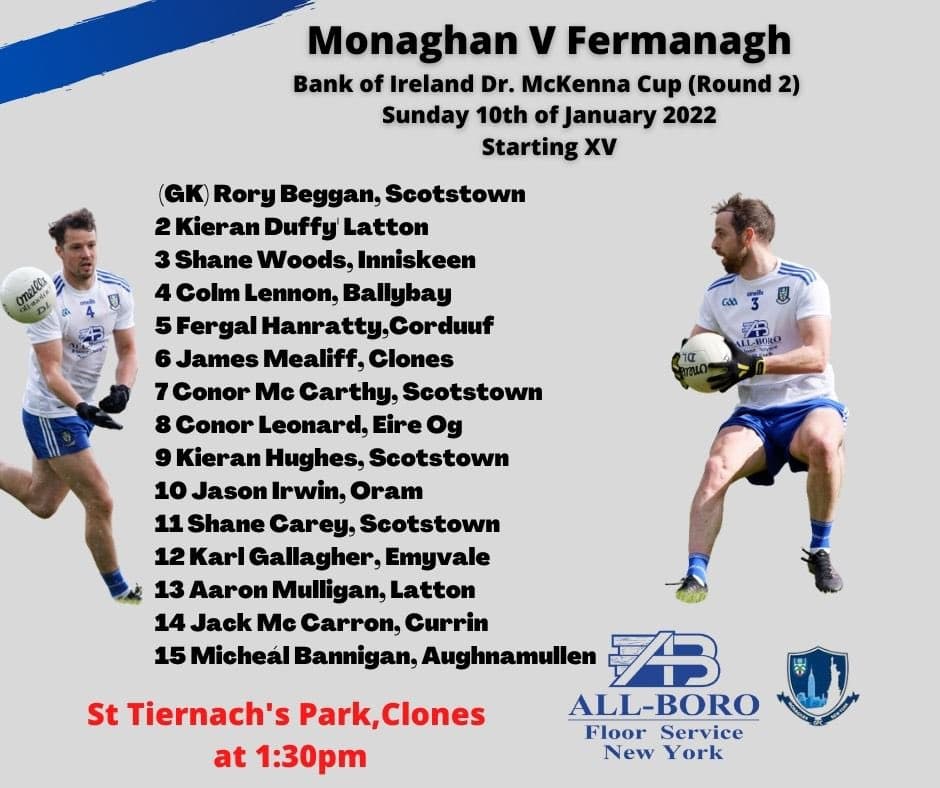 The game any use otherwise?

Decent match…Monaghan dug it out. Very reliant on long range Beggan frees in the first half though. 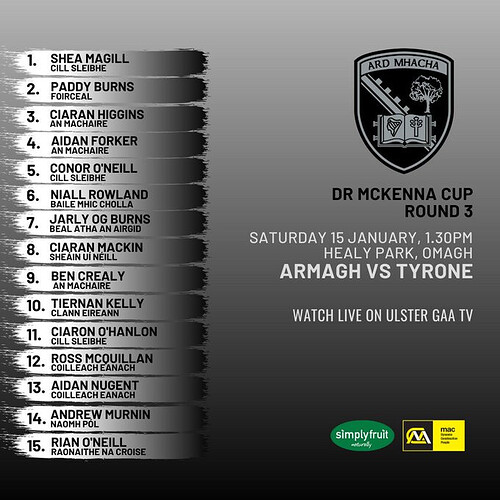 I think Tyrone need a 27 point win to progress. Gonna be a big ask you’d imagine.

Tyrone improved from midweek but still not at the pitch intensity wise. Armagh have been commanding in defence and are isolating their forwards one on one with the Tyrone defenders and getting good early ball in.

Mattie Donnelly and Rafferty have shown up well for Tyrone. Rory Brennan was hooked early doors for McGeary and it didn’t seem to be injury related. He wasn’t playing well.

I’d expect Logan and Dooher will demand much more in the way of intensity in the second half so it’s a good test out there for them with Armagh taking this very seriously.

None of the new players have impressed much.

Donegal, Derry, Armagh and Monaghan will make up the last 4 of the McKenna Cup.

Is Rian O’Neill the best actual technical “kicker” of the ball ever?

Big fan of this lad commentating on Armagh-Monaghan.

This is great fare

The database will need to be updated.

A win for Monaghan.