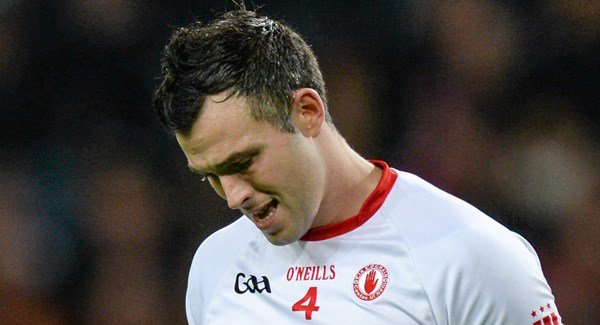 my god. a public order charge!!!

Surprised he didnt get a super injunction

I know they gave up on journalism a long time ago but fucking hell, quoting the back page of book verbatim is a bit much. Especially since he’d already described it’s fucking contents in the article.

Must have had a word count to reach.

He recently tweeted a picture of his book with the back page description stating: "McCarron is a 28-year-old inter-county footballer from Tyrone.
"A winner of one All-Ireland senior medal and three Ulster titles, he was nominated for an All-Star in 2013 and 2015.
"Yet behind all that success lay an extremely dark secret, a gambling addiction that cost him hundreds of thousands of pounds, endless relationships and, almost, his life.
"The illness took such a grip on McCarron that he was forced to leave the country but the addiction led him down an even darker path and into a world of total depravity where he was willing to do anything for money.
“Out of Control is a sports story unlike any other, a tale of success, lies, deceit, theft, recovery, rehabilitation and, ultimately, redemption.”

His movies would be more niche genre than box office

Found him, and then robbed him.

I’m suprised he found him where he was looking

They say you find him in the strangest places.

One can only imagine the abuse this fella gets, i would imagine he is well able to handle himself so god knows how many fellas have sore jaws after him.

One can only imagine the abuse this fella gets, i would imagine he is well able to handle himself so god knows how many fellas have sore jaws after h

Wouldn’t be the only sore body part they have

No inter county players have?

He is a dick btw

That was low hang8 g fruit.

Was interested which one of ye nobbers would bite

My thought process was as follows

Can anyone confirm if McCarron recognised the court?

The fact that he had his own legal representation, entered a guilty plea and (most importantly of all) that nowhere in the story does it say ‘McCarron said that he does not recognise the Court’ or something similar suggests (but does not outright confirm) that he did recognise the Court.

Is he the gay for pay lad?