Did you miss the one about a piss head former Limerick hurler caught drink driving and let off with a hip flask defence from a mate of his an ex Garda ?

nah any link to it

nah any link to it

Not a new low.

Not a new low.

Yep I agree. It’s not lower than the previous new low, therefore it is not a new low.

Yep I agree. It’s not lower than the previous new low, therefore it is not a new low.

+1. A run of the mill Donnybrook in a rural hurling match with the referee slipping and ending up on his arse in an undignified fashion is not a new low. 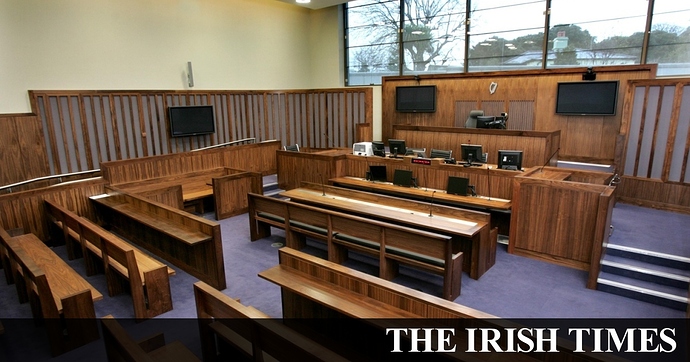 Judge says Kevin McCarthy (24) was ‘violent, completely out of control’ during drunken incident

Wrong thread, that one is for the shameful Munster rugby supporters thread. Terrible to be associating rugby louts with 2 great hurling clubs in Connacht.

I had been told this story but was told that it was Michael McCarthy the ex-Kerry fullback involved, makes more sense now.
The solicitor saying they would be appealing the severity - he’s getting off lightly there I would have thought.

Bizarre stuff, a small fine for biting a cop

Mike Mc wouldn’t be involved in that shite

Definitely, particularly if you contrast it with the sentence Stokes got for headbutting an Elvis impersonator.

“He had five or six brandies and Baileys and left the match early as Munster were losing.”

Possibly, it will be hard for him to turn down the rugby offer

Hey @Locke, have you any footage of the Lockes/St Martins game from the weekend? Video going around of Lockes lads swinging wildly all around them by all accounts.