Not a bad draw for Nadal. Should have little problems until R4 where it looks like he will then have Kyrgios. QF likely be Thiem and SF likely Medvedev. I don’t see him winning if he has to overcome all those obstacles however. He didn’t look in great form in the ATP cup, losing 5 of 7 sets in the knockout stages.

Federer probably has the best draw, he’s got the weakest of the top 8 seeds in Berrettini but has a potential R4 meeting with Dimitrov or Shapovalov.

I see Sabalenka dismantled Halep down in Adelaide today. I happened to catch a bit of the game and was compelled to throw a few pound on her at 20/1.

Go on, give me some of that Aryna 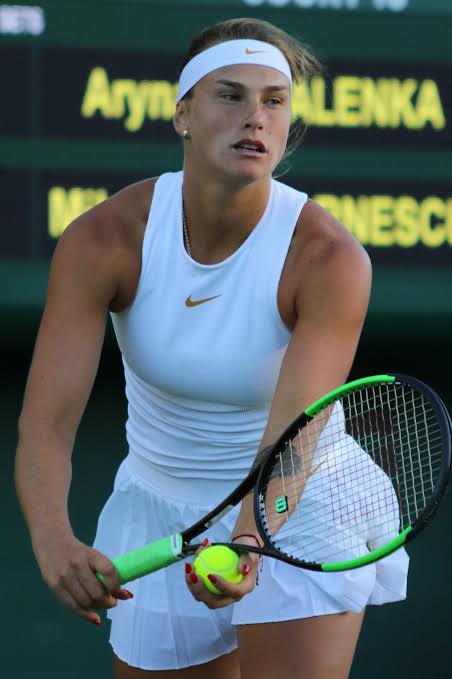 Djokovic has no dangerous opponent until the QF where he will likely face Tsitsipas.

It will be interesting too see if the likes of Medvedev, Thiem, Tsitsipas and Zverev can show some consistency together and all play to their seedings.

Players complaining about the air quality in Melbourne with a few suffering breathing problems.

The Australian Open will start and finish on time, even if matches have to be moved, according to the tournament director, Craig Tiley

Schedule really stacked against winner of Djokovic/Thiem match now. Winner of that will have had to play quarter final, semi final and final over each of Thursday/Friday/Saturday/Sunday. Nadal had a quarter final on Tuesday, three day rest to semi final on Friday, day off Saturday and final on Sunday.

Grand Slam Protocol is for the top seeded player in the top half of the draw to play first. Nadal benefiting from preferential treatment from the organisers in Paris again.

Looks like the schedule is really stacked against Nadal in Australia as he plays a day after Djokovic and Federer despite being the top seed.

Looks like the protocol Boycott was talking about is merely a figment of his imagination.

Unsurprisingly Federer gives the evening session in the cooler temperatures, he has received preferential treatment in Australia for a number of years. Doesn’t help that there is a conflict of interests with tournament director Craig Tiley regarding Federer.

The Barty Party may be canned this year. She’s dropped the first set to Tsurenko.

The remainder of play on the outside courts cancelled due to rain. This is going to be a clusterfuck of a slam. Certainly is advantageous to the higher seeds who play first and get the main courts.

i see coco gauff has done the world a favour again

Some Aussie kid has taken a 2-1 lead over Joe Willy Tsonga.

Nothing new there, Joe often shits himself but usually it is a bit further in in the competition.

Kyrgios looking good against some Italian chump. He could be a dark horse in this if he keeps the head.

He could be a dark horse in this if he keeps the head.

You could say that about Nick and every slam event for the past 4 years.

You could say that about Nick and every slam event for the past 4 years.

Oh I know, he could have a meltdown here in the next 5 minutes and lose this match. I think with the fund raising he is doing for the people affected by the fires in Australia may motivate him at least for this tournament.

Good to see Jannik Sinner get his first match win at a slam today, looks to have a big future ahead of him.

Not too many big names gone so far, Shapovalov the only real one that comes to light. FAA also gone but he’s been very flakey over the past 6 months.

Tiafoe has taken the second set against Medvedev.

Here we go, Kyrgios is starting to get wound up over something.

How are all the giraffes doing? Haven’t had a chance to follow any of this yet.