Brown confirmed on his way to Aberdeen 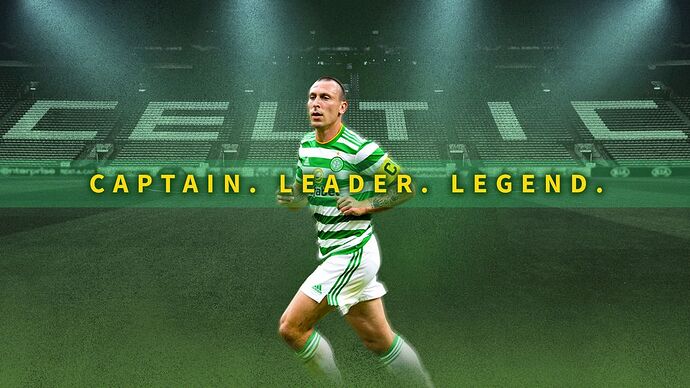 Celtic captain Scott Brown has today announced he will bid farewell to Celtic at the end of the season after 14 years with the club.

Incredible record at Celtic though.

Fare thee well Scott. What an attribute he was. Knew when it was time to go on his own terms.
I wonder has he an inkling who the new manager might be, and wasn’t keen to hang around?

I wonder has he an inkling who the new manager might be, and wasn’t keen to hang around?

I see what you did there…

Steve Cook on a free transfer being linked. His contract is up at the season end.

Don’t think he’s anything special and his wage demands will probably be high but clearly Howe rates and trusts him and at 29 he should have a good 2/3 years left in him.

Jullien will almost certainly miss the start of the season. Duffy will go back to Brighton, Ajer could leave which would leave us with only Welsh and Bitton.

I’m not sold on Welsh. He’s done ok but I’d prefer see him continue his development with a loan somewhere next season. Hendry has hinted recently that he might return to Celtic, I certainly feel he could have something to offer if he does.

I’m taking it that Howe is a certainty now. He switched to back 3 later on with Bournemouth from the usual 4-2-3-1 so it will be interesting to see which he opts for at Celtic.

Just had a look at who else is out of contract at Bournemouth this summer.

Adam Smith and Stanislas are two others Howe could be interested in as we will probably only have Ralston and O’Connor as right backs on our books after the season end and we are also short on wingers.

I think they are pretty average though.

Griffiths linked with a move to Aberdeen today to join Brown.

I think I’d hold onto Griffiths next season. He’s not on a huge wedge. Aberdeen aren’t going to stump up a lot for him and Howe could get something out of him.

I’d forgot Bayo was only out on loan too 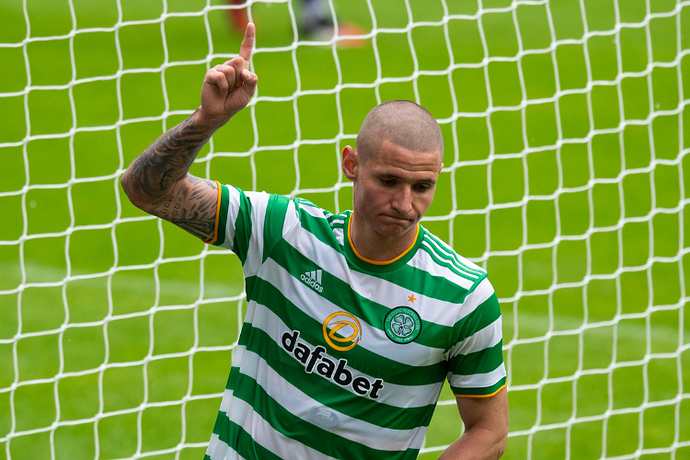 Patryk Klimala's move to New York Red Bulls is a done deal after the striker jetted out to complete the switch.

Huge shakeup next season so.

I thought Klimala might have been the most likely striker there next season - Edouard is almost certain to leave, good chance Griffiths will too. Ajeti has been a total flop and Bayo doesn’t look like he will make it here.

The following players are going into the final year of their contracts next season:

And we have four loanees unlikely to be retained in:
Duffy
Laxalt
Kenny
Elyounoussi

Along with a few other players who might be discarded (Rogic, Bitton, Bayo, Shved, Ralston, Bolingoli)

Brown and Klimala already gone. Our wage bill will see the guts of 300k pw off it it all those players depart and potentially upward of £50m in from transfer fees.

The new manager simply has to be backed heavily. Whatever we take in on transfer fees plus around £30m should be freed up with a similar wage budget for the year would be the minimum and Celtic have the resources to allot.

You’re probably looking at a base of:

Defence is the most alarming there, essentially only Jullien is a starting quality for me. He was terrible last season when he did play and is currently out with a serious injury. So I think Celtic need at the minimum a brand new starting back 4.

Midfield is probably the least of our concerns, if either Ntcham or Christie or retained then they do have ability, it’s a matter of getting their confidence/attitude right. Turnbull and Soro have done well this season. McGregor hasn’t been as good but still solid and dependable. Shaw I really don’t know much about and we do have a few young players in Henderson/Robertson/Connell who could come one. I don’t really see a role for Rogic anymore with the emergence of Turnbull, both need pace around them and I’d imagine Rogic will be moved on this summer.

Wingers - if Johnston and Forrest can stay fit and play to their potential they are excellent players but that’s a big if. Two new starting quality players needed there.

Strikers: As well hold onto Griffiths I reckons, he’s not on a huge wedge, has a year left on his contract so we’re not going to get a whole pile for him. If he’s sharp and gets his fitness levels right then he is a lethal scorer at domestic level. Ajeti has been awful but maybe a new manager and a good pre season might unearth something. If we can’t retain Edouard then we badly need a quality striker in.

Am I right in thinking Atjei didn’t really want to come on first place but was eventually persuaded ?

Meanwhile Toney really wanted to make the move to Celtic, however Celtic opted for Ajeti because he was a few million cheaper. Toney is top scorer in the Championship, likely to be named player of the season and probably likely to get a £20m+ move to the EPL this season if Brentford don’t go up.

I knew it was a rebuild of a Summer but when you read it like that it is an absolute root and branch makeover, which isn’t necessarily the worst thing in the world given the last season and a new manager coming in tbh.

From what I’ve read Griffiths contract is actually up at the end of the current season, although we have an option to extend for a season, the word was this needs to be activated by the end of April…

Agree on the midfield, it’s literally the least of our worries.

Given the size of the job at hand it really only emphasises that Howe needs to shit or get off the pot pretty sharpish…its a huge opportunity for a young manager as well, that shouldn’t be forgotten

The only thing I can see is Howe is holding off for a £5m a year job in the EPL rather than a £2.5m a year job with Celtic.

He actually has the opportunity of CL football and winning silverware and titles in Scotland instead of battling relegation in the EPL.

Rumours of Palace and Newcastle sounding him out. Shit clubs but loada cash. The wait isn’t doing anything for anyone at Celtic Park though

Not sure how viable Hjelde is but he’s there as another defensive option and probably closer to the first team than O’Connor.

I don’t think I’d give Griffiths the extra year but it depends on who else we can get. As @starryplough says the talk is that needs to be decided by April which isn’t ideal. So I think we’ll end up trying to extend him anyway if he’s been keeping fitness standards recently.

Would you take Elyounoussi for £5m?

Would you take Elyounoussi for £5m?

I don’t know what Elyounoussi is. His scoring return is good but I don’t really rate him.

What is Elyounussi? Where do you play him.

I think we badly need two new wide attackers who can stretch teams and are first team quality. We need to have Johnston and Forrest challenged for their spots and the only way they are playing is on merit.

He’s been playing well in recent weeks as that left sided attacker with freedom. It’s sort of the role Christie made a bags of for most of the season.

He’s a bit frustrating as a hybrid player but he’s definitely good enough to challenge the other 3 and has played well in big games. I’m not completely convinced by him but we have such a big overhaul job to do that if we can retain someone of his ability for a reasonable price then I think it’s worth doing.