Article says Celtic think they can get him for £3.6m

It’s called a release clause. The young kid at Barca has one at €1bn.

An intimidating figure like @Corksfinedtboy will be leading the negotiating for Celtic it seems.

A release amount on the release clause??

If someone pays the money, the team cannot reject the bid. Spanish and Brazilian clubs for instance are required to have release clauses in players contracts so generally they inflate them up

Pedri now has a €1bn release clause too I think. 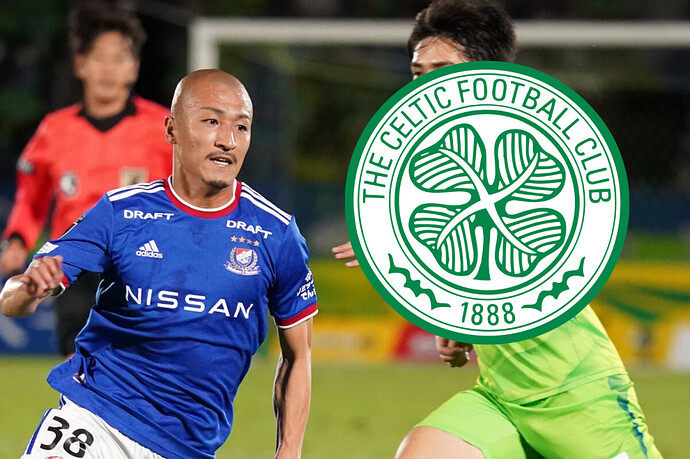 CELTIC boss Ange Postecoglou is set to add a second Japanese star during the January transfer window, according to reports. It is claimed that a January move for Daizen Maeda – a standout for…

Looks like he could be a great bit of business, versatile, similar to Kyogo, top scorer in the J League at present, relatively young and suited to Ange’s game.

Obviously we need midfielders but I’d be delighted with this. That for me spells the end of the road for Ajeti.

@MarcoMolla
The signing of the contract between Daizen Maeda and Celtic is imminent.

Don’t know who this guy is but he seems to be some Japanese football expert.

Starfeldt is improving. It must have been very hard on him for the first while. I hope he continues to get better.

Delighted with this signing.

Gives us real good depth in the wide areas.

Then you’d have Kyoko, Abada, Forrest, Mikey, Jota and Maeda capable of covering the wings.

Loads of goals in that attack.

Obviously we could be jumping the gun here but what’s the verdict - is this legit or are the media just putting 2+2 together and guessing?

Anyone reliable confirming it?

I don’t know. Himself and CCV aren’t good enough and are bombscares but we should have enough in attack to get by. They will do for this seaosn but I think we need much better players here. Hopefully Jullien will come in shortly and move CCV out.