How long have we been using the MNT thing? I like it. 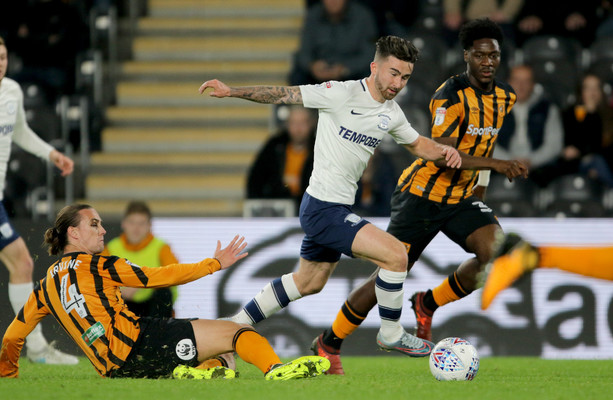 There have long been calls for the Preston star’s inclusion with the Boys in Green struggling for goals of late.

What are the other fixtures in the group, mate?

What are the other fixtures in the group, mate?

some permutations for you too

GROUP D
18:00CET: Georgia (5) v Wales (14)
20:45CET: Republic of Ireland (13) v Moldova (2), Austria (9) v Serbia (18)
•Serbia will qualify if they win, or if they draw and both Wales and Ireland fail to win, or if Wales lose and Ireland fail to win.
•Wales will secure a top-two spot if they win and the Republic of Ireland do not. Austria must defeat Serbia and hope Ireland and Wales fail to win to stay in contention for second place.

I’d go for. Just keep putting the ball in the box

Are a few of them lads serving a ban v Moldova ?

Has there ever been a luckier Oirish manager than Martin O Neill ?

Winning our own 2 games is the easy part,we need the Scots to win at home then not win away @Sidney this is the only realistic way of getting into the play offs?

What do we need to avoid being the worst 2nd placed team ?

Has there ever been a luckier Oirish manager than Martin O Neill ?

Its Irish you fucking toerag.

I could live with it for MONs wages .

The best bale out since the banking crisis in 2008.

Winning our own 2 games is the easy part,we need the Scots to win at home then not win away @Sidney this is the only realistic way of getting into the play offs?

I cogged this off a poster called sid waddell on a rival forum:

Martin O’Neill is unfortunately wrong when he says it’s still in the team’s hands. It isn’t.

The Irish are currently on 10 points in the second place league with a goal difference of just +1.

Even with two wins, leaving them on 13 points in the second place league with a worst case goal difference of +2, I believe the odds are against them getting a play-off.

I’ll go through the different groups and the permutations in order of likelihood of one of them producing an inferior second placed team, but all of the following are odds against, most of them strongly so.

Bosnia play Belgium at home next, while Greece go to Cyprus next, in their final match against another top 5 team.

The Irish need Bosnia to lose or at least not win, and Greece to drop points.

If Greece win, they would go to 13 points in the second place league with a goal difference of at least +4, and it’ll mean that whoever finishes second in Group H will have a minimum of 13 points.

Slovakia’s trip to Scotland in the next fixture is their final match against top 5 opposition. The Irish need the Scots to win this as that would leave Slovakia on 12 points.

But then Scotland would need to fail to win in Slovenia and let Slovakia overtake them again to get second in the group, as a win for the Scots there would bring them to a second place finish on 14 points and out of the reach of the Irish.

Denmark and Montenegro are both on 16 overall points in the group behind leaders Poland. Both are on 10 points in the second place league.

Montenegro play Denmark in the next fixture. That would need to be a draw, bringing both onto 11 points.

All of the following would have to happen:

Turkey beat Iceland.
Turkey then fail to win in Finland in the final match.
Ukraine fail to beat Croatia.

That would put Iceland in second place on 13 points and a best case goal difference of +2, but with a superior number of goals scored to the Irish.

If Turkey beat Iceland by one goal and the other two things happen, a two goal victory against Wales would put the Irish into a play-off.

If Turkey beat Iceland by two goals and the other two things happen, a one goal victory would be sufficient for the Irish.

Ireland (IFA) lose to both Germany and Norway by a combined six goals over the two matches. A one goal win in Cardiff would then be enough for Eire.

All the following happen

i) Bosnia fail to beat both Belgium and Estonia, or else lose to Belgium by 2 goals more than they beat Estonia, leaving them on a maximum 10 points in the first case and 11 with best case 0 goal difference in the second case.
ii) Greece lose to Cyprus, leaving them on 10.
iii) Wales fail to win in Georgia.
iv) Eire beat Moldova.

v)A draw in the final match in Cardiff then gets the Irish a play-off.

All of those also require us to win both games, which isn’t exactly a cert either.

There is a scenario where the Irish could go into the final game in Cardiff still in the competition but with Wales either effectively or mathematically already out.

It would involve Wales failing to win in Georgia, Greece winning in Cyprus, and Group F (the Scotland/Slovakia group) producing the inferior second place team.

If Greece win in Cyprus and Wales fail to win in Georgia, Wales can’t catch Greece.

If Slovakia lose to Scotland by one goal and Scotland mess up in Slovenia, Slovakia would be the target second place team on 12 points and a goal difference of +5. That group finishes on October 8th so the Welsh and Irish would know exactly what needs to be done to overtake Slovakia if they are catchable.

Were Wales to lose in Georgia, they wouldn’t be able to catch Slovakia.

Can we lose to Moldova and beat Wales and still qualify for a play off?