FBD league being done on a round robin basis. No sign of GMIT. Fixtures below:

Only the 5 home teams in it this year DB.

Were NUIG in it last year?

GMIT have been in it the last few years but no sign of them next year.

That’s not the question I asked. 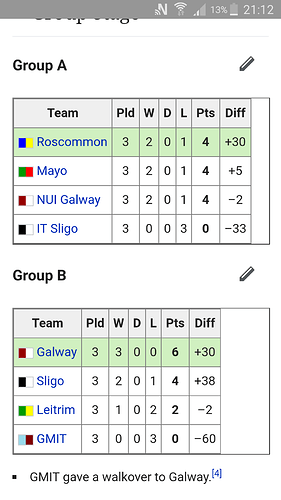 The earlier start to the league will be a good leveller for us.We’re definitely going up this year.

Leitrim GAA’s new Centre of Excellence will host its first ever senior inter-county game when Leitrim and Roscommon face off in the first round of the FBD Connacht League on Wednesday, January 3.

The game will be played under lights at the Annaduff venue (throw-in 7pm). According to the Leitrim Observer, Ballinamore will be the venue for Leitrim’s second game in the pre-season competition against Sligo on Sunday, January 7 (throw-in 2pm).

Brendan Guckian’s charges will travel to Elvery’s MacHale Park to take on Mayo on Wednesday, January 10 (throw-in 7pm) before heading to Clonbur in Connemara on Sunday, January 14 (throw-in 2pm) for their final game in the round-robin series against Galway.

U-21 final tomorrow in HQ. Fenagh/Gortletteragh face the might of St.Manachans (a Mohill/Eslin) combination.
The fucking C/Board disqualified us out of this event 2 years ago on some spurious technicality. The cunts.

Happy New Year to the regular contributors on this thread

He would have been a close friend of the DBs

Back at it tomorrow night in the FBD league aginst the sheepstealers.

Will it be on mate ?

Is there a bit of a breeze? 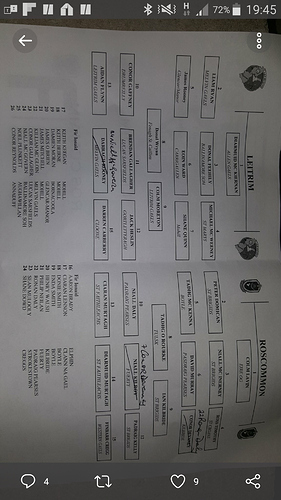