I’d say they’ll reach out as far as Shannon airport before they’re finished Joe, you’ll get to bring your infatuation with Limerick full circle.

You are right Joe. Not even Limerick could afford to build houses to replace all the roaster mud huts.

We’ll take Shannon with a two pronged attack, by land from the city and by water from ballysteen

Shannon is full of repatriated Nordies. They’d bate ye all the way back to the peoples’ park.

ye will in you in yer fuck 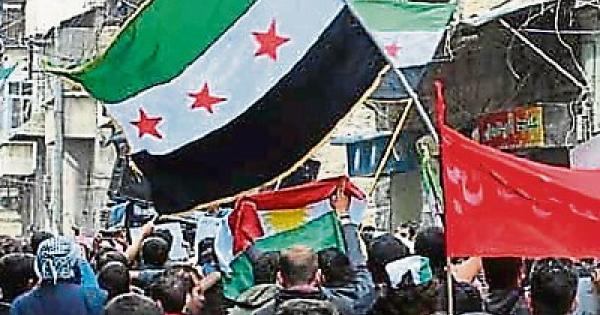 100 Syrians to be resettled in Limerick

FIFTY refugees fleeing from violence in Syria will resettle throughout the city and county at the end of this month, and another 50 Syrians will move into local accommodation throughout the year, the Limerick Leader has learned. As part of a...

How many are you taking in?

“I was shocked and upset when I saw the conditions these poor people live in.” - 45-year old Syrian Omar Shadiq Al-Arabi on his first day in Limerick.

There won’t be too many on the North Circular Road.

How are they getting on in Wexford mate?

Is there a precedent for overladen boats of terrified Arabs fleeing back to the Middle East?

The Killimer-Tarbert ferry will be fishing them out of the Estuary by the bucketload.

Is there a precedent for overladen boats of terrified Arabs fleeing back to the Middle East?

The Killimer-Tarbert ferry will be fishing them out of the Estuary by the bucketload.

A beautiful Syrian women despaired of her new life in Limerick.
She had lost her family and friends in the war and now found herself locked up 12 hours a day in a shit-hole apartment on Catherine St. She longed for her old way of life in Syria, a time which now seemed consigned to the past.She decided life in Limerick was not worth living and made her way to the river to end it all. She threw herself off the railings of the JFK bridge into the roaring, murky brown water below. She was carried along by the roaring water until eventually everything grew dark and she lost consciousness.

The next thing she knew she was awoken in a dark damp room to find a sailor standing over her. Dazed and confused she asked what had happened. The sailor replied that he had fished her body from the water, resuscitated her and put her to sleep in the bottom corner of the ship. She then explained about how terrible her life was in Limerick and how she longed for Syria and would do anything to escape Limerick.

The sailor responded that by coincidence the ship was in fact heading to Greece and that he would only be too happy to help such a beautiful lady in her attempt to reach home, all he asked for in return was that he would be able to have his way with her every morning and evening during the journey. He also explained that his captain had a strict no-stow away policy and that she must remain hidden, because if he found out about their arrangement he would throw them both off the boat.

The arrangement proceeded as outlined for a number of weeks until one day the captain made a surprise inspection of the ships hold and discovered the lady. Terrified and pleading for mercy she explained to the captain everything that had happened in her life and how the kind sailor was helping her to reach home.
“What are you giving him in return?” asked the captain.
“He’s screwing me” replied the pretty Syrian lady.
The captain laughed, “He’s screwing you alright, this is the Tarbert to Killimer ferry”