Question for the techies

Can it tell whicj of our COTY contenders is the biggest cunt?

I prefer this one 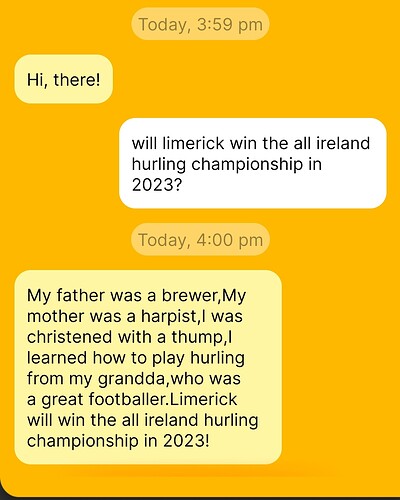 This was made for @thawneen or whatever his name was.

The Waterford Crystal Cup hasn’t been played since 2015.

This yoke is an imbecile.

Having an absolute nightmare trying to get the Wifi signal boosted down the far side of the folks’ home house because the walls are causing havoc.

I’ve tried a TP Link Wifi Extender and that’ll bring me to 40ish mbps (main Eir fiber router is around 150mbps). The far side of the house is on a different circuit to the main side so I don’t think the powerline extenders are gonna be any use. The last straw was when I got an ethernet cable to run through the attic directly into the TP Link extender from the main router but it’s made damn-all difference. Tried a couple of different cheap extenders but same issue.

Am I as well off to chance one of those Google mesh systems? If I could get close to 80/90 mbps I’d be happy out.

What do they want more than 40mbps for?

What do they want more than 40mbps for?

Solid 4k. It’s not the end of the world otherwise but I’m feeling like an awful useless bastard for not having a fix.

You’ll have to move the telly out of the annex.

You want a few TP link deco devices. Make sure whatever you get does backhaul over Ethernet ports, leaving the 2.4 and 5ghz channels free for client devices. You have the cable now so most of the hard work is done. Main thing to do is to disable the wifi on the modem/router bringing in the internet. The channels might overlap. 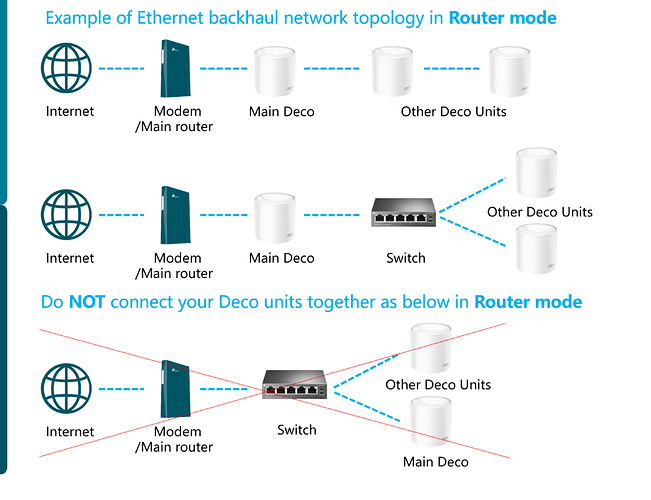 General questions about Ethernet Backhaul feature on your Deco | TP-Link...

General questions about Ethernet Backhaul feature on your Deco

You’re some man. Thanks for that.

I asked it to write a GAA match report

The match between County A and County B in the All-Ireland Senior Football Championship was a closely contested battle from start to finish.

County A got off to a strong start, with their midfield dominating possession and creating several scoring opportunities. However, County B’s defense held strong and the first half ended with a score of 0-0.

In the second half, County B came out with renewed energy and managed to score a goal in the 43rd minute. County A fought back and equalized with a goal in the 55th minute. The match remained tied until the final whistle, with both teams having several chances to score the winning goal, but ultimately the match ended in a 1-1 draw.

Overall, it was an exciting match with both teams showing great skill and determination. The draw means that the teams will have to play a replay to determine who will advance to the next round of the All-Ireland Senior Football Championship.

Ffs sake. This AI is worse than lads on here