Revenue Returns, ROS, Taxation and the Self Employed

That time of year again lads. Surprised there isn’t a topic here already. Good bit of information here that I wasn’t aware of. Certainly wasn’t notified by revenue about these changes.

Can somebody explain how you could “carry back a loss”? 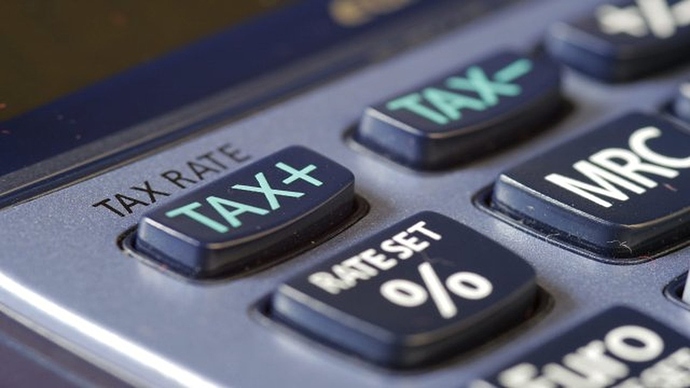 The pandemic has given most businesses plenty to worry about, so a hefty tax bill is even less welcome than normal. However a number of Covid-related changes to the Pay & File system have been introduced this year, which could ease the pressure...

Up until December 10th to file online thankfully.

If very little self-employed income to be worrying about in 2019 (I’d say no more than 3k) but I was still in another partnership until the end of '19. Waiting on those still involved in that partnership to get figures to me means I’ll probably be waiting until December 9th to get any word from them

You can only warehouse 2020 prelim tax if income down at least 25 per cent. You cannot warehouse underpayment of 2019 prelim tax

I incurred some hotel expenses in late September but paid the bill on the 1st October. I’m going to plough ahead with the tax reclaim

I fucking hate sorting all tax shite. I try pay as much prelim tax as possible in October, 70 to 80% or so and finalise it all and pay the balance in March or April and just get it out of the way and not be stressing to find the money later in the year. The only thing that somewhat helps keep it all up to date is having to do vat returns so keeps the income and expenditure up to date during the year so less work to do in one big go to sort out all the accounts.

I had a phone call from the accountant today. He told me to pay my outstanding property tax immediately, and that if I didn’t, there’d be a surcharge of 1500€ going onto my income tax that I’m about to file. WTF? Surely that can’t be legal? Pretty sure it wasn’t the accountant putting the shits up me as he’s fairly straight. The arrears was only a few hundred quid as well.

They certainly closed off that property tax good and proper when they brought it in. No avoiding it.

I had a phone call from the accountant today. He told me to pay my outstanding property tax immediately, and that if I didn’t, there’d be a surcharge of 1500€ going onto my income tax that I’m about to file. WTF? Surely that can’t be legal? Pretty sure it wasn’t the accountant putting the shits up me as he’s fairly straight. The arrears was only a few hundred quid as well.

if you dont pay, revenue will assess the value of your property at what they think the property is worth, not the 2013 self assessed rate. you cold end up on the hook for a serious chunk of change

just as well, revenue could easily have tacked another 150k to the property value for that dodgy extension you have

It’s an automated surcharge, calculated by the computer if the LPT isn’t paid. It’s 10% of your income tax liability regardless of what your LPT due is.

In practice, Revenue will usually reduce it to the amount of the LPT due or remove it completely once you pay it. But it does generally get people to pay it so probably seen as effective from Revenue’s pov.

Don’t forget to knock yer properties down a band for the LPT.

Mine has actually fallen even though I’m in a higher band. Not much difference, but was expecting an increase.

Question for those in the know, I’m doing my own tax return this year as I already do my vat
I bought a van straight up last year for say 10k
I know I can claim 12.5% depreciation etc but do I also put in the 10k in with my purchases for the particular tax year or would it go into a different expense category ?
And for those who are gonna tell me get an accountant I say feck that. I don’t earn enough to pay for one

I think that’s it yea, unfortunately.

Oh yea, and get an accountant.

Is it much more favourable to be a contractor than an employee? What kind of dough would you need need be pulling in to make it worthwhile?

Its an awful pain. I dkd it for a few years. Changed back to PAYE last year. Less take home but with benefits it worked out my income was up without paying insurance, accountant’s, pension, life insurance, holidays etc. You would want to be getting significantly more on contract. Probably at least 25% to 30% more than salary plus benefits

You can’t claim it as an expense.

It surely depends. Like the main benefit of being a contractor generally is that you get paid more. So whether it’s favourable depends on how much more you’re getting paid.

The hassle of registering for tax, getting your stuff ready for a tax return, keeping an eye on VAT thresholds, registering for VAT, preparing VAT invoices… there’s a lot of admin stuff that you have to do. Now, you can get other people to do that for you but you have to weigh up how much you’re paying them versus the extra money that you’re getting. Have to be disciplined too, in that you need to keep money to pay your tax.

There are also other benefits that employees are entitled to: pension schemes, sick leave, annual leave, etc, etc.

On the other hand, you presumably would get paid more being a contractor. Also more scope to deduct expenses from your income to reduce your tax liability. Previously tax credits for self-employed were less but they’re equal now. So if you have the discipline, and patience with all the admin stuff and the money is significantly better, it’s definitely worth it.

I do know that Revenue are starting to clamp down on companies who have a load of contractors working for them who they say aren’t employees, but in actuality, they are. I know it’s very widespread but I’ve seen a few cases where they’ve gone after companies in the last while.

They brought in IR35 in the UK for the same thing. Companies masking employees as contractors. Its fucked the contract market and most of the contractors are heading out to benelux