Stephen Kenny - He's in the RA

what would be wrong with a Herve Renard type character coming in? What a coup that would be

A very suave character. Christ the Mammies of Ireland would love him as their guilty pleasure. We’re surely as enticing as the Saudi job. Albeit without the good weather, wads of cash and a handy enough Asian qualifying route.

Spock is a gas man.

“He was eccentric to say the least,” McManus recalled in the Daily Record when Kenny was appointed Ireland manager. “His training was odd, some sessions were completely wacky. Someone came up with a stat that showed we hadn’t scored enough from outside the box. So at Pitreavie [Dunfermine’s training ground] he had us lined up on the halfway line. We were to take three or four touches then get a shot in on [goalkeeper] Dorus de Vries, but it was against the wind and we must have gone 15 minutes and nobody could get near scoring.

“Stephen got angrier and angrier. In the end, one of the boys had to whisper to Dorus to just let a shot in and Dorus dived right over the top of one. Stephen was delighted and said, ‘Right lads that’ll do, come on in’.”

For all of his eccentricities, McManus regarded Kenny as the best man-manager he played for, and he still sends his old manager clips of promising young Irish players coming through in the Scottish football pyramid.

Kenny rated McManus highly enough to bring him to Derry City after he had been sacked by Dunfermline in 2007. If anything, Kenny had become even more extreme on his return to the Brandywell for a second spell.

ADVERTISEMENT
“The boys were all waiting on the team talk in the dressing room and he would come bursting in the door at 80mph, roll his sleeves up to his shoulders and proceed to pace furiously forwards and backwards, head down for a good five minutes,” he said.

“It genuinely was comical and difficult to not burst out laughing, but then comes the screaming. ‘Do you know what they are saying about you? They think you are s*****, a team of bottlers with no heart, that they will do you today. Are you going to take that? Well, are you?’

When Derry City players weren’t being paid for weeks on end because of a financial crisis, Kenny adapted his pre-match speech before a European game against Skonto Riga.

“We had heard before the game that if we got through this tie the club was in line to get £100,000 or something like that and we were going to get our wages,” McManus told the Derry Journal.

“When we won, all the boys were buzzing because we had got through the tie and we also thought we were all going to get paid. However, over the next couple of days we found out that we weren’t, which put a real dampener on it.”

Eventually Derry were relegated by the FAI after it was shown they had two sets of books for paying the players, but they fought their way back to the top flight with the help of Kenny, who also wasn’t being paid for a time.

ADVERTISEMENT
While Kenny was loved in Derry, Dunfermline players weren’t terribly impressed, but are Ireland players having it? The signs are very mixed. The reverberations of Kenny’s fiery speech before a friendly against England at Wembley in November 2020 are still being felt and would suggest that the Ireland manager hasn’t mellowed that much with age. With fixtures this year against highly-fancied France and Netherlands in the European Championship qualifiers, Kenny might be tempted to dust down the “They don’t rate you” speech when it comes to firing up the likes of Jayson Molumby as he goes into battle against Kylian Mbappé. Appealing to the players’ pockets, as he did in Derry, is likely to prove less effective, even if the FAI is still in a parlous financial state.

However, going nuts in the manner described by McManus won’t provide the X factor, and Kenny is going to need it.

The media cheerleaders are turning on Spock 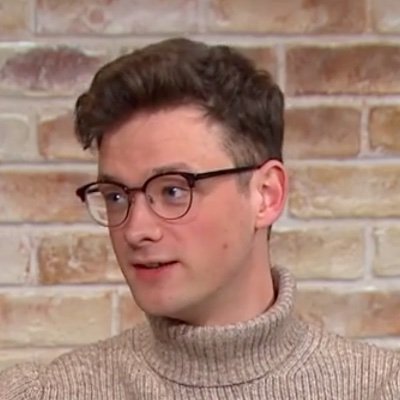