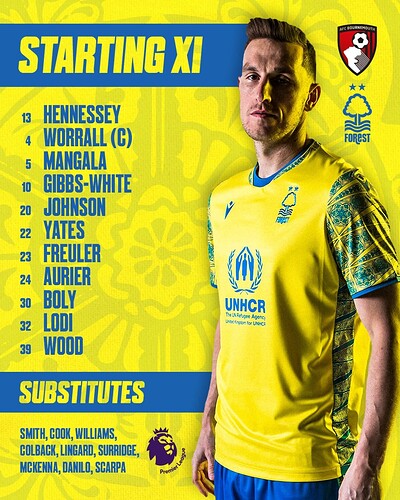 1-1 FT
Should have won it, main thing is we didn’t lose it. Still sitting pretty in 13th

Danilo and Scarp both start. We are going to fuck Man scum up 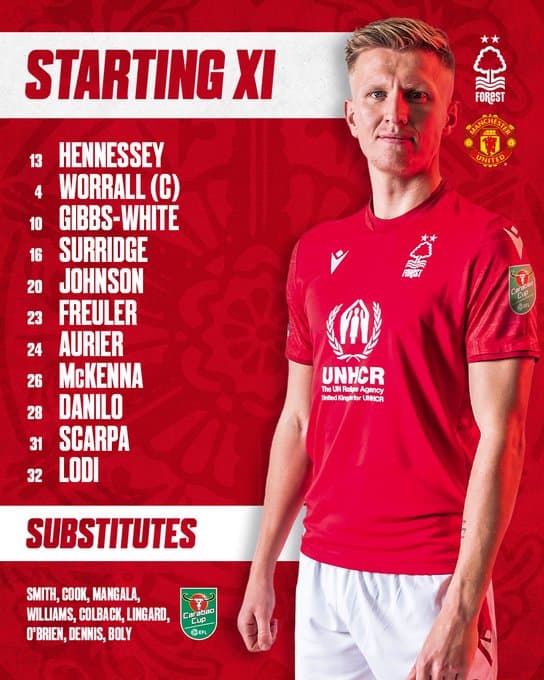 Unlucky tonight. Arguably the better team in the first half. Once you saw Coops sending on the likes of Dennis and Lingard you knew he couldn’t care less about the distraction cup.
Main players should be well rested for the Leeds game at least on Saturday week. That said we are missing Awoniyi and Hendo badly. Our Greek God needs to get his checkbook out 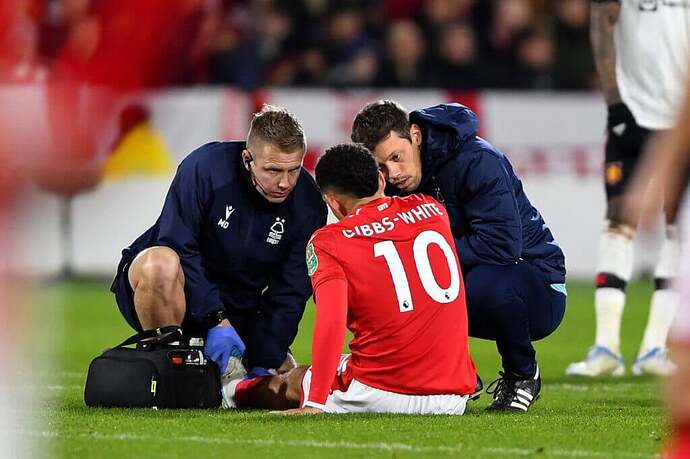 “I hope anybody’s not stupid enough to write us off.”

Nottingham Forest fans will be very familiar with the clip of Brian Clough, charisma and swagger turned up to 11, staring down the barrel of the camera after things hadn’t gone to plan in the first leg of a semi-final at the City Ground.

It wouldn’t be quite as stupid to write them off after the first leg of this latest semi-final.

Then, in 1979, Forest had drawn 3-3 with Cologne, but a 1-0 victory in the return in Germany was enough to send them to the European Cup final. Now, in 2023, after losing 3-0 to Manchester United on Wednesday, they’ll need a fair bit more than that to advance to the Carabao Cup final.

The basic — maybe even reductive — facts of this game were that a much better team with much better players held their opponents at arm’s length, scoring their goals at exactly the right times to strike down any nascent resistance.

Forest, though, might still cling to a string of ‘if onlys’. If only Sam Surridge had held his run just a little and his brilliant finish, ultimately ruled out by the VAR for offside, would have levelled things in the first half. If only they hadn’t conceded the second when they did, just before the break and at the end of a spell when they were at worst competitive, maybe even the better team. If only Brennan Johnson had looked up and seen Danilo with a clear path to goal shortly after that, and passed to the Brazilian rather than shooting straight at David de Gea.

Perhaps the biggest ‘if only’ was — and will be — Morgan Gibbs-White’s fitness.

Gibbs-White was, as he is in most games, Forest’s creative hub, the nucleus around which the electrons buzz and dart. Antonio Conte is fond of referring to centre-forwards as his teams’ “point of reference” but with Forest, that’s their No 10.

He is the player who knits everything together, seemingly always available for a pass, never far away from a neat flick around the corner. He was the player Steve Cooper really wanted in the summer, something reflected in the colossal transfer fee (it could rise to £42.5million, or $52.6m), but at plenty of points this season even the most exaggerated versions of that fee have looked like a bargain.

In this game, as well as being Forest’s most creative player he also pulled off the considerable feat of dispossessing Casemiro in dangerous positions on three occasions. Usually, United’s regal Brazilian seems to operate with a forcefield around him, just big enough for him and the ball, but not anyone else, and especially not opposition players.

But Gibbs-White was on his case all night, robbing him on those three occasions, about 30-40 yards from the United goal, and should have scored after at least one of them. Goals have been one of the knocks against Gibbs-White: for all his fine all-round play and growing stack of assists, he’s only found the net twice.

The other knock is, well, knocks. He limped off after 73 minutes, but probably should have departed earlier. He started hobbling about 10 minutes before his substitution, and while you could spin his reluctance to go off as a positive, representing a determination to stick around and get the job done, perhaps he should have been more sensible.

Cooper said after the game it was an ankle issue, so different to the muscle problem that troubled him in December, an injury that he seemed to play through. If it turns out to be in any way serious, it could be worrying for Forest.

First, because the injuries are starting to stack up. Moussa Niakhate and Omar Richards have just started training again but they’re unlikely to be seen in the first team in a hurry. Cheikhou Kouyate has been out since the World Cup and also won’t be back for a while. Dean Henderson has a thigh problem. Taiwo Awoniyi’s groin went in the recent win over Southampton. Ryan Yates was absent against United after being substituted in Forest’s previous two league games.

But more so because of how lost Forest looked after he went off. There was nobody to marshall the rest of the team, no focus to their attacks and little cohesion to their press. United could play out the closing 20 or so minutes with ease.

Without him, the Forest forward line consisted of Johnson, who didn’t have his best game and is perhaps starting to look a little weary; Jesse Lingard, returning from an injury that cut him down just as he was getting into some rhythm; and the developing calamity that is Emmanuel Dennis. Some Watford fans have argued the Nigerian is the sort of player who could be a star if you show him some love, but others might counter that a Premier League footballer shouldn’t necessarily need a cuddle to be able to trap the ball.

If Gibbs-White does miss games, his absence will be mitigated a little by Gustavo Scarpa: the Brazilian had a decent game on the left against United, but is still building up his fitness and getting used to the pace of English football, so had already been withdrawn by the time of Gibbs-White’s injury. But even then, Gibbs-White is the player Forest cannot afford to lose at the moment, and it’s tricky to see where else their creativity will come from.

Forest will need a football miracle to overturn this deficit and reach Wembley with Gibbs-White in the team. Without him, an actual miracle — the kind involving bread and fishes — might be required.