Watched a bit of Mary I & NUIG Freshers.

Shane O’Brien & Oisin O’Farrel very good in the first half, but a few positional switches by NUIG seemed to curb their influence in the 2nd half.

O’Brien a poor enough day on the frees as well. Overall NUIG used the ball better and pulled away at the finish despite being down to 14. 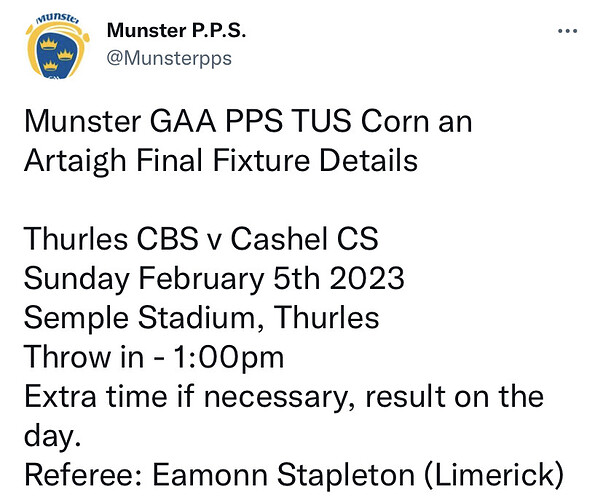 I thought O’Farrell would be on the frees over SOB; he was taking them for the Limerick 20s the other night.

Ya he was but I was told he was a different player (6 instead of 9) both white helmets. He did well and hit one monster free late on when the game was in the melting pot.

Is it too early to give a crack at the u20 side? It should be a decent squad given the performances of some players in club championship in 2022

Both teams were down to 14

When did Mary I get a man sent off?

You didn’t watch much of it

I had to take a few work calls 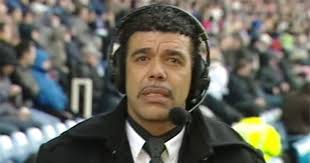 Limerick should be very strong at u20 this year I’d imagine.

Cian Scully, Ethan Hurley, Evan O’Leary at the back

Eddie Stokes around the middle third

Liam O’Donnell and Oisin O’Farrell too

Limerick should be very strong at u20 this year I’d imagine.

Cian Scully, Ethan Hurley, Evan O’Leary at the back

Eddie Stokes around the middle third

We’ll be strong provided everyone is fit, but that’s a potential concern. Three of those forwards you’ve named have had their fair share of injury trouble.

Will make for an intriguing championship with the new format. Tipp should be good too under Cummins and they have really dominated Harty this year.

That Geary lad in goals for Mary I yesterday was very good actually.

On that. It would be great to have another limerick school challenge at the top end of Harty. I know Limerick hurling is in a great place but it’s a pity so many hurlers around the county go to ASR. Only to be on the bench to a lad from Cratloe.

The talent that comes out of South and East limerick this days is unreal. The likes of Doon CBS or the school in Kilmallock playing Harty would be important. Or even to get the NCW school going looking at the new talent there. For limerick to have one school playing Harty Cup is disappointing 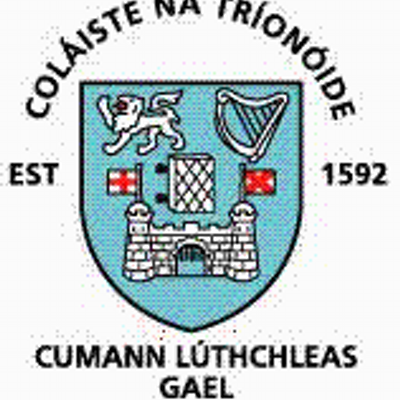 @TCDGAA
A few of the Dublin lads were surprised to learn about tonight's opponents MTU Tralee. I don't know if they were more shocked at the existence of hurling in Kerry or 3rd level education

Ah they’re great for a few aul zingers. They lobbed one or two into Crokes the other night too.