Arab of sone sort, another one similar, one was Chinese (I think) 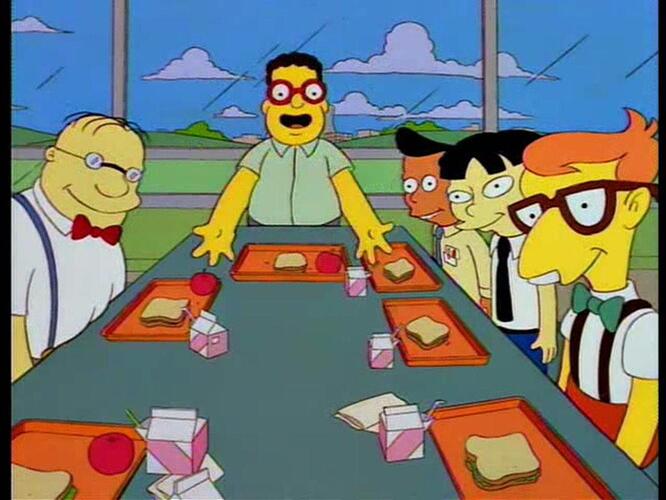 Im sorry, as soon as the “calm down Karen” comment came, I would have just laughed it off and tsken it on the chin. It woukd have defused the situation straight away. A laugh with them followed by an acknowledgment of yhe humour and they would have moved it

Question for the forum, hypothetically, how many teenagers could you kick the shite out of before you’d be overwhelmed and bashed up?

Would it be a normal distribution of teenagers? A fat one, a skinny one, a gay lad and one with a disability of some kind. A fit and healthy 40 something year old would manage it if he chose his targets correctly.

who’d relish kicking the shit out of a few early teens, I didn’t think that needed saying. There was 5 of them anyway so I’d have had my hands full.

Question for the forum, hypothetically, how many teenagers could you kick the shite out of before you’d be overwhelmed and bashed up?

At my age, Id barely manage a wag of the finger and a "I’ll ring yere parents " comment. Yeah that would teach the fuckers

Ignore them. I was running the other day and a fella shouted wanker at me. When I turned around, I spotted they were stopped in traffic. Once upon a time I would have confronted the person. It’s just not worth the potential hassle.

Was it a lad in the passenger seat with a large forehead who was angry about his marathon prep?

I think you played it grand and your wife is good craic if she did that.

She knows what I’m like, she didn’t bat an eyelid, just kept on running, she’s doing one of those couch to 5 k programmes and didn’t want to be interrupted during the running section, when she got back around she had as much involvement as me

I’d not have bothered interacting at all. In truth I’d have been glad to see kids out and about. If it had troubled me that much, I’d have shouted “do you mind if I move the bike a bit?” Probably, but who knows. You are often snappier when exercising I find
It’s no different to my pal asking kids politely to move their bikes which they’d dropped across the door of the shop, and having the yob of a father square up to him and tell him to “mind his own fcuking business or he’d fcuking kill him”
The father was none other than John Bishop, mr nice on telly guy.
My pal, who’s an oncologist at The Christie down the road is a really nice, kind, mild mannered man.

You need to go full john Bishop or nothing at all in these situations. I logged it here before but a few years back the local teens were picking on my mother’s house for a bit of knocka… Harmless enough in some ways but it was going on a bit and she lives alone… I was staying there on my own one night and i heard the stupid fuckers saying ‘lets do mama Brady’s house’ … So i was ready… Knock knock… And out i flew after about 10 of them and grabbed the first one i could get by the neck and hauled them back to the house where i threatened the guards … A few smart comments from the others when i released my captive and i just pretended to take a few pictures of them and told them to fuck off.

@backinatracksuit’s wife did the right thing sticking it to them, she just needed a bit of support from her husband.