will be on his way but confident of JLindz signing. Can Moysie build on what was a great 20/21 season?

Will Jesse be as effective though ? I fear a touch of the Adebayors off him. Great on loan and looking to get back in England squad, give him a contract though and he won’t try a leg I suspect.

At least we straight into groups anyway, won’t be another Palermo disaster waiting for us

100% agree with you about Jesse. He’s actually been disappointing the last few games of 20/21 but he did so much in March/April that it balances itself out. He is class to be fair to him but it’s consistance he needs. Reckon Moysie will steer him right if he joins us.

Need to replace Rice who was the replacement for Noble. Could do with a better keeper situation too. I’d leave Fab go and get in either Johnson from West Brom Areola from Fulham, leave Randolph battle it out for the number one spot.

where is Rice going?

I would say Chelsea but if they go for Kane they’d hardly be able to pay the £100m that West Ham want. If Utd don’t get Kane then Rice will go there. This is all depending on Rice having a solid Euro 2020/21.

I dunno would he get in at Chelsea, United would probably be better for the lad

Nice start to the season. Jesse who?

That red card was a quare bad challenge

4-1 now. I’m seriously regretting my deadline decision to drop him on FPL for DCL.

Top of the league!

Bruno made some tit of himself at the end there

This is the game that mattered. Ole wanted that trophy.

We sacrificed Sunday for the cup win. 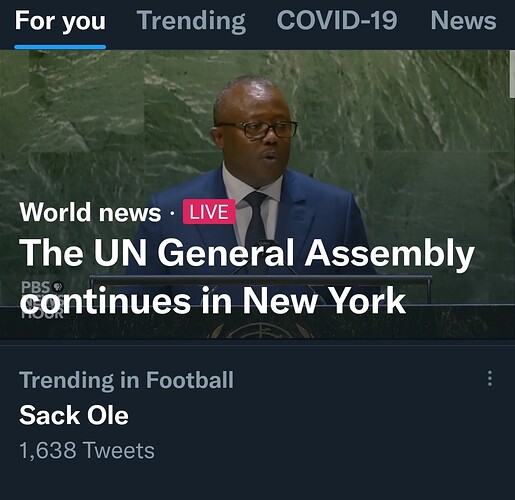 0-1 up with around 10 mins to go v Rafas Everton. We’re the better team and deserve to be in the lead.