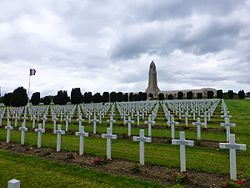 The Douaumont Ossuary (French: Ossuaire de Douaumont) is a memorial containing the skeletal remains of soldiers who died on the battlefield during the Battle of Verdun in World War I. It is located in Douaumont-Vaux, France, within the Verdun battlefield, and immediately next to the Fleury-devant-Douaumont National Necropolis. It was built on the initiative of Charles Ginisty, Bishop of Verdun. During the 300 days of the Battle of Verdun (21 February 1916 – 19 December 1916) approximately 230,...

On the site of the battle of Verdun. Macabre isn’t the word for it. A memorial built over the bones of 130,000 soldiers scraped off the battlefield. You look in through the windows and in one window you see skulls, the next pelvic bones, the next leg bones.

Dan Carlin’s podcast series about WW1, Blueprint For Armageddon is one of the most incredible forms of media I’ve consumed. It was free around the time of the pandemic but well worth the price of a few pints.

Fantastic series, the stories from the trenches are haunting - end quote

Yeah I love that style. A damn shame he didnt do a back to front one of WW2 no matter how labour intensive it would be. Ive one of Max Hastings’ books on the to read pile as I know he has the same style of accounts from locals and people directly on the line but it is a very heavy read in every sense. I should really just buy the audiobook. I posted this before. There were more casualties on last day of WW1 (when they knew the armistice was a few hours away) than on D Day.

The generals/officers kept their men fighting and charging etc when they knew the war was done. Any fighting was completely pointless as the war was finished and the hour for it to finish was set.

The dubs have a very proud history of fighting for the Empire. They lined up for it.

Fellas still talking about WW1 and 2 and three already underway

Dublin was always a British city… Only for roasters moving up there’d be no trace of Irish there.

It is a masterpiece. The one on Japan is an epic as well

I posted this before. There were casualties on last day of WW1 (when they knew the armistice was a few hours away) than on D Day.

The generals/officers kept their men fighting and charging etc when they knew the war was done. Any fighting was completely pointless as the war was finished and the hour for it to finish was set.

Yes I was looking out for soldiers that died within minutes of the end of the war. The generals had absolutely no regard for the lives of common men.

Anyone have a relation who took part in WW1?

I have memories of Michael Palin doing a documentary on some of these stories. There were fellas shot with minutes, if not seconds, left to go.

I have a clatter of them who went to France as doughboys.

There were more casualties on last day of WW1 (when they knew the armistice was a few hours away) than on D Day.

Link? Google suggests this is wrong. 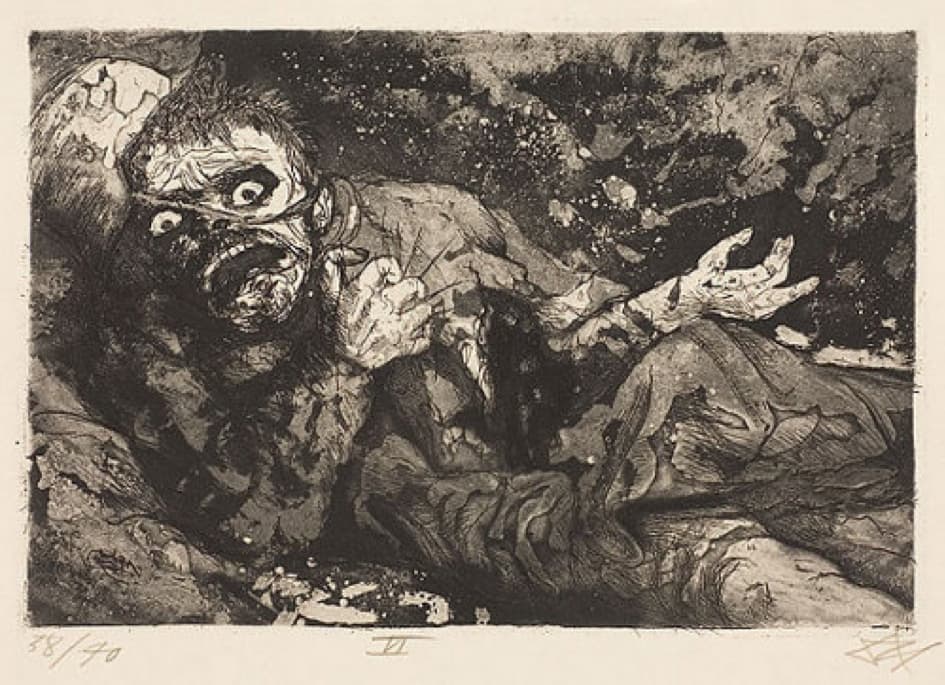 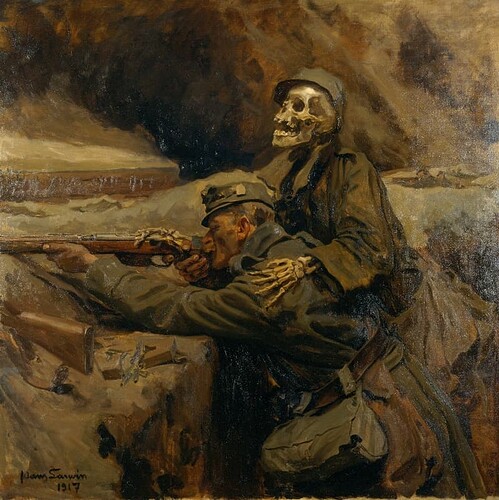 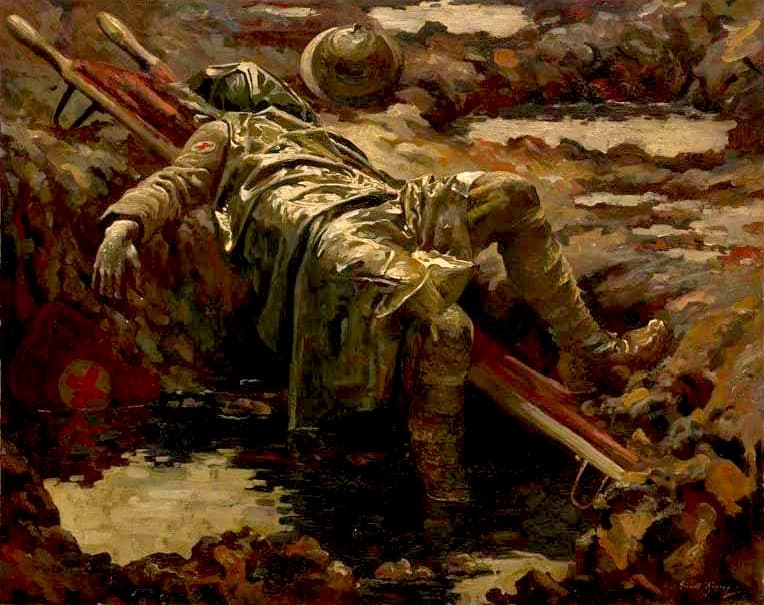 The last American, and possibly the last official death of the war was a man who was demoted and wanted to impress his superiors to be reinstated his previous rank. He charged at a pill box and the Germans were waving him off as it was a minute to 11. They mowed him down as he wouldn’t relent.

A truly horrendous war with no real winner apart from the yanks with the transfer of money. They basically ended up with all of Europe’s wealth

General John Pershing, Commander of the American Expeditionary Force, did not approve of the armistice. Consequently he gave no instructions to his commanders to suspend any new offensive action during the remaining hours until 11am. This gave individual commanders latitude to determine their actions in the last few hours and in some quarters there was fierce fighting up to 11am which was difficult to stop. On 11 November alone were nearly 11,000 casualties, dead, missing and injured, exceeding those on D-Day in 1944. Over 3,500 of these were American. Pershing had to face a Congressional hearing to explain why there were so many deaths when the hour of the armistice was known in advance. 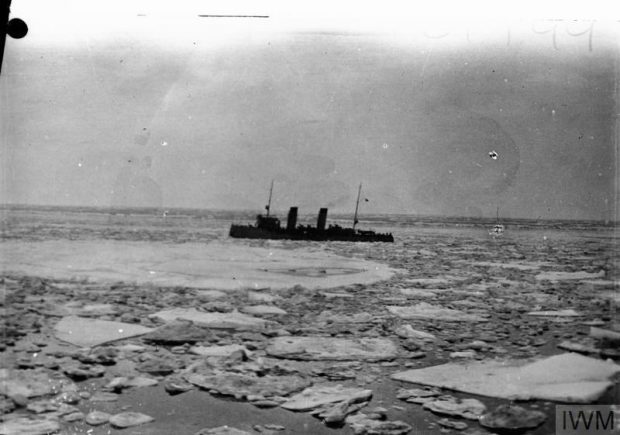 On 11 November we remember the guns ceasing firing. We imagine universal relief that the carnage of war was finally over, at least in the victorious countries. There is just one problem: that is not the complete truth.

Less pensions to pay out?