We’ve seen an explosion in far right movements in Europe and the USA but somehow we’ve managed to prevent this taking root in Ireland. For how long though. The rumblings in Oughterard have given them a cause to latch onto and this is squarely because of a insidiuos and misguided government policy on refugees and immigration. They are wellknown to have close ties to the anti abortion movement too.

Direct Provision is manna from Heaven for the parish pump politics and the likes of Noel Grealish and Peter Casey will prey upon the genuine fears of ordinary people. It is only in such climates of fear and ignorance where the far right prosper. Examples of their attempts to reach up from beneath the cracks can be lodged here. Feel free to explain or defend this movement if you are so inclined

Oughterard was a warning. Next time these guys will be more than ready 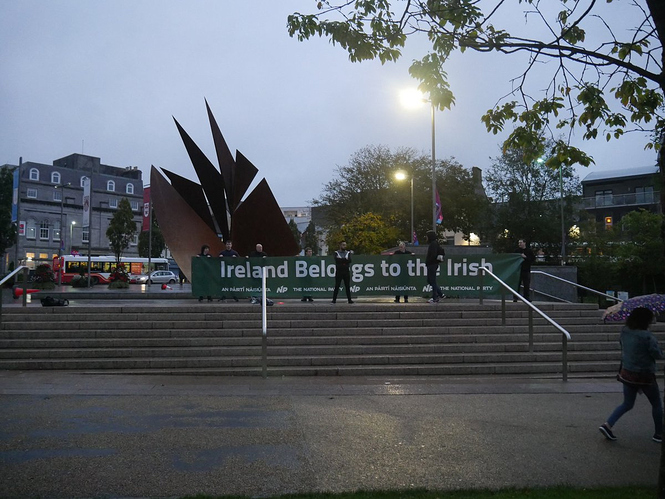 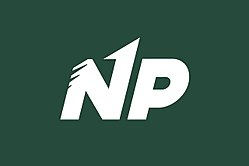 I wrote a bit about this last January

When looking at the presence of the far-right in Ireland you have to understand that there’s a nexus between a whole host of different right-wing and far right issues - anti-abortion, anti-immigration, anti-EU, anti-vaccine, anti-LGBT, pro-Brexit, pro-climate change denial, anti-welfare state, pro-Trump, pro-Russia, pro-the European far right etc. Not all far right actors in Ireland will concentrate on all these things but there’s a distinct common thread linking them all. Ireland has been an…

The Irish media are inevitably giving these cunts a big leg up because they’re desperate for clicks, ratings and reaction

Nobody has ever found a way to defeat fascism when it spreads - except through war or an attritional, decades long endurance, waiting for fascist regimes to collapse in on themselves after decades of oppression

If the Irish media had done its job and exposed how the so-called Irish Freedom Party is an astro turf group set up by the British far-right, we might not be in the situation where one of their candidates is now standing in the Fingal by-election. But they didn't and here we are.
Julio_Geordio October 3, 2019, 5:25pm #4

I wouldnt be too worried about Fingal. We’re very tolerant. We’ve taken in allsorts from @Mullach_Ide to @Big_Brian_Lohan and even @myboyblue . We even naturalized @Fagan_ODowd

I speed read that as syphilis. Not sure why…

I wouldnt be too worried about Fingal. We’re very tolerant. We’ve taken in allsorts from @Mullach_Ide to @Big_Mick_McCarthy and even @myboyblue . We even naturalized @Fagan_ODowd

Ireland basically needs a big meat grinder so dublins useless/criminal underclass can be put in it, and their accomodation can be given to honest hard working immigrants. Economic and social powerhouse overnight.

Right now, a significant number of people cant afford to buy homes in their own country. And are struggling to pay rent, mean while a large amount of property is being bought up by outside investors, playing silly buggers with prices and rents. A number of our best and brightest continue to leave the country so we hirer talent from abroad, who can afford to pay the rents… Foreigners are also doing alot of menial jobs that the Irish think are beneath them now.

Our hospitals are a complete Fuck up and filled with foreign staff… And we could go on… When unregulated capitalism rules the day, when bankers and the perpetraters of white collar crime can do as they please, and your government are happy to hide behind the whims of markets while giving themselves pay rises, people begin to feel a whole lot of anger and resentment…

A whole generation are being priced out of living… Hate will continue grow here just like it is all over the western world, until we begin to value people’s lives again.

Varadkar definitely has a touch of pattel or whatever yer ones name is. Opining yesterday that people who don’t like direct provision are free to leave it at any time.

Irelands transport and health infrastructure is pathetic, but immigrants are still coming and filling all levels of jobs that emigrants and the permanently unemployed won’t or can’t take, even with such terrible rent prices and conditions they are coming and fair play to them. But what does ireland do if the population grows even more, there hasn’t been the government with the foresight to build a city and country for an ever growing population. The utes are disillusioned but who do they vote for? A bunch of shriekers like paul Murphy whos maifesto is past laughable or the pretend ira in their celtic pyjamas equally disconnected from reality?

Our hospitals are a complete Fuck up and filled with foreign staff… And we could go on… When unregulated capitalism rules the day,

you are dead to me you sick cunt

should they vote for FF who caused the crash or right wing parties such as FG & labour who dont give a fuck about them?